LOS ANGELES, CA / ACCESSWIRE / January 20, 2021 / When most students move away from home to go to college the only thing on their mind is partying and going to class. Unlike those students, Justin Escalona was able to turn a $100 investment into a company worth over $5 million dollars in only four years while attending the University of Southern California School film school. When Justin was living in his freshman dorm, he created a streetwear company called 1340 COLLECTIVE. 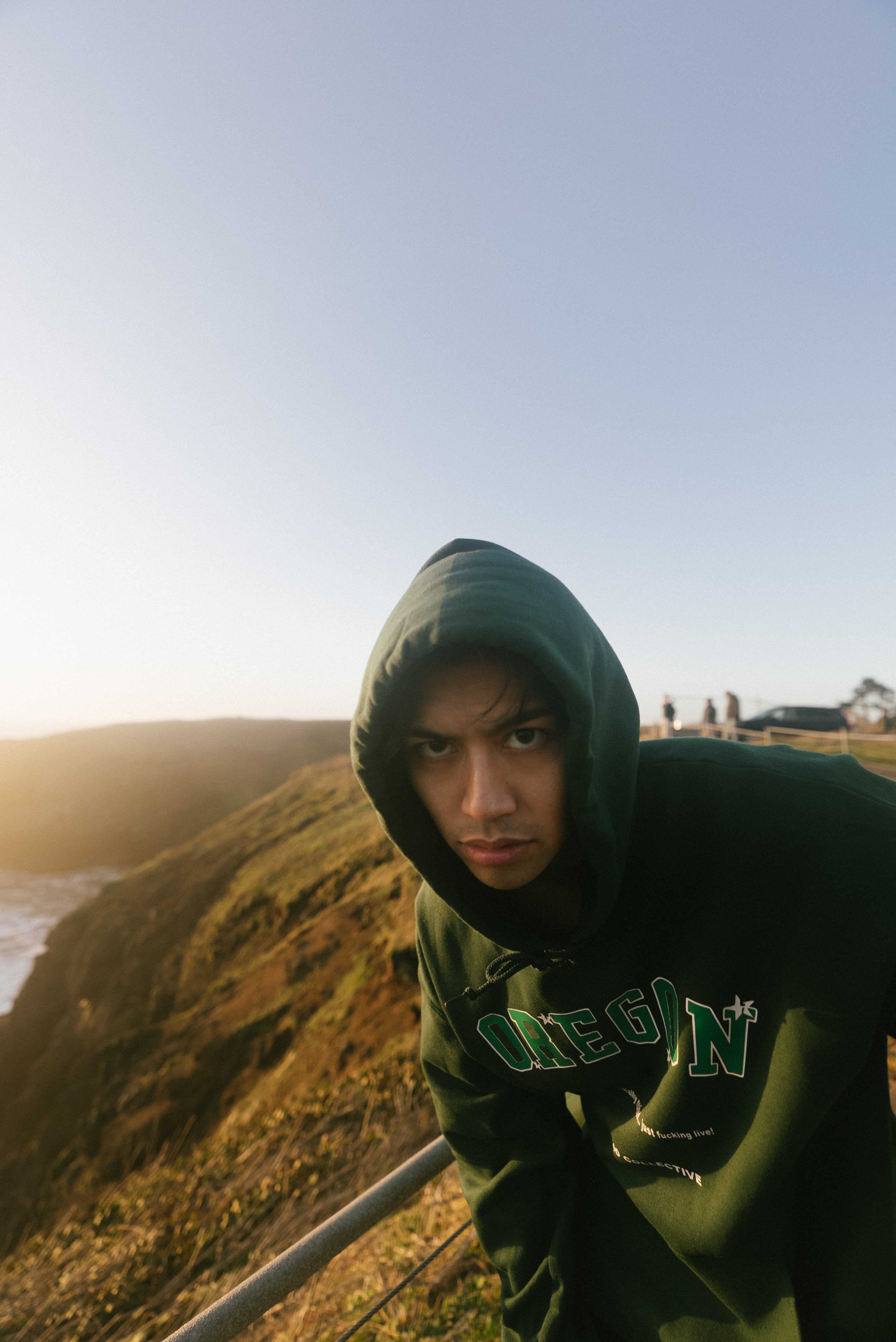 When asked why he first created the company, Escalona says, "The company was created as a joke to prove to my friend living down the hall that I could make a better clothing company than he could. The name '1340' was actually just the number of my freshman dorm room at USC." In only the first week of the company being activated, 1340 generated over $20,000 in sales. Since then, Justin has been scaling the company at a rapid pace, and his clothes have since frequently been seen on a multitude of A-List celebrities. 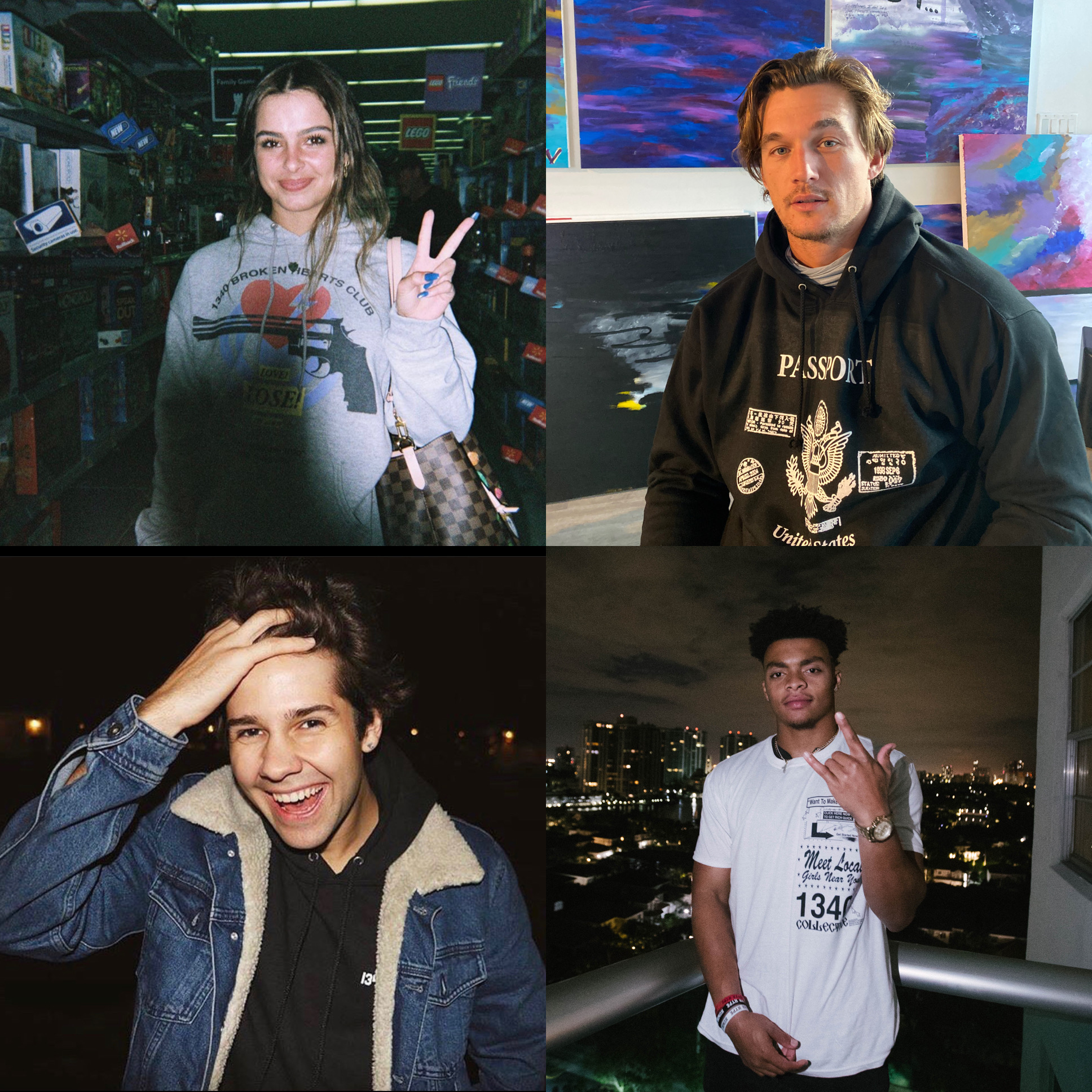 In today's world, the barrier of entry to building an e-commerce store is very low. Pretty much anyone can make their own shop if they have a few hundred bucks to pay for a website and samples. Justin found extreme success during the early stages of his growth by selling direct to consumer. 1340 classifies their new clothing collections by monthly "ROUNDS". When Escalona was marketing ROUND 1, he found himself in a tough position where most print shops had a minimum order quantity that he could not afford. With only $100 to his name, he found a place that would print just one unit with the promise he would use that company once real orders came in. With that one sample, Justin used it to take over twenty marketing photos. He had his friends take a picture wearing it then take it off and hand it to the next person to take a picture with it on. This created a perception that his brand was much bigger than it really was. The shirts went live on the website and Justin would use the money from the orders to pay for the production of the shirts he was selling. With this model, it allowed Escalona to have zero overhead while selling hundreds of t-shirts.

Justin believes in the philosophy of selling stories, not products. With every piece he tells a story through his clothes. In his upcoming collection, it features a collegiate typeface that says "OREGON". Recently, Justin has made the decision to re-locate out of Los Angeles in order to find new inspiration. He moved to the middle of nowhere in Oregon to try something new. The hoodie features a quote under it that says, "and I finally realized... Just live!". It serves as an homage to the new chapter of his life while also providing commentary towards the idea that a lot of people get stuck in a mundane routine and forget to enjoy themselves. Having relatable stories in his clothing has allowed him to sell so many units over the years.

Before Justin's primary focus was on designing clothes, he used to be a concert photographer for rappers in the Chicagoland area. When he was only in 8th grade, he would sneak into concerts at local venues and pretend to be a press photographer. Justin would put his dad's camera around his neck and walk right past security. He was known for being able to get backstage and meet many of the artists performing. Justin did this every single weekend for four years building up a massive rolodex of people in the industry. He developed many friendships with these artists which has proven to be a vital aspect of 1340 COLLECTIVE.

When Justin would go to these concerts or asked to take pictures on a tour, he would always do it for free. Many of the musicians he would photograph took notice of this. In the world of freelancing, doing things for free is more valuable than asking for a small payment. Justin is quoted saying, "Money doesn't make you rich, relationships do." By sacrificing a standard fee of $200 to take photos and doing it for free, Justin built up very strong friendships with some of the top artists in the industry. In our interview with Justin he went on to say, "Many of the artists I would shoot had the money to pay me and even offered, but I would always say no.

One day down the line this will all pay off in a much bigger way rather than taking a few hundred dollars. You have to think when one of these artists thinks to themselves "oh who should I hit up to take photos?" There's a 90% chance they're going to hit up the guy who's always down to work for free instead of the person charging $150." The way Justin cashed in on all of his favors was by having his friends take photos wearing 1340 clothes and posting it on social media. This is how he was able to garner so much attention towards his clothing almost overnight. Having artists with over one million followers post a branded photo can cost anywhere from $50,000-$250,000. Social media is the new gold mine for advertising if done correctly. Whenever Justin does marketing campaigns on Instagram, he makes sure to always target a niche at a time. He is currently running a large-scale campaign right now with NFL and NHL athletes. He has yet to pay a single dollar for a post.