DETROIT, MI / ACCESSWIRE / March 08, 2021 /The world has had its fair share of some amazing girl artists, girl duos, girl groups and girl bands. But the world wouldn't have expected to see it done the way these TikTok stars do it! 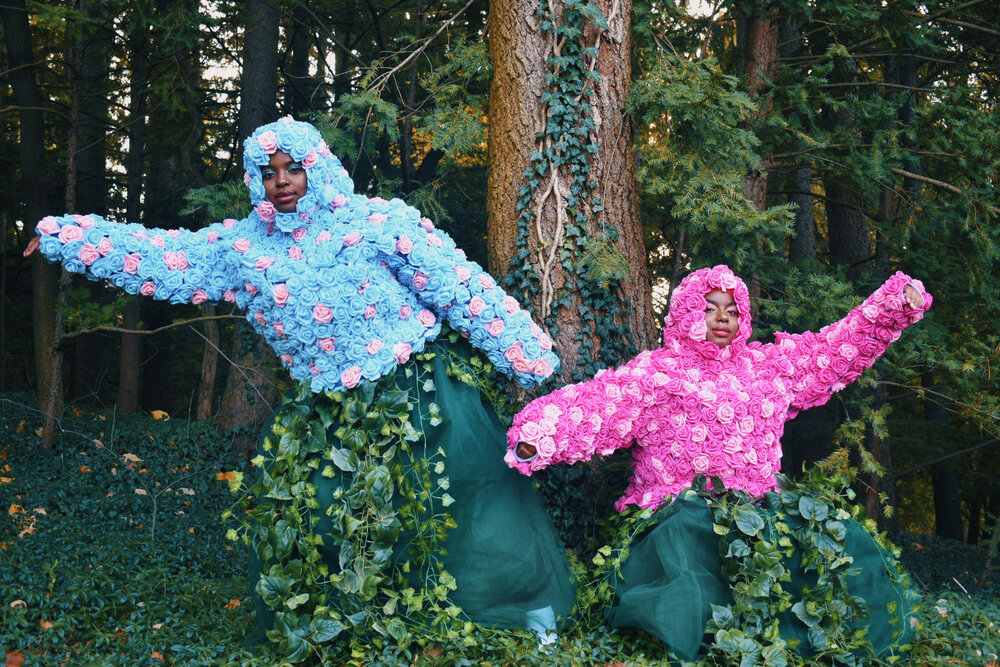 The next big duo, Aint Afraid aka the TwinSZ is the world's first multi-talented Muslim Girl singing and rapping duo made up of twin sisters Straingth and Wizdumb, who are universally described as a multi-talented double dose of dopeness. With over 600 thousand followers across social media platforms, this dynamic duo strives to create art to project positive messages in ways that people will listen. And trust me when I say, the world is listening.

Aint Afraid's work has been described as a bursting harmonious mix between such great talent as Lauryn Hill, Normani, and Alessia Cara. if that wasn't enough, they are often referred as the Muslim CardiB and the Muslim Beyonce. Growing up, they were introduced to all kinds of genres which included Michael Jackson, Musiq Soulchild, Fugees, and Black Eye Peas.

Vogue Arabia has identified them as "The New generation of Black, Female, Muslim emcees". Across their social media their work has been viewed more than several million times, and their comments are filled with love and appreciation for the ‘Aint Afraid' platform. They are recognized for their in sync dance performances, entertaining flows, and bold fashion looks. All while preaching positivity, sharing their faith, and advocating for change. There is no question that they are phenomenal. However, nothing this great happens over night. So, How did ‘Aint Afraid' come to be?

Being twin sisters, it's no surprise that this duo has been performing together all of their life. Encouraged and mentored by their mother ( an artist herself ), these artists have a lot of history building their experience in music. Before establishing the name Aint Afraid, the sisters were very well known in their communities as extremely community engaged young people and used their talents while doing so. 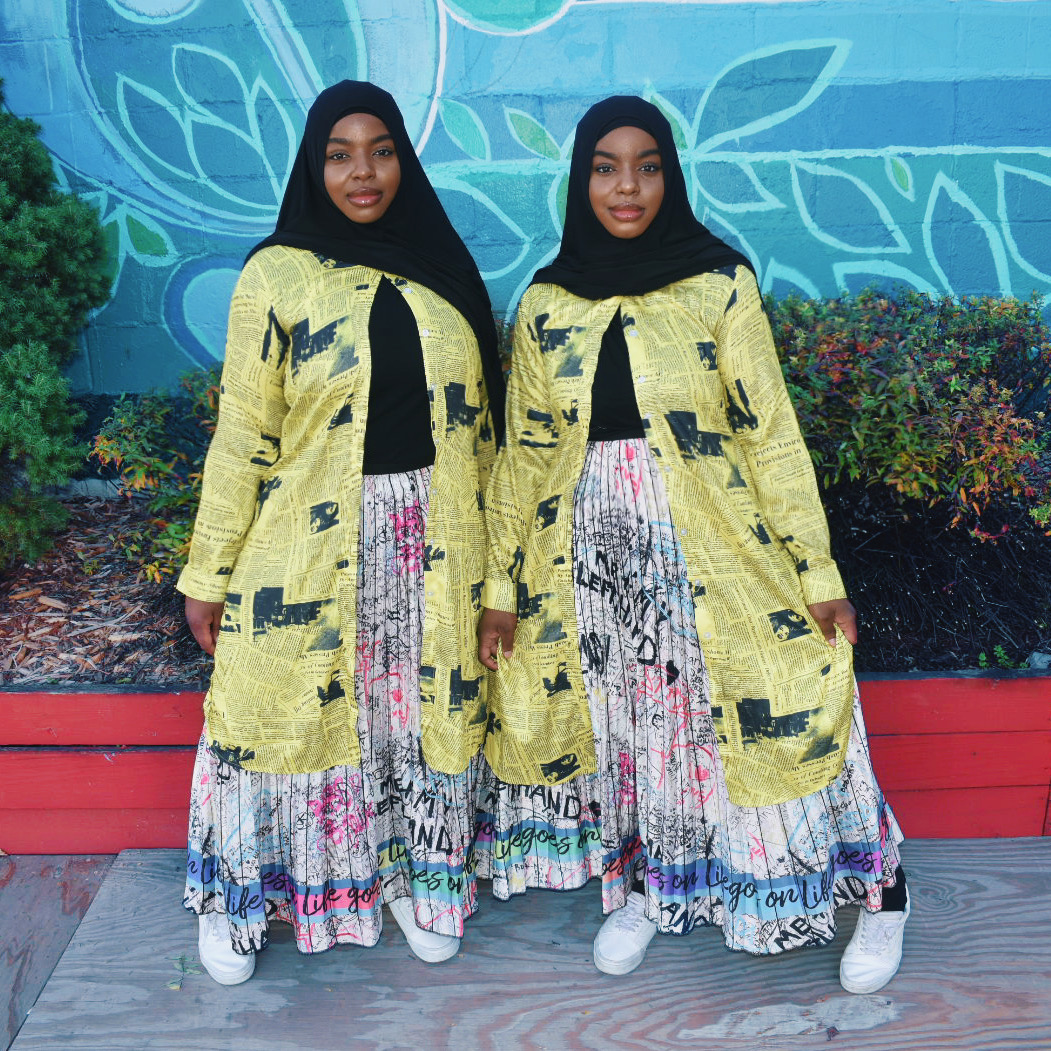 "We're used to being the only Muslims in the room." Says WiZdumb on their instagram live.

"Its bitter sweet, we are grateful to be a voice for people like us, and we look forward to the day when there are more voices at the table." Says Straingth on their Instagram live.

Heavily involved in their local community in Michigan, they made headlines and history becoming the first duo awarded the Young Citizens of the Year award in their county. This annual award is traditionally granted to one highschooler a year, Straingth and WiZdumb unsurprisingly broke custom.

This wouldn't be the last time either. Just a year after starting their online presence with Aint Afraid, The sisters took stage as the first Muslim Females to be highlighted performers for MAS Con (an annual convention that more than 20,000 people attend). They did this without having recorded music out at the time. However, that would change soon.

While the world went through the shock of a Covid-19 pandemic and country-wide quarantine, Aint Afraid took time to process their new reality as performing artists and then "hopped right into the booth" says Straingth.

Aint Afraid released their first couple of singles in summer of 2020. They had plans to debut what they thought would be their first music video for their single LBP by Aint Afraid ft. Ventaged. Unfortunately the video failed, but the world was still enlightened by a visually capturing TikTok of the girls performing the routine for LBP during shoot day. This went viral across all social media and is the song they are most recognized for today.

This song going viral caught the attention of many, including record labels although they chose to remain independent at this time. In a TikTok with over 300 thousand views, Aint Afraid shares how having conversations of potential business ventures with these record labels stalled their music plans.

In this same TikTok they excitedly announce the release of their newest single, Bonnie and Bonnie. An anthem for best friends all over the globe. Since February 26th 2021 of the release, Aint Afraid has shared videos of best friends using their song to create content.

Reading through comments under their posts, it is evident that fans are ready for more Aint Afraid music. And Aint Afraid is delivering.

On March 19th 2021, Aint Afraid will have released their long awaited freshman Album, Ain't Afraid. The duo describes Ain't Afraid the album as a Self Love, Share Love, Spread love challenge while being Ain't Afraid of doing so" says WiZdumb. Click here to pre-save the Album now.

In collaboration with We Can Be Music record label, Aint Afraid will promote the album with a free Virtual Music Festival scheduled for March 27, 2021. Follow Aint Afraid on any of their social media platforms for the most up to date information. 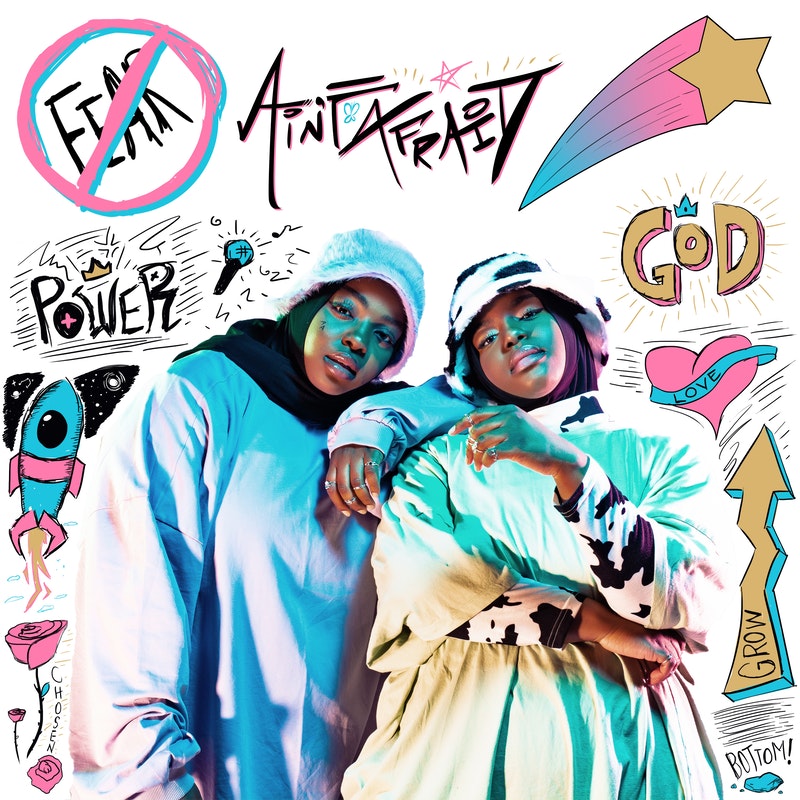 Among many things we have witnessed from this twin sister superstar duo, one important thing to note; no matter who you are, you absolutely can!

Check out Aint Afraid's music video for their latest single, Bonnie and Bonnie, a release from their upcoming album.