Cinedigm Slashes Its Way to the Forefront of Horror Streaming With Latest Acquisition: Bloody Disgusting - The Leading Source of All Things Horror

LOS ANGELES, CA / ACCESSWIRE / September 21, 2021 / Cinedigm (NASDAQ:CIDM), the leading streaming company focused on enthusiast fan bases, announced today that the Company has acquired Bloody Disgusting, one of the internet's premiere horror destinations. The move accelerates the Company's plans to slash its way to the top of the ever-popular horror genre and follows its acquisition of genre streamer Screambox earlier this year. Cinedigm's combined offering now offers fans the quintessential streaming screamfest with subscription-based, ad-supported and FAST linear options, just in time for Halloween. 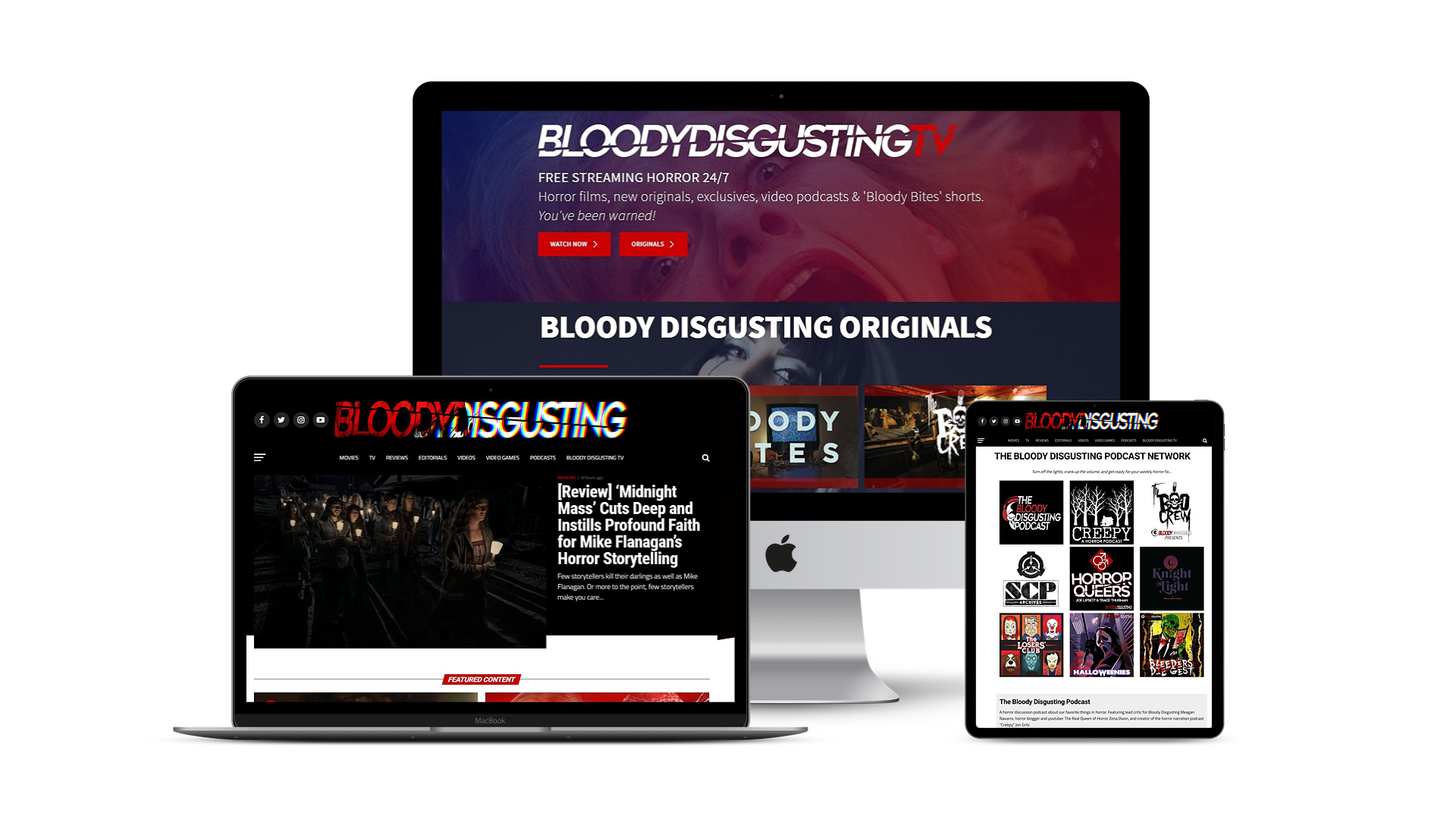 Launched in 2001, Bloody Disgusting has become synonymous with the horror genre itself, covering film, television, video games and more. All in, the Bloody Disgusting Media Brand reaches more than 30 million unique horror fans annually across its website, the Bloody Disgusting podcast network, the BD app and via their social footprint. Starting off with film and television reviews, the site branched out into production in 2011, creating the spine-tingling film series V/H/S.

Last year, Cinedigm partnered with the company to launch Bloody Disgusting TV, a free to view ad-supported streaming channel covering a wide-range of horror content. After launching as a Roku exclusive, the channel quickly found a foothold with horror fans serving genre favorites like The Collector, The Hills Have Eyes and The Re-Animatorand more.

The Bloody Disgusting acquisition is the ideal complement to Screambox,called "The Perfect Horror Streaming Alternative to Netflix" by Tech Times and named one of the best Streaming Services for 2021 by PC Mag. Screambox's catalog features a broad mix of content for casual and die-hard horror fans alike with films and episodes delivering every type of terror imaginable -- Supernatural, Slashers, Classics, Zombies, Psychological and more. The service, which launched in 2015, is widely available across the web, mobile devices, Connected TVs, and as an Amazon Prime Channel. As part of the Bloody Disgusting acquisition, the Bloody Disgusting team will be managing the Screambox subscription-based service going forward.

Cinedigm'sstreaming channels will be refreshed monthly with content from both of these esteemed libraries. The Company will also continue to aggressively acquire new original content to ensure its position as the leading digital and streaming community for horror enthusiasts. One of the first is the highly anticipated original series The Islandthat, according to DW Akademie, "blurs the line between pandemic fantasy and reality." The eight-part series centers around a remote island in the North Sea that falls victim to a merciless and mysterious virus. Cinedigmalso recently acquired Brain Freeze, the zom-com favorite that opened this year's Fantasia International Film Festival. In addition, the Company will premiere the sinister feature Not Alone exclusively on their channels this October. The film, which was just selected to play in Cannes International Independent Film Festival, stars Pat Healy (Draft Day, The Post) and Sarah Schroeder-Matzkin (The Trial of the Chicago 7, Bloodshot).

"Bloody Disgusting is a huge streaming opportunity for Cinedigm," said Chris McGurk, Chairman & CEO of Cinedigm. "Having acquired Screambox earlier this year and having distributed hundreds of horror film and TV titles over the years, we understand the enormous potential that lies within the horror genre. As one of the most passionate fan bases, the community remains largely underserved. By acquiring Bloody Disgusting, we hope to create a larger, more accessible user experience for enthusiasts to discover, stream and discuss the genre with the objective of becoming the number one global streaming destination for horror fans everywhere. In addition, this acquisition should be immediately accretive for Cinedigm."

"Cinedigm'svision for digital expansion is what makes me confident that they are the right company to join to help bring the vision of Bloody Disgusting into the new streaming generation," said Brad Miska, Co-founder of Bloody Disgusting. Tom Owen, Co-founder, adds: "Working with Cinedigm has made it clear that they share our passion for the genre. Their acquisition of Screambox, in addition to our work together bringing Bloody Disgusting TV to life, has allowed me to witness the forward-thinking passion they infuse into all of their endeavors. We're excited to mobilize the Bloody Disgusting team to execute against the larger opportunities in the horror vertical."

An innovator in the digital transformation of the entertainment industry for more than two decades, the deal continues Cinedigm'score mission to entertain the world by building the world's best portfolio of enthusiast channels and services for the streaming generation. Through a diverse mix of premium SVOD services and dedicated AVOD and FAST channels, Cinedigm's streaming portfolio reaches indie film (Fandor), horror (Screambox & Bloody Disgusting) and family entertainment (Dove Channel), as well as dedicated channels for iconic entertainers, led by Bob Ross (The Bob Ross Channel) and soon Elvis Presley (The Elvis Presley Channel). Cinedigm's ultimate goal is to build destinations that immerse viewers in content they love while staying at the forefront of technology as the streaming industry continues to evolve.

ABOUT  CINEDIGM
For more than twenty years, Cinedigm (NASDAQ:CIDM) has led the digital transformation of the entertainment industry. Today, Cinedigm entertains hundreds of millions of consumers around the globe by providing premium content, streaming channels and technology services to the world's largest media, technology and retail companies. For more information, visit http://www.cinedigm.com/.

financial information that the Company posts on its website, disseminates in press releases, SEC filings and on the social media channels identified above, as such information could be deemed to be material information.