Introducing the "BSCWIN Bulls Eden": A Movement towards the People’s Lottery

NEW YORK, NY / ACCESSWIRE / November 15, 2021 /"Everyone in the world should have access to a fair and trustless lottery system that cannot be controlled, manipulated or exploited by central entities, regardless of age, sex, ethnicity, color, income, sexual orientation, or religion." 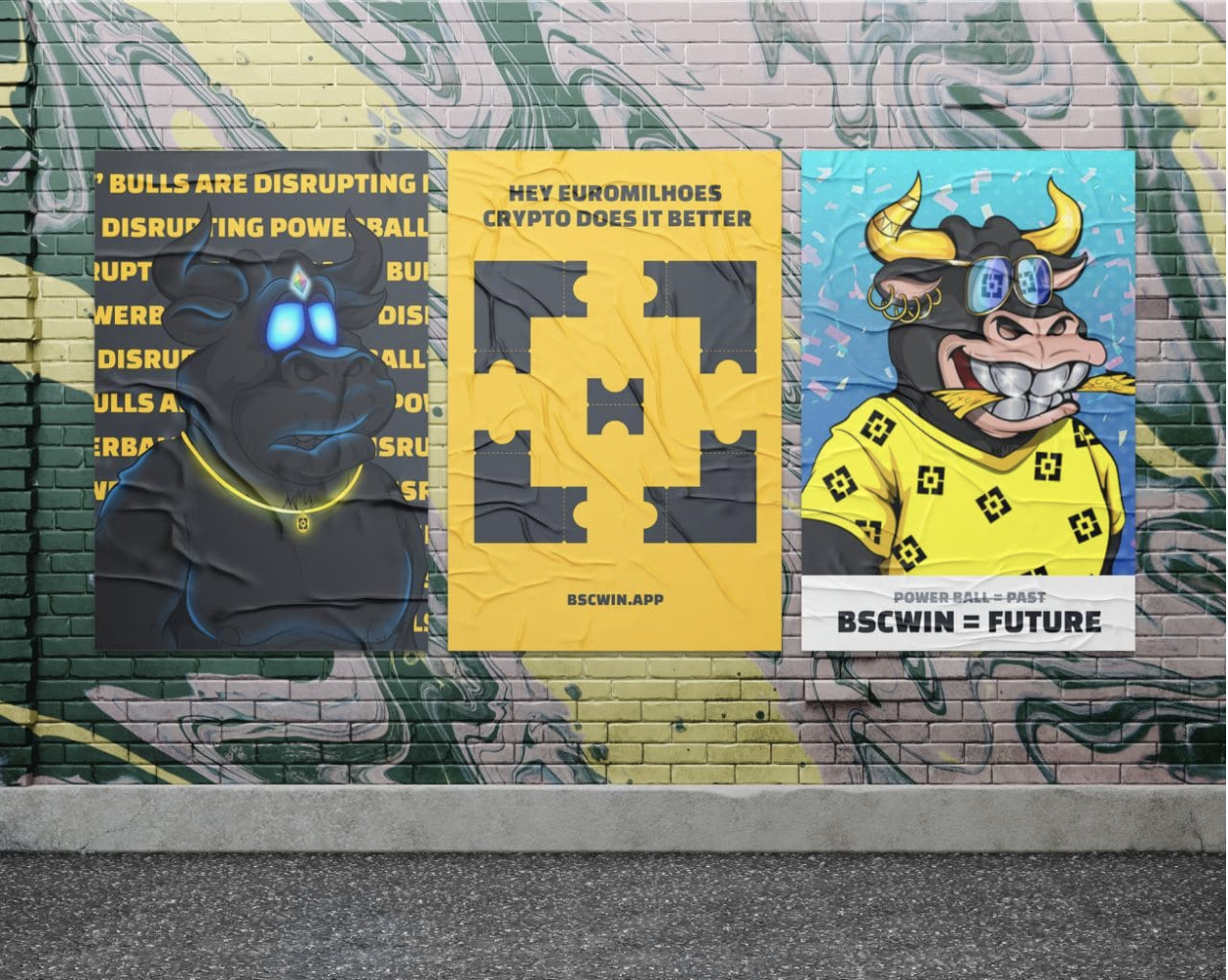 Lotteries are supposed to be life changing events to ANYONE that participates in them. Conceptually, they are a gift from the people… to the people, and reflect hope. However, the truth is that the odds of winning in the most common traditional lotteries are almost… null. People are teased with a HUGE life changing prize but the actual odds of winning it are less than one in a million. On top of that, they are very infrequent, with draws only once or twice per week.

Central entities have created a monopoly in the conduction of lotteries around the world, by taking complete control of the whole chain of processes regarding fund collection, ticket issuance, winner selection, and lottery payout. This has given governments the power to impose massive taxes to lottery payouts and limit several people from participating. Therefore, this has rendered the credibility of existing centralized lotteries questionable and has significantly reduced their extractable value - traditional lotteries pay out less than half of the funds generated to the winners. People are starting to lose trust towards governments that take away more than 50% of their deserved lottery prizes, while they are risking 100% of their capital.

The majority of households eager to participate in lotteries are located in developing countries that are at the low end of the wealth distribution curve; based on current economic standards, the expected returns versus risk ratio numbers for these groups are very low, making their participation to traditional lotteries prohibitive. Considering the above, how many lives do they really change? How many people have to pay for a single person to win it all? Isn't there a way to affect more people in a positive way?

A Movement Towards the People's Lottery

The BSCWIN Bulls Movement aims to disrupt traditional lottery systems by developing a radical ecosystem - a.k.a. the BSCWIN Bulls Eden, where everyone in the world has access to a fair and trustless lottery system that cannot be controlled, manipulated or exploited by central entities.

$BSCWIN - the lottery ticket and the currency within the BSCWIN Bulls Eden metaverse is currently worth $0.15 per unit. One $BSCWIN is one lottery ticket to an eternal lottery that never expires and rewards users every 6 hours. At the time of this post, there have been 5 lottery payouts, each approximately worth $750; in fact, one user holding $27 worth of $BSCWIN earned $717 from a lottery payout, proving the fairness and accessibility of the lottery mechanism (transaction proof), almost a 30x ROI on their investment, without losing the lottery ticket. This is very accessible to everyone in the world, offers huge ROI, low risk, and can be a life changing prize for many people.

The BSCWIN Bulls Eden aims to absorb a great part of the crypto community and form a DAO managed by BSCWIN Bulls NFT holders to disrupt a multi billion dollar industry. "We're the first borderless international lottery, built by and for the people. The first to be fully decentralized and completely transparent. The only lottery to completely cut the middleman out (aka the ‘house'). It's only a matter of time before people become yellow pilled." said George, Researcher from Fera Capital DAO.

Compared to similar projects in the crypto space, $BSCWIN can realistically reach $1-$10 per ticket and provide daily lottery payouts on the order of $7k-$70k.

Learn more about us below: