The Film, From the Duplass Brothers, Debuted at the Tribeca Film Festival Earlier This Year 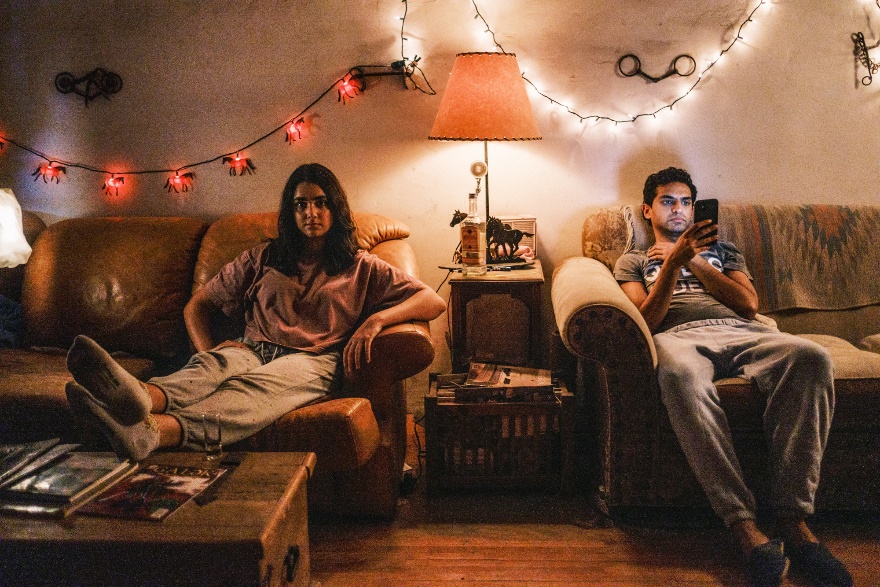 7 Days was Written and Directed by Roshan Sethi, who began his career of writing as a student at Harvard Medical School and co-created Fox's The Resident while finishing his residency. 7 Daysfollows Ravi (Soni) and Rita (Viswanathan) who are set up by their traditional Indian parents on a pre-arranged date and seemingly have nothing in common. He's conservative and nervous while she does her best to continue to smile politely. When a shelter-in-place mandate is issued as the COVID outbreak intensifies, Ravi is forced to spend the night at Rita's. Soon he sees that she's not the straight-laced girl she pretended to be. As their time stuck together stretches towards a full week, the pair develop an unlikely bond, and in the face of a heartbreaking turn of events, that bond grows into something stronger.

"Through Roshan Sethi's deft direction, 7 Daysreminds us that the best relationships surprise us, make us better people and push us outside of our comfort zones," said Yolanda Macias, Chief Content Officer at Cinedigm. "Karan Soni and Geraldine Viswanathan bring impressive comedic timing and genuine emotion to their roles as these two charming, imperfect and utterly relatable romantic leads. We are thrilled to share this festival favorite with audiences everywhere."

"We made this movie as a loving ode to the traditional arranged marriages that raised many of us," said Sethi. "The story is meant to both embody and subvert the expectations of romantic comedies. We think it's a love story you haven't seen before rooted in the hilarity and warmth of Indian-American culture."

"Having worked with Karan when he was an actor on Safety Not Guaranteed and later during his Directorial Debut in Room 104,I was thrilled when he and Roshan brought us this project," said Executive Producer Duplass. "7 Daysrepresents millions of stories, not only of where you were when this hell of a year happened, but who you were with when everything shifted. I think audiences will see themselves in these characters because they represent a real part of all of us, and hopefully, they are left with a feel-good high from this hilarious, unique, heartfelt story."

The deal was negotiated by Melody Fowler, VP of Acquisitions, on behalf of Cinedigm and ICM Partners on behalf of the film. The Duplass Brothers Productions are repped by ICMP.

For more than twenty years, Cinedigm (NASDAQ:CIDM) has led the digital transformation of the entertainment industry. Today, Cinedigm entertains hundreds of millions of consumers around the globe by providing premium content, streaming channels and technology services to the world's largest media, technology and retail companies. For more information, visit http://www.cinedigm.com/.

Under their banner Duplass Brothers Productions (DBP), award-winning filmmakers Mark Duplass, Jay Duplass and Mel Eslyn create original projects for film, television, and digital media. In television, DBP is under a first-look deal with HBO which has yielded the hit series ROOM 104, TOGETHERNESS, and the HBO animated series ANIMALS, which sold after premiering at Sundance in 2015. Currently, DBP is producing a series for HBO starring Bridget Everett.

DBP is also active in the docuseries television space, best known for producing Netflix's WILD WILD COUNTRY, winner of the Emmy Award for Outstanding Documentary or Nonfiction Series in 2018. Most recently, DBP produced the popular series THE LADY AND THE DALE on HBO, which followed Elizabeth Carmichael, a larger-than-life entrepreneur who rose to prominence in the 1970's with her promotion of a fuel-efficient, three-wheeled car known as The Dale. The team also produced Hulu's SASQUATCH, ON TOUR WITH ASPERGER'S ARE US for HBO, and EVIL GENIUS for Netflix.

In film, Mark and Jay first gained recognition in the early 2000's for writing, directing and producing several acclaimed independent and studio films, including THE PUFFY CHAIR, BAGHEAD, CYRUS, and JEFF, WHO LIVES AT HOME. DBP's numerous feature film credits in the decades following have included THE ONE I LOVE, TANGERINE, SAFETY NOT GUARANTEED, CREEP (1 & 2), THE OVERNIGHT, BLUE JAY, HORSE GIRL, PADDLETON, OUTSIDE IN, DUCK BUTTER, and THE SKELETON TWINS. DBP recently released Natalie Morales' directorial debut LANGUAGE LESSONS, as well as the documentary NOT GOING QUIETLY about the life and work of the activist Ady Barkan.

Sponsored
Also read
The Finnish Financial Supervisory Authority has approved the merger and listing prospectus concerning the combination of Sievi Capital plc and Boreo Plc
Sanoma Corporation – Acquisition of own shares on 29 November 2021
Interim dividend fiscal year 2021
BNP PARIBAS Group: Share buyback - declaration of transactions in own shares from 22 to 26 November 2021
Jack Dorsey resigns as CEO of Twitter
Trial of Ghislaine Maxwell, former girlfriend of Jeffrey Epstein, set to begin
DefiHorse Partnership with Exnetwork Capital Announcement
Barbados is cutting ties with the Queen — but lack of public vote has some island residents asking why