VANCOUVER, BC / ACCESSWIRE / November 24, 2021 /Vancouver-based author Bodhi JMS Ryder is set to release his new fantasy adventure novel. The novel entitled "Eien Cosmos" is the culmination of ten years' worth of writing and creativity. 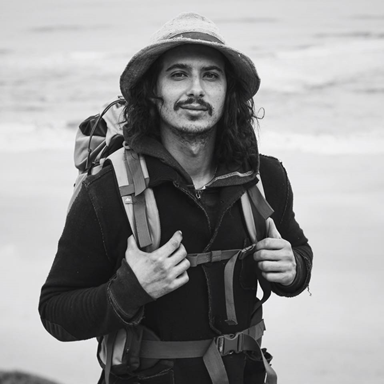 "The book took a very long time to write because I wanted to ensure that the story was very detailed and that I stayed true to my inspiration," said Ryder.

The book unravels the tenets of the Eien Cosmos and the hidden secrets that lie within it. It is a grandiose story that weaves a masterfully crafted plot that weaves into itself and the unknown. Eien Cosmos is character-driven as it focuses on exploring worlds, both earthly and beyond our imagination. Bodhi puts a spotlight on common aspects of life that we all share, such as love, fear, friendship, family conflict, and even death. Through a series of events that lead into a crescendo of action and suspense, the character's personalities are brought forward as they learn how to overcome challenges without losing their humanity or identity.

Ryder's ability to write fictional yet super-relatable characters is spectacularly on display in Eien Cosmos, and fans of the fantasy genre are sure to find themselves engrossed in the journeys of each character in the book. And with outstanding pacing and character development was thrown into the mix, Eien Cosmos promises to be the most ambitious work that Ryder has ever penned down. Plot twists feature heavily in the book and are masterfully interwoven with different aspects of the incredibly detailed world that can only be expected of a writer as imaginative as Ryder. If Ryder's previous works are anything to go by, Eien Cosmos might just turn out to be the defining work of his career.

A Life Inspired By Fantasy And Adventure; Making it as an author isn't an easy feat. In an age where nearly anyone can publish their work, finding a publisher can be difficult. In a short period, Vancouver-based author Bodhi JMS Ryder has established himself as one of the premier fantasy and adventure novel authors. Whether it be in books, movies, or games, many people are familiar with the various components of fantasy and adventure. It's an idealized world where everything is possible. While many out there seek to create their fantasy land filled with magic and wonder, few have achieved this dream. Among these is Bodhi JMS Ryder.

Ryder, a self-described "writer, hiker, and entrepreneur," has been writing for as long as he can remember. He has always been a storyteller but writes because he loves it.

"I write because I love to play in a world with unlimited imagination and creativity," said Ryder. "I love creating new worlds, characters, stories, and adventures for people to experience. I love sharing those worlds with people." Bodhi JMS Ryder is a young author who has quickly climbed the ranks of the writing world. With the help of co-creators, his published books have now appeared on Amazon's #1 bestseller list several times, including his most recent release, A Zodiac's Myth. The novel also has a companion series that stems from it - featuring artwork and other forms of media - that can be found on the official website: https://bodhiryder.com/.