Keira Keeley is the Subject of a New Interview

The award-winning stage actress sat down with a freelance journalist to discuss her life, her career, and her professional philosophy.

NEW YORK, NY / ACCESSWIRE / November 25, 2021 /It is with great enthusiasm that award-winning stage actress Keira Keeley announces that she is the subject of a new, in-depth interview. The interview, which was conducted by an online periodical that concentrates on matters relating to health and wellness, touches on a variety of topics, ranging from her personal history to her performing technique. 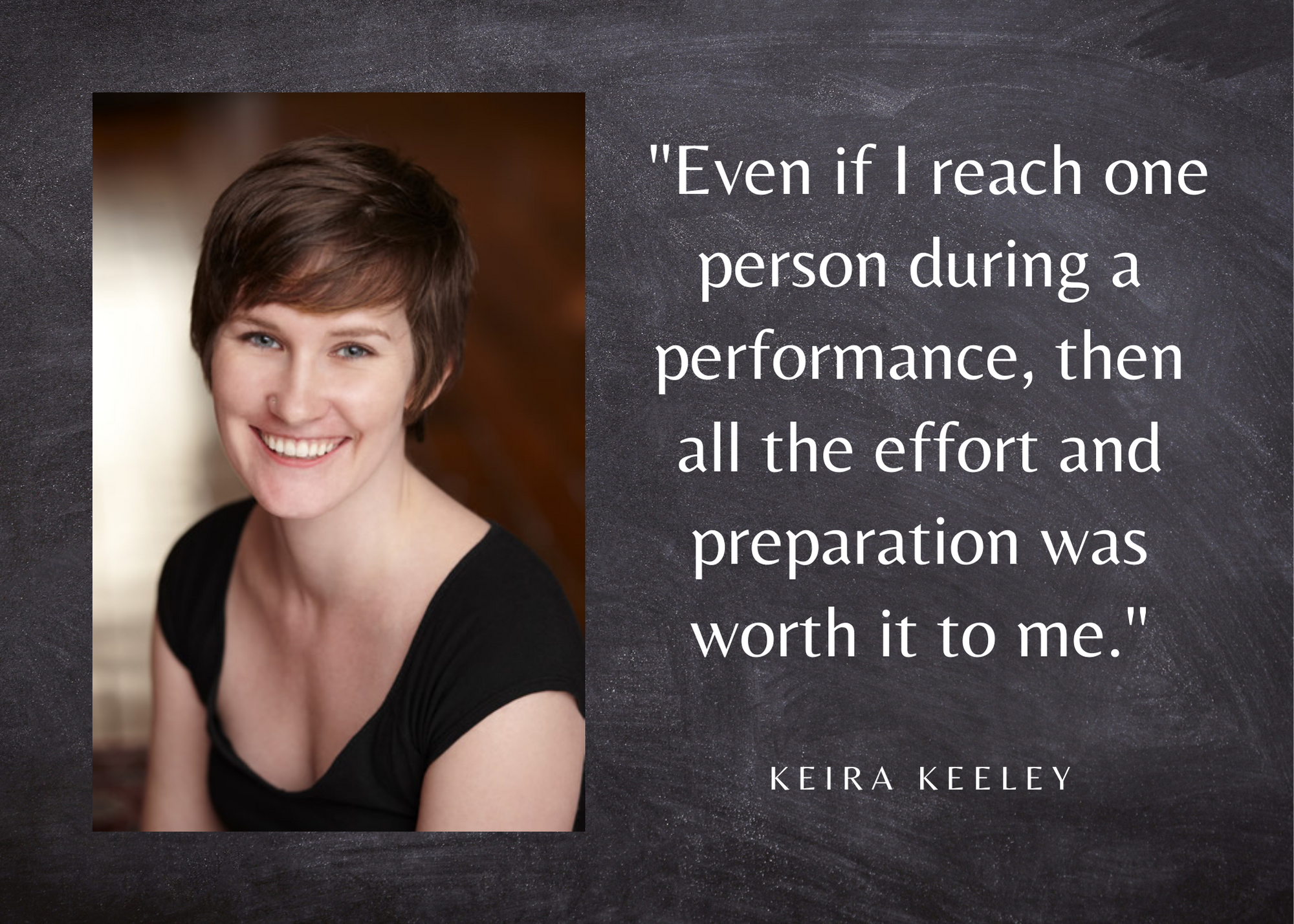 At the outset of the piece, Keira answers a question about her artistic motivation, explaining some of the core reasons she loves being a stage actress. "Curiosity. The challenge. The payoff. Diving really deep into a work or a character and having that dialogue with each and every member of an audience. Even if I reach one person during a performance, then all the effort and preparation was worth it to me. I have had those experiences. It's the idea of holding a mirror up to each audience member so that they can, in a safe way, witness or learn from what I am presenting or embodying in order to absorb it into their own life. You should be different when you leave the theater from when you came in."

Further along in the interview, Keira Keeley dispenses some sage advice to young people harboring dreams of becoming professional stage actors. "Try to perform all the positions in a production. I mean, sound, lighting-everything. Do as many as you can. Acting might be your dream, or directing, or any other creative position or administrative position, but try to do as many of the roles in a production as you can," she advises, elaborating, "It teaches you respect and humility. It teaches you about everything that goes into a production, and it teaches you to appreciate the other roles."

Anyone interested in reading the full text of the interview is encouraged to keep watch for its publication in the coming days, while anyone curious to learn more about Keira Keeley is encouraged to visit her professional website.

Keira Keeley is a professional stage actress based out of New York City. Although she wanted to be an actress from early childhood, her ambitions began to really take shape in college, where she immersed herself in the theory and craft of acting. Keira even took the helm directing a few projects, one of which was awarded with her college theater department's equivalent of best production. She graduated with a double major in theater studies and English.

After moving to New York City, Keira Keely paid her dues as a struggling artist before finally performing in enough productions to earn membership in the Equity Union and the Screen Actors Guild (SAG). Since then, she has worked steadily, garnering praise and recognition for many of her roles. Some of her theater credits include Angels in ‘America parts 1 & 2,' ‘The Thugs,' and ‘The Glass Menagerie,' for which she was honored with the Theater World Award in 2010. Keira Keeley has also made inroads into television, having obtained roles on the TV shows ‘Elementary,' ‘A Night Out,' and appearing as a regular cast member on the AMC mystery series ‘Rubicon.'