RALEIGH, NC / ACCESSWIRE / November 29, 2021 /Enzo is a twenty-six year-career-retired cop, who has just released his autobiographical book earlier this year, Tales Of A Street Bull.The police have always been a controversial institution, and in this book, Enzo paints a picture that reflects the gritty realities of what it's like to be out on the field. 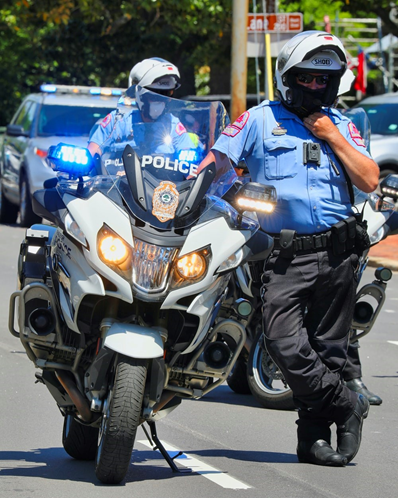 According to ENZO, "This book is just my attempt to bring to light how tough it really can be out there for cops. Typically, society is a lot more empathetic to army veterans, which is what PTSD is often discussed in association with. It's strange but traumatic PTSD also features heavily in the lives of police officers. The only difference is that people don't talk about it as much."

In the book, Enzo walks the reader through the humorous and the ridiculous, the strange and the weird, and the tragic and harrowing aspects of life as a policeman. In a time where public opinion against cops has become extremely skeptical, Tales of a Street Bull serves as a spirited defense of the profession and gives voice to the countless officers that have suffered just as badly as the public that feels wronged by instances of injustices from the police. "To be honest," says Enzo, "I understand the anger, the outrage, the frustration that people may have against the police, considering how frequent news of misdemeanors, corruption, and plain prejudice in police have come to the fore, but I assure you that no one hates a crooked cop more than an honest one."

While it is a big ask for anyone in police to influence public opinion with a book, Tales of a Street Bulldoes one thing admirably well - it humanizes cops, which is a fact that the strongest critics of police seem to have forgotten. Without brushing aside the very real problems with the police, it is also important to remember that good cops still exist, are still humans like the rest of us. This makes Tales of a Street Bull a truly refreshing read, brimming with authenticity, and extremely readable stories about one cop's long career.

Police officers swear an oath, which gives them certain powers such as arresting people and detaining them from particular activities for a limited time. Nevertheless, charging is not the only responsibility that lies on a cop's shoulders. Some officers are trained in special duties, including counter-terrorism, civil law enforcement, surveillance, VIP protection, child protection, and investigation techniques into major crimes, including fraud, murder, rape, drug trafficking, and so on. The primary duty of a cop is to ensure that residents live a safe and secure life. Their focus lies in protecting people's lives and property, and all responsibilities relate to this major cause. In almost all situations, law enforcement officers are expected to fulfill their responsibilities despite the fact that they are on or off duty.

Additionally, police officers are given exemptions from certain laws to perform their duties to inoculate disciple, peace, and harmony in the state. For instance, if needed, an officer may use force to arrest or detain a criminal when it would ordinarily be assault. in some cases, officers are also allowed to break road rules to perform uninterrupted duties.

One Side Of The Coin

One can tell without any scruple that the immense responsibilities and public dealing can leave a substantial impact on law enforcers' lives. As mentioned by ENZO - a twenty-six year-career-retired cop - in his book, Tales Of A Street Bull,many calls mold the officers and cost them their own sanity. Some officers do not know how to deal with the situations they face regularly and thus go through traumatic PTSD, which is no different than military PTSD.

Apart from suffering from severe depression, some law enforcement officers also use humor as a vent to mask their daily sufferings. But the case gets out of hand when some cops resort to violence or alcohol. These are a few reasons why cops do things the way they do and assume that no one could understand them except other cops.

However, their sufferings do not end here. To add more, it is hard for the law enforcers to manage personal and work life together, as their profession somehow impacts their families too.

Divorce rates amongst cops are incredibly high, and so is the suicide rate. "Many cops die mining 5 years of retirement. A good friend of mine died before he got his first retirement check," says ENZO.

Most police officers are considered cynical because the public thinks that the police and system solve every problem. Cops are not immune to the vagaries in the divisiveness of society and the emotional outcome associated with it. Hence, they are exposed to human misery and conflict, which at times makes them build a narrow version of society.

The life of a cop is not as simple as that of civilians. Their rose-colored glasses are always off, and denying the reality can get them killed. They cannot look at the world similarly as a common person. Instead, they constantly scan their surroundings, look for exits, and stay alert. In any establishment, they choose the seat with backs to the wall and a complete view of the place. They are selective of where they dine. Everyone and everything is always suspicious of them until proven otherwise.

Inside the minds of cops are images, visions, voices, screams, smells, and dreams which their career has influenced. All these are held in a "little space" inside their heads, often referred to as "Pandora's box," which dramatically affects their moods. Even on the occasions when their friends or family wants them to share their darkest moments, they leave them contained.

The law enforcing work is rife that comes with circumstantial stressors. Their fuses and energy get short due to societal isolation, sleep deprivation, long shift hours, and prolonged exposure to harmful human elements. Since law enforcers are in constant danger, they are also extra suspicious of everything around them.

By far, the outstanding payoffs outweigh the bad side of the profession. Police work can affect or sway their behavior to a greater degree of positivity, as well. These attributes that they contract from experience tend to become their permanent character traits.

The life of a cop is not all black. There are some good days too. It starts with the peace and contentment that comes with helping residents. It wouldn't be wrong to state that law enforcers are the backbone of any country. Not only do they maintain the peace of the states but also put in all their efforts to ensure that the citizens stay safe and secure. This does not mean cops will protect the crooked ones. Enzo says, "Nobody hates a crooked cop more than an honest one."

Several law enforcement officers explain the good part about their jobs. There are also several documentaries, books, series, and movies that showcase the positive side of this profession. Brooklyn nine-nice, SUITS, or the book Tales Of A Street Bullby ENZO explains gorgeously how even in this tied-up profession, officers can enjoy the little moments of their lives.

Life becomes easy or bearable in the case of cops when there is a loyal life partner to go home to. The working environment is kept light-hearted, even if the job is challenging itself.

The Duty Builds A Greater Bond 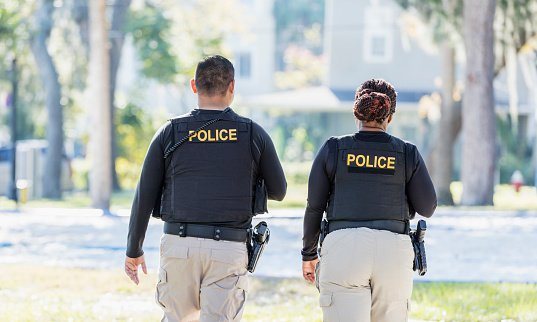 The blue bond that cops develop is impermeable. Fraternal relationships among law enforcement officers are powerful. Whether it is a personal crisis or call to action in the line of duty, they are there for one another, come hell or high water.

Being a cop is all a balancing act. Along with the good, they get hit with the bad too. Expectation versus reality exists for them all in different forms and fashions. The Police culture has many folds, and it is full of diverse coping skills and personality transformations. In the end, it makes one a better person with a great job!