DiazBiffle, LuckyChamu, and Repullze to Compete and Create Content, Bringing Over 1.5 Million Fans to the Organization

TORONTO, ON / ACCESSWIRE / December 7, 2021 / Complexity Gaming, a GameSquare Esports Inc. (CSE:GSQ)(FRA:29Q1) ("GameSquare", "GameSquare Esports" or the "Company") company, and one of North America's longest-standing esports organizations, today announced the signing of Call of Duty: Warzone creators ‘the Baka Bros.' Represented by the Kinetic Group's Joowon Lee, the trio comprised of DiazBiffle, LuckyChamu, and Repullze, have joined Complexity as creators and competitors, creating a wide breadth of content to expand the organization's media offering and to compete in Warzone tournaments. 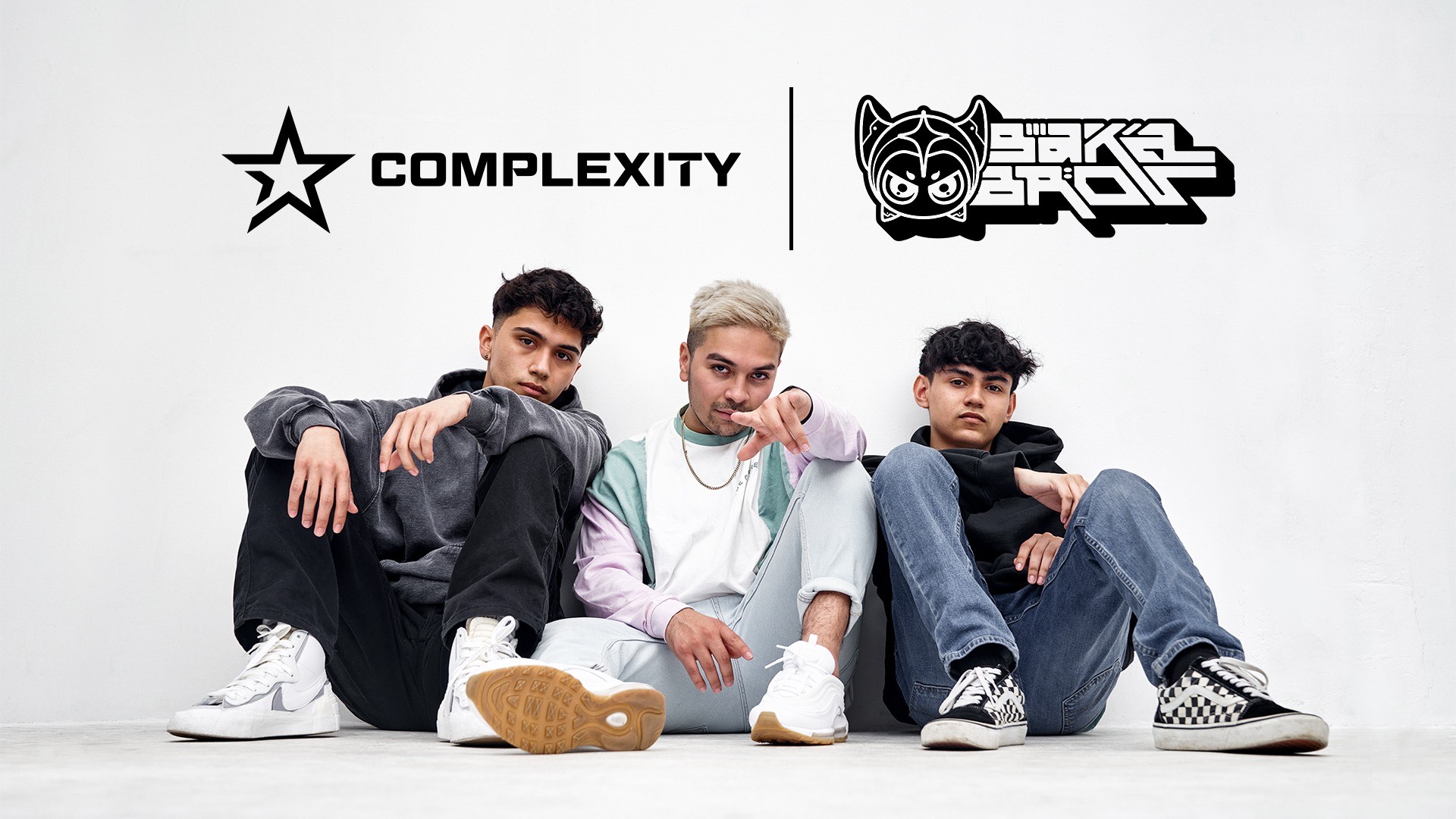 "Baka Bros joining Complexity is another step forward as we continue to build a leading streaming organization," said Justin Kenna, CEO of GameSquare. "Warzone's vibrant community continues to grow alongside its renewed focus on new in-game content and builds upon Complexity's excitement to be partnering with some of the title's most popular personalities. The Baka Bros bring depth and charisma to our ever-expanding roster and they will contribute to Complexity's ongoing commitment to create innovative and engaging content, lift trophies, and foster a positive culture for players and fans."

The Baka Bros have amassed a passionate fan base through their nightly Warzone streams and monthly tournaments, including the recent $40,000 Baktober Bash. As official Complexity creators and competitors, the Baka Bros will host a number of community-focused Warzone tournaments, produce livestream and VOD content, design co-branded merchandise capsules, and represent Complexity on the competitive Warzone circuit.

"Complexity's passion and care for their talent makes them stand out amongst the rest," said LuckyChamu. "Signing with Complexity has given us the stability and support to continue doing what we love, as well as explore new passion projects. We're so excited to show our fans what we're going to do together."

The Baka Bros join Complexity as the organization continues to invest in competition and content creation. Most recently, Complexity signed popular gaming personality TimTheTatman and introduced Complexity Stars with elite athletes from the NBA, NFL, UFC, MLB, and WNBA. The organization also fielded competitive teams in Rocket League and VALORANT with all-female roster, GX3. The Baka Bros will collaborate with Complexity's diverse group of talent, creators, and professional players, who collectively reach more than 35 million fans worldwide, as well as with Warzone competitors, gaming influencers, athletes, celebrities, and more to engage fans both virtually and in-person.

As part of the GameSquare family, the Baka Bros will gain access to GameSquare's portfolio of companies and suite of resources to pursue new opportunities at the intersection of traditional sports and entertainment. In addition to Complexity's esports-centric expertise, GameSquare's Cut+Sew, Code Red Esports, and Gamer Community Network will serve as a central piece to accelerate the growth of the Baka Bros brand in the global gaming space.

The Baka Bros will make their official debut as part of Complexity this month with the $100,000 Warzone event ‘BAKA wonderLAN' in Las Vegas on December 17. Complexity Stars athlete Max Holloway, Complexity creators, and other top Warzone influencers will also join the competition. Additionally, in the holiday spirit, the Baka Bros will be hosting 12 days of giveaways for fans totaling more than $100,000 in prizes. To learn more about the upcoming tournament and participate in the giveaway, check out https://bakawonderlan.com/.

GameSquare Esports Inc. (CSE:GSQ)(FRA:29Q1) is an international gaming and esports company headquartered in Toronto, Canada. The Company is seeking to acquire additional assets and entities serving the gaming and esports markets and, more broadly, in sports and entertainment. GameSquare owns a portfolio of companies including Code Red Esports Ltd., an esports talent agency serving the UK, Reciprocity Corp. ("Reciprocity"), which provides the Company access to Asia, Latin America and North America, NextGen Tech, LLC (dba as Complexity Gaming), a leading esports organization operating in the United States, and, most recently, Swingman LLC (dba Cut+Sew and Zoned), a gaming and lifestyle marketing agency based in Los Angeles, USA. Reciprocity's gaming and esports assets include: a CrossFire franchise in China that it owns with its partner LGD Gaming, a 40% interest in a League of Legends team that competes in Latin America, and its wholly owned subsidiary corporation, GCN, a digital media company focusing on the gaming and esports audience based in Los Angeles, USA.

Complexity Gaming, a GameSquare Esports Inc. company, is one of North America's longest-standing esports organizations. The esports organization is led by Founder and CEO Jason Lake. Complexity's esports teams have won more than 140 championships in nearly 30 game titles over its 15+ year history. Staunchly committed to passion, professionalism, and a player-first mentality, Complexity has been continuously recognized as a global leader in modern esports. For more information on Complexity, visit http://Complexity.gg and follow the organization on Twitter, Instagram, YouTube, TikTok and Facebook.