DALLAS, TX / ACCESSWIRE / January 27, 2022 /In the early years of the new millennium, mergers and acquisitions attorney John Willding was stricken with inspiration: Why not make networking more accessible and fun for the professionals in his home city of Dallas, Texas? It was with this thought in mind that he created ‘Ritz Last Tuesday,' an informal, interactive function meant to bring together the city's prominent business people over food, drink, and conversation held on the last Tuesday of each month at the Ritz Carlton hotel in downtown Dallas. 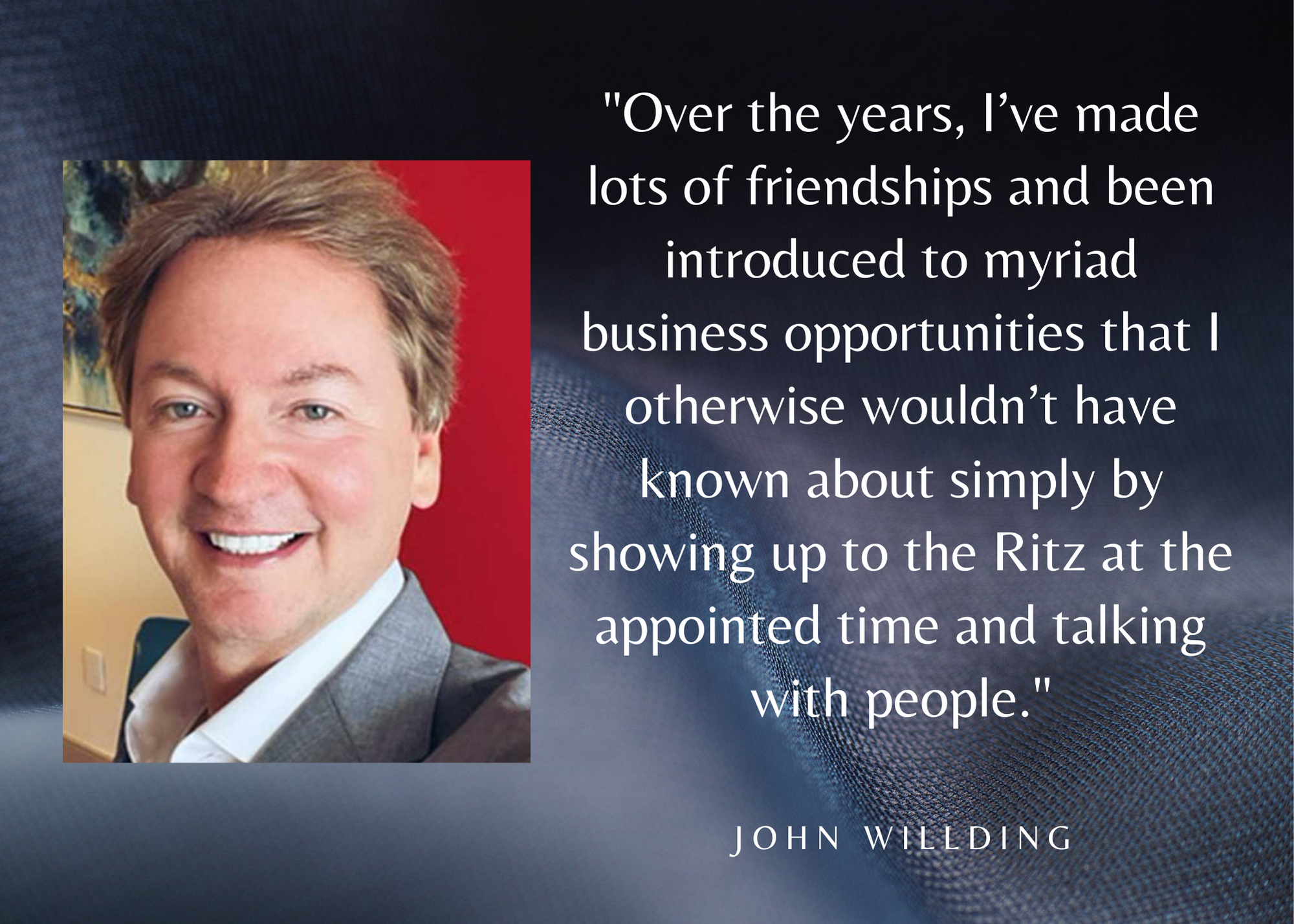 "It's hard to believe that it's been two decades since I started the Ritz Last Tuesday," reflects Willding, clearly pleased with the networking event's success. "I just started it up to build my network and bring great people from the Dallas area together. After I had the idea to keep the time and place consistent, it just kind of snowballed in popularity. At this point, several hundred people come together each month. Over the years, I've made lots of friendships and been introduced to myriad business opportunities that I otherwise wouldn't have known about simply by showing up to the Ritz at the appointed time and talking with people. From what the other regular attendees of Ritz Last Tuesday tell me, the same is true for them-virtually across the board."

Asked about the future of his creation, John Willding states that he has no intention of ending the event any time soon, adding that any professional who happens to find themselves near Dallas on the last Tuesday of any given month is welcome to drop by, have some fun, and make some connections.

Anyone curious to learn more about John Willding is encouraged to visit his professional blog or read the long-form, in-depth interview he recently gave to an online periodical that deals with matters relating to business and entrepreneurship.

John Willding is a mergers and acquisitions attorney with more than two decades of experience representing buyers and sellers in major business transactions. After growing up in Dallas, Texas, John made the decision to serve his country and enlisted in the United States Army. After his service was completed, he sought to better himself through higher education, beginning with Southern Methodist University before pursuing a degree in Law from Rutgers, and then attending Graduate School at Harvard. During the course of his career as a mergers and acquisitions attorney, John Willding has successfully closed business deals totalling more than US $3 billion in industries as varied as healthcare, defense, real estate, technology, manufacturing, and energy.