James R. Lines, Graham’s President and Chief Executive Officer, commented, “Results in the second quarter benefited from strong defense industry sales, including a materials only order. We also had the benefit of improved efficiencies in both our supply chain and our production facilities which enabled us to accelerate conversion of both large and short cycle orders in the quarter. As a result, higher volume drove operating leverage which is inherent in our business model.”

Mr. Lines continued, “We had strong orders in the quarter of $35 million. This order level was driven by our strategy to further our geographic market reach and diversify our end markets, which includes increasing our participation in the defense industry. We remain confident in our ability to achieve the long-term goal of significantly growing our business organically, as well as continuing to consider acquisition opportunities.”

Second Quarter Fiscal 2021 Sales Summary (Compared with the prior-year period unless noted otherwise. See accompanying financial tables for a breakdown of sales by industry and region)

Net sales were $28.0 million compared with $21.6 million in the second quarter of fiscal 2020. The strong increase in sales reflects Graham’s strategy to increase its defense business sales with the U.S. Navy and sales to previously underserved markets.

Fluctuations in Graham’s sales among geographic locations and industries can vary measurably from quarter-to-quarter based on the timing and magnitude of projects. Graham does not believe that such quarter-to-quarter fluctuations are indicative of business trends, which it believes are more apparent on a trailing twelve-month basis.

*Graham believes that EBITDA (defined as consolidated net income before net interest income, income taxes, depreciation, and amortization), and EBITDA margin (EBITDA as a percentage of sales), which are non-GAAP measures, help in the understanding of its operating performance. Moreover, Graham’s credit facility also contains ratios based on EBITDA.See the attached table on page 10 for additional important disclosures regarding Graham’s use of EBITDA and EBITDA margin as well as the reconciliation of net income to EBITDA.

Gross profit and margin were down compared with the prior-year period primarily as a result of production capability being significantly reduced in the first quarter fiscal 2021 due to the COVID-19 pandemic. Production during that period was at approximately 50% of normal production.

The effective tax rate was 30% compared with 22% in the prior-year period. The higher six-month tax rate in fiscal 2021 was due to the loss incurred in the first quarter.

Capital spending was $0.5 million in the second quarter of fiscal 2021 and was $0.8 million year-to-date. The Company expects capital expenditures for fiscal 2021 to be between $2.0 million and $2.5 million, of which 80% to 85% is expected to be for machinery and equipment and the remainder to be used for other items.

Orders for the quarter increased $2.4 million to $35.0 million. Defense orders increased $11.1 million to $12.6 million in the second quarter of fiscal 2021 more than offsetting the estimated impact the COVID-19 pandemic had on capital spending decisions by Graham’s historic refining and petrochemical customers, primarily in North America, during the quarter. Chemical and petrochemical orders were $3.3 million, compared with $6.2 million in the prior-year period. Refining orders were $16.8 million in the current quarter, compared with $22.6 million in the second quarter of fiscal 2020. The company believes that the pipeline of available opportunities in the defense industry remains strong, and that the timing of orders in this industry can be variable.

Domestic orders were 46% of total net orders in the second quarter of fiscal 2021 and were 33% in the same prior-year period.

Backlog by industry at September 30, 2020 was approximately:

The Company expects 60% to 65% of backlog to convert to revenue within the next 12 months.

Mr. Lines concluded, “Nearly all of our expected second half revenue this year is already in backlog, giving us solid confidence to increase guidance for fiscal 2021. Orders in the second quarter add to fiscal 2022 revenue potential. The strength of revenue next fiscal year will depend upon orders during the next three quarters.”

Graham is increasing revenue guidance for fiscal 2021 while raising expectations for gross margin and tightening the range for SG&A expense. This guidance is based on the assumption that Graham is able to operate its production facility at full capacity, has access to its global supply chain including its subcontractors, and experiences minimal or no additional COVID-19 related disruptions or any other unforeseen events.

Graham’s management will host a conference call and live webcast today at 11:00 a.m. Eastern Time to review its financial condition and operating results for the second quarter of fiscal 2021, as well as its strategy and outlook. The review will be accompanied by a slide presentation which will be made available immediately prior to the conference call on Graham’s website at www.graham-mfg.com under the heading “Investor Relations.” A question-and-answer session will follow the formal presentation.

Graham’s conference call can be accessed by calling (201) 689-8560. Alternatively, the webcast can be monitored on Graham’s website at www.graham-mfg.com under the heading “Investor Relations.”

Graham is a global business that designs, manufactures and sells critical equipment for the energy, defense and chemical/petrochemical industries. Energy markets include oil refining, cogeneration, and alternative power. For the defense industry, the Company’s equipment is used in nuclear propulsion power systems for the U.S. Navy. Graham’s global brand is built upon world-renowned engineering expertise in vacuum and heat transfer technology, responsive and flexible service and unsurpassed quality.

Graham routinely posts news and other important information on its website, www.graham-mfg.com, where additional comprehensive information on Graham Corporation and its subsidiaries can be found.

Forward-looking statements are subject to risks, uncertainties and assumptions and are identified by words such as “expects,” “estimates,” “confidence,” “projects,” “typically,” “outlook,” “anticipates,” “believes,” “appears,” “could,” “opportunities,” “seeking,” “plans,” “aim,” “pursuit,” “look towards” and other similar words. All statements addressing operating performance, events, or developments that Graham Corporation expects or anticipates will occur in the future, including but not limited to, effects of the COVID-19 global pandemic, expected expansion and growth opportunities within its domestic and international markets, anticipated revenue, the timing of conversion of backlog to sales, market presence, profit margins, tax rates, foreign sales operations, its ability to improve cost competitiveness and productivity, customer preferences, changes in market conditions in the industries in which it operates, the effect on its business of volatility in commodities prices, including, but not limited to, the extreme price volatility seen in the first six months of calendar year 2020, changes in general economic conditions and customer behavior, forecasts regarding the timing and scope of the economic recovery in its markets, its acquisition and growth strategy and its operations in China, India and other international locations, are forward-looking statements. Because they are forward-looking, they should be evaluated in light of important risk factors and uncertainties. These risk factors and uncertainties are more fully described in Graham Corporation’s most recent Annual Report filed with the Securities and Exchange Commission, included under the heading entitled “Risk Factors.”

EBITDA is defined as consolidated net income before net interest income, income taxes, depreciation, and amortization and EBITDA margin is defined as EBITDA as a percentage of sales. EBITDA and EBITDA margin are not measures determined in accordance with generally accepted accounting principles in the United States, commonly known as GAAP. Nevertheless, Graham believes that providing non-GAAP information, such as EBITDA, is important for investors and other readers of Graham's financial statements, as it is used as an analytical indicator by Graham's management to better understand operating performance. Moreover, Graham’s credit facility also contains ratios based on EBITDA. Because EBITDA is a non-GAAP measure and is thus susceptible to varying calculations, EBITDA, as presented, may not be directly comparable to other similarly titled measures used by other companies. 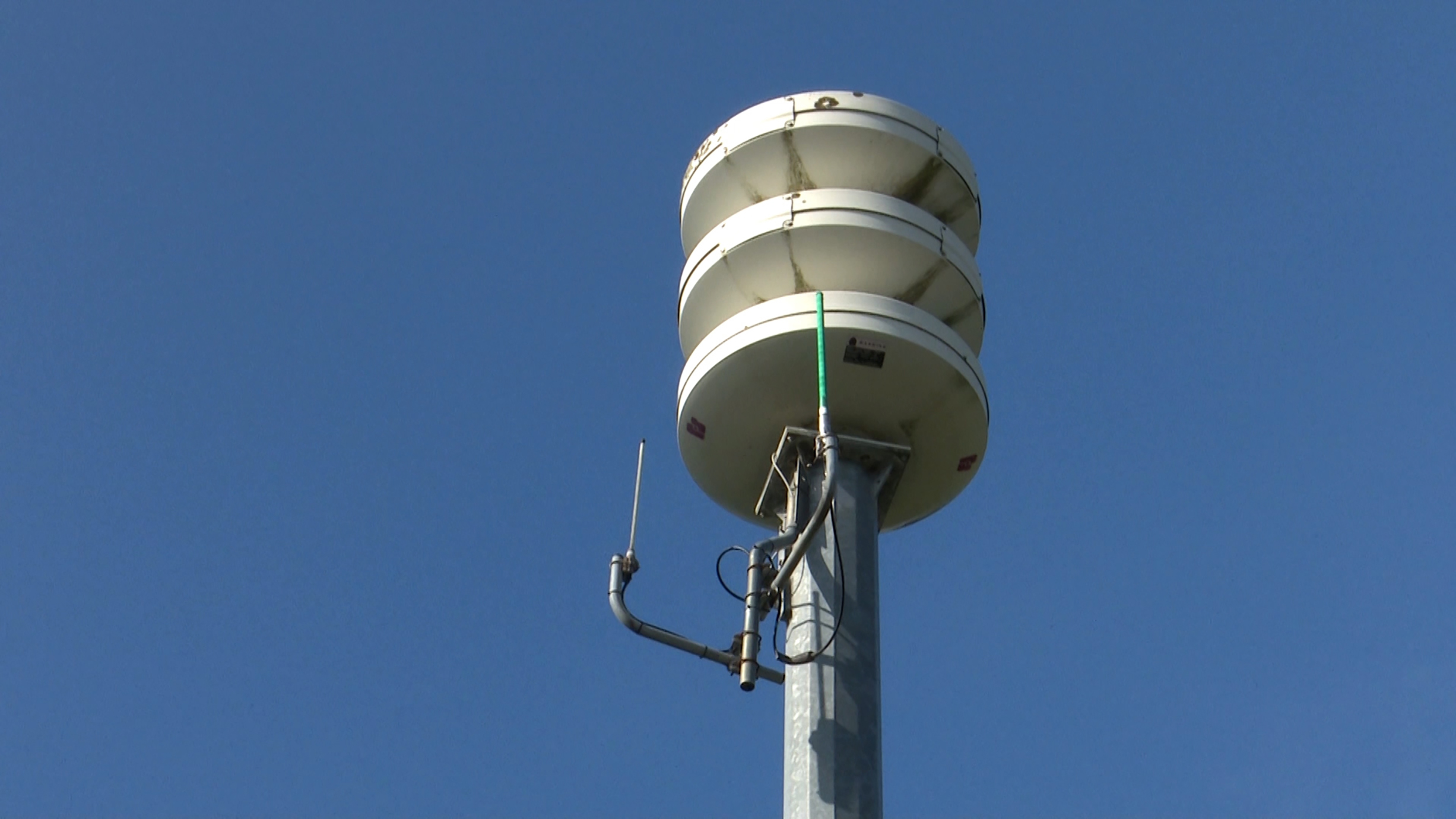