Mark Pedowitz to Exit as Chairman/CEO After 11-Year Tenure

IRVING, Texas & LOS ANGELES--(BUSINESS WIRE)-- Nexstar Media Group, Inc. (NASDAQ: NXST, “Nexstar”) announced today that it has closed its previously announced acquisition of a 75% ownership interest in The CW Network, LLC (“The CW” or the “Company”) from co-owners Warner Bros. Discovery (Nasdaq: WBD) and Paramount Global (Nasdaq: PARA, PARAA), who will each retain a 12.5% ownership interest in The CW. Nexstar also announced that Dennis Miller has been named President of The CW, effective immediately. Mr. Miller has served as a member of Nexstar’s Board of Directors since 2014 and has stepped down from the Board in connection with his appointment. Nexstar has initiated a search for a new member of its Board of Directors.

Mr. Miller is assuming leadership of The CW from Mark Pedowitz, who, after serving as Chairman and CEO of The CW for the past 11 years, has announced his intention to revive his successful production company. Mr. Pedowitz will provide support to The CW, Nexstar, and Mr. Miller in a streamlined transition. Throughout his tenure, Mr. Pedowitz was instrumental in charting the expansion of The CW and bringing some of the most groundbreaking and generation-defining programming in television to millions of viewers.

“Dennis Miller brings a unique skill set of proven television, media, and technology industry expertise, as well as venture capital experience to the role of President at The CW. His understanding and ability to unlock value from media assets by delivering high-quality, profitable entertainment, will serve the network, its viewers, its partners and CW affiliates around the country extremely well. We are confident his background, experience and relationships will allow Nexstar to deliver on the value of this transaction for our shareholders,” said Perry Sook, Nexstar’s Chairman and Chief Executive Officer. “I look forward to working with Dennis and Sean Compton, Nexstar’s President of Networks, to build on the foundation that Mark Pedowitz and his team have established at both the CW Network and the CW App. We sincerely thank Mark for his many years of service to The CW and wish him the very best in his future endeavors.”

Mr. Miller is a seasoned television executive with a successful long-term record of success and value creation in the industry. He has held senior executive positions at Sony Pictures Entertainment, Lionsgate Television and Turner Network Television. He most recently served as Chairman of Industrial Media until its sale to Sony Pictures Television earlier this year. Industrial Media is an independent production group whose companies collectively produce more than 94 television shows airing across 34 networks, including some of the most popular shows on television including “American Idol” on ABC; the “Matchmaker” series on Netflix; the Selena Gomez cooking show and the upcoming “The Climb” with Jason Momoa both on HBO; the upcoming Elton John documentary on Apple+; and, the dominant franchise for the last five years on Discovery, “90 Day Fiancé.” Mr. Miller also has significant experience as a TMT investor, having spent several years as a General Partner at Spark Capital and a Managing Director at Bear Stearns’ venture arm, Constellation Ventures. He began his career in the entertainment and tax department of the law firm of Manatt, Phelps, Rothenberg and Tunney.

Commenting on his appointment, Mr. Miller said, “It has been a privilege to serve on Nexstar’s Board of Directors for the last eight years and work closely with Perry and the other distinguished members of the Board during a period of transformational growth and success for the Company. This appointment perfectly aligns my intimate knowledge of Nexstar’s business approach and operating goals to realize the value inherent in The CW. I look forward to working with Perry, Sean and the team to leverage the experience and business relationships built over my career in the media, and technology industries to create new value for viewers, advertisers, affiliates, and Nexstar shareholders.”

“It’s been an honor to serve as the Chairman and CEO of The CW Network for the last 11 years and I am very proud of what our exceptional teams have accomplished together over that time,” said Mr. Pedowitz. “It was the right moment for me to hand over the leadership baton and I am excited to move on to the next chapter of my professional career where I can pursue a different set of interests. I am confident Perry, Sean, Dennis and the Nexstar team’s ability to usher in the next phase of growth and success for the CW Network and look forward to supporting them during the transition period.”

Sponsored
Also read
KBC Group: KBC Bank Ireland welcomes decision of Minister for Finance to approve the sale of substantially all of its performing loan assets and liabilities to Bank of Ireland Group
PRESS RELEASE: NACON UNVEILS THE MG-X PRO MADE FOR iPHONE®
Correction: AB Linas Agro Group investors calendar for the 2023 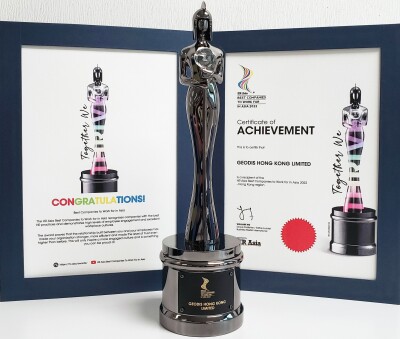 GEODIS named one of the ‘Best Companies to Work for in Asia" based on concerted efforts to empower and engage employees
Press Release: Statement from Sanofi regarding: rule 2.12 of the takeover rules
Aker BP's board approves field development projects
The Power Play by The Market Herald Releases New Interviews with Heritage Mining, INX Digital, Datametrex, Calima Energy, RDARS and Stakeholder Gold Discussing Their Latest News