Unless otherwise stated, the comparison figures in brackets refer to the corresponding period in the previous year. Calculations and definitions are presented in the Performance Measures section.

The changes in comparable currencies have been calculated by translating the reporting period figures with the average USD/EUR exchange rates of the comparison period for the US dollar dominated in-app-purchases in United States and global ad network sales.

Alex Pelletier-Normand, CEO
I am proud to report that we executed well in a challenging environment in the second quarter. We clearly outperformed the market and I would like to thank all Rovians for their dedication and efforts during this period. In Q2, our reported revenue saw healthy growth thanks to the release of Angry Birds Journey, the consolidation of Ruby Games and a favorable fx. Our comparable revenue was virtually flat year-on-year, while our profit clearly grew.

Our biggest game, Angry Birds 2 continued to grow year-over-year and celebrated its 7th anniversary at the end of July with a special player community driven game event. We are truly humbled to see how lively the game remains, and how engaged the fans are in participating in such events. Our hyper-casual game studio Ruby Games grew 23% pro forma year-over-year, but declined from Q1 this year; hyper-casual games, monetising mainly through advertising, were affected by both the global reduction of advertising investments, and by Apple’s ATT.

Angry Birds Journey revenues were lower in this quarter from the launch peak of the first quarter. The user acquisition investments have been reduced in Q2 after the launch. The team is now seeking new growth paths, including the dynamic adaptation of the game difficulty to player’s personal play styles, as well as the inclusion of a deeper metagame to improve engagement.

In our new games pipeline, Moomin: Puzzle & Design concluded a successful market test in Japan and the team now continues to add content in preparation for the next phase of the soft launch. Ruby games’ Hunter Assassin 2 continues to progress in soft launch with the addition of a real-time multiplayer mode and a deeper meta system.

We strongly believe one of our growth vectors to be our Live Games; Angry Birds Friends showed us that there is a lot of potential in those fan favorite titles that are very rich in content and for which a loyal fan base has been built-up throughout the years. We are planning on increasing the investments in our top performing live games in order to enable them to reach their full potential. We are confident that for those titles, the best is yet to come.

Our brand building initiatives continued with the release of the second season of Angry Birds Summer Madness on Netflix in June. The series features a novel style which is very exciting to our fans and also allows us to expand our audience. The first season hit the top 10 spot in the kids category on Netflix in 55 territories in the opening week.

Looking at the market, the second quarter of the year has been challenging. Based on market intelligence provider data.ai’s estimates, in-app-purchase revenues declined by 19% year-over-year in the US. This was the fourth consecutive quarter of decline and we believe it was due to three main factors:

First: the normalization of spending habits post lock-downs. As more people go back to normalcy, so do their playing patterns.

And third: macroeconomic factors such as rising inflation impact both consumers and companies alike. Players’ willingness to pay is reduced, and advertisers are lowering their budgets. This had a negative impact on advertising revenues on one hand, but may open up opportunities in user acquisition. The market fluctuations have also allowed us to strengthen our flock with amazing new talent.

As we enter the third quarter of the year, we are seeing a somewhat improved momentum and performance in user acquisition. While we expect the market headwinds to continue in the short-term, we firmly believe in the growth of the mobile gaming industry. I find it particularly energizing to see all of the exciting game updates, new games and brand projects that the teams are working on. Further, we take pride in knowing that our competitive advantages with the Angry Birds brand and our Beacon growth platform place Rovio in an advantageous position in this market.

2022 outlook (unchanged)
Building on the positive momentum in our top live games, the launch of Angry Birds Journey in January and having the full benefit of the Ruby Games acquisition from the start of the year, we are expecting strong topline growth for the year. Depending on the speed of growth and the investments in user acquisition to fuel that growth, especially in the case of new games, and our larger investments in new games development, the adjusted operating profit is expected to be lower year-on-year.

Audiocast and conference call
Rovio will host an English language audiocast and phone conference on the half-year 2022 financial results, including a Q&A session, for analysts, media and institutional investors at 14:00–15:00 EEST on August 11, 2022. The audiocast can be viewed live at: https://investors.rovio.com/en, and as a recording later the same day.

Rovio in brief
Rovio Entertainment Corporation is a global mobile-first games company that creates, develops and publishes mobile games, which have been downloaded over 5 billion times. Rovio is best known for the global Angry Birds brand, which started as a popular mobile game in 2009, and has since evolved from games to various entertainment, animations and consumer products in brand licensing. Rovio has produced The Angry Birds Movie (2016), and its sequel, The Angry Birds Movie 2 was released in 2019. The company offers multiple mobile games and has seven games studios – two in Espoo (Finland), one in Stockholm (Sweden), Copenhagen (Denmark), Montreal and Toronto (Canada), as well as a subsidiary in Izmir (Turkey) called Ruby Games, which was acquired in 2021. Most of the employees are based in Finland where Rovio is headquartered. The company’s shares are listed on the main list of NASDAQ Helsinki stock exchange with the trading code ROVIO. 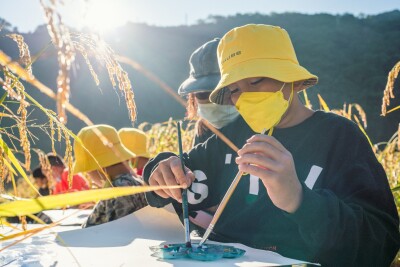 Chubb’s Day of Service Returns On-site in Asia Pacific
Bird flu: What is it and what's behind the outbreak?
Gujarat election: PM Modi looms large in India state polls