SINGAPORE - Media OutReach - 23 May 2022 - Spackman Entertainment Group Limited (the "Group"), one of Korea's leading entertainment production groups founded in 2011 by media & technology investor Charles Spackman, wishes to announce that the Korean drama series MY LIBERATION NOTES, headlined by Son Suk-ku of the Group's associated company, Spackman Media Group Limited ("Spackman Media Group"), continues to surpass its previous highest viewership record in Korea with an audience rating of 6.1% as of May 22, according to Nielson Korea, an audience rating research company.

MY LIBERATION NOTES, which airs every Saturday and Sunday at 22:30 on JTBC, tells the story of a secretive stranger (Son Suk-ku) and three siblings (Kim Ji-won, Lee Min-ki and Lee El), who long to escape from their dead-end lives. Produced by Chorokbaem Media and JTBC Studios, the Korean drama is also available on Netflix.

Previously, Son Suk-ku of Spackman Media Group was ranked as the most popular actor in Korea for three weeks in a row and his co-star Kim Ji-won of DESCENDANTS OF THE SUN (2016) took the second place in Korea's actor popularity rankings for the same period, based on Good Data TV Popularity Research as of May 16.

Son Suk-ku also stars alongside Ma Dong-seok (Don Lee) in THE ROUNDUP, a sequel to the 2017 box office hit THE OUTLAWS, which opened as the highest box office record for a Korean film since the COVID-19 outbreak.

Previously, the Group's subsidiary, Novus Mediacorp Co., Ltd., co-presented and distributed the 2017 box office hit THE OUTLAWS which broke the all-time highest Video On Demand sales record in Korea in 2018. THE ROUNDUPwas pre-sold to 132 countries around the world, including Singapore, China, Thailand, Vietnam, Indonesia and France, as well as the regions of North America and Eastern Europe.

Son Suk-ku of SBD Entertainment also headlined in the romance comedy film, NOTHING SERIOUS (2021), which reached #1 at the box office in Korea last year, and K-dramas, Netflix's D.P. (2021), DESIGNATED SURVIVOR: 60 DAYS (2019) and MATRIMONIAL CHAOS (2018). He also starred in the American Netflix drama series SENSE8, which was written and produced by the Wachowski sisters.

Spackman Entertainment Group Limited ("SEGL" or the "Company"), and together with its subsidiaries, (the "Group"), is one of Korea's leading entertainment production groups. SEGL is primarily engaged in the independent development, production, presentation, and financing of theatrical motion pictures in Korea.

The Company was founded in 2011 by renowned media and technology investor Charles Spackman who served as the Company's Executive Chairman until 2017. For the past two decades, Mr. Charles Spackman has been a powerhouse in the Korean entertainment industry starting in the early 2000's with the pioneering success of Sidus Pictures, the largest movie production company at the time and the first to be listed in Korea. Mr. Spackman is also the Founder, Chairman and Chief Executive Officer of the global investment firm, Spackman Group. For more information, please visit

Our films are theatrically distributed and released in Korea and overseas markets, as well as for subsequent post-theatrical worldwide release in other forms of media, including online streaming, cable TV, broadcast TV, IPTV, video-on-demand, and home video/DVD, etc. Generally, we release our motion pictures into wide-theatrical exhibition initially in Korea, and then in overseas and ancillary markets.

The Group also invests into and produces Korean television dramas. In addition to our content business, we also own equity stakes in entertainment-related companies and film funds that can financially and strategically complement our existing core operations. SEGL is listed on the Catalist of the Singapore Exchange Securities Trading Limited under the ticker 40E.

SEGL owns Novus Mediacorp Co., Ltd. ("Novus Mediacorp"), an investor, presenter, and/or post-theatrical distributor for a total of 79 films (58 Korean and 21 foreign) including ROSE OF BETRAYAL, THE OUTLAWS and SECRETLY, GREATLY, which was one of the biggest box office hits of 2013 starring Kim Soo-hyun of MY LOVE FROM THE STARS, as well as FRIEND 2: THE GREAT LEGACY. In 2012, Novus Mediacorp was also the post-theatrical rights distributor of ALL ABOUT MY WIFE, a top-grossing romantic comedy produced by Zip Cinema. In 2018, THE OUTLAWS, co-presented by Novus Mediacorp broke the all-time highest Video On Demand ("VOD") sales records in Korea. For more information, please visit

The Company owns a 100% equity interest in Simplex Films Limited ("Simplex Films") which is an early stage film production firm. The maiden film of Simplex Films, JESTERS: THE GAME CHANGERS (2019), was released in Korea on 21 August 2019. Simplex Films has several line-up of films including HURRICANE BROTHERS (working title).

The Company owns a 100% equity interest in Take Pictures Pte. Ltd. ("Take Pictures") which produced STONE SKIPPING (2020) and THE BOX (2021), and shall release THE GUEST in the second half of 2022 and A MAN OF REASON, with the previous working title GUARDIAN in 2022 tentatively.

The Company owns a 20% equity interest in The Makers Studio Co. Ltd., which plans to produce and release four upcoming films, the first of which will be THE ISLAND OF THE GHOST'S WAIL, a comedy horror film.

The Company holds an effective shareholding interest of 43.88% in Spackman Media Group Limited ("SMGL"). SMGL, a company incorporated in Hong Kong, together with its subsidiaries, is collectively one of the largest entertainment talent agencies in Korea in terms of the number of artists under management, including some of the top names in the Korean entertainment industry. SMGL operates its talent management business through renowned agencies such as MSteam Entertainment Co., Ltd. (Son Ye-jin, Wi Ha-jun, Lee Min-jung, Ko Sung-hee), SBD Entertainment Inc. (Son Suk-ku, Han Ji-hyun, Lee Cho-hee, Park Keun-rok), UAA&CO Inc. (Kim Sang-kyung, Kim Hye-ri, Kim Ji-young, Wang Ji-won), Play Content Co., Ltd. (Kang Min-ji, Hwang-hwi) and Kook Entertainment Co., Ltd. (Baek Si-won, Shin Ji-woong). Through these full-service talent agencies in Korea, SMGL represents and guides the professional careers of a leading roster of award-winning actors/actresses in the practice areas of motion pictures, television, commercial endorsements, and branded entertainment. SMGL leverages its unparalleled portfolio of artists as a platform to develop, produce, finance and own the highest quality of entertainment content projects, including theatrical motion pictures, variety shows and TV dramas. This platform also creates and derives opportunities for SMGL to make strategic investments in development stage businesses that can collaborate with SMGL artists. SMGL is an associated company of the Company. For more information, please visit

The Company also operates a café-restaurant, Upper West, in the Gangnam district of Seoul and own a professional photography studio, noon pictures Co., Ltd. 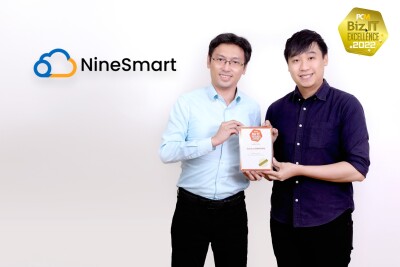