Computer Components and Product Contamination - How it Happens

Every year, most people treat themselves to a new device. While some people get a new phone, others upgrade their laptop, TV, tablet, or another device. Unfortunately, while it’s exciting when the box arrives and you unpack everything to find a glistening new toy, it has led to a global e-waste problem. According to the 2020 Global E-Waste Monitor report, electronic waste went up in 2019 to nearly 42 million metric tons. Unfortunately, this statistic continues to rise as technology becomes more affordable and the average home welcomes more technological devices. For example, in the United States, a recent survey showed that the average home has over ten connected devices. Not only does constantly changing devices drain the bank balance, but it also causes environmental issues. Especially with computers, what you may not know is that they contain harmful materials. If you don’t dispose of old computers and laptops with care, they will only cause problems for the environment, the landfill, and even other people. Here are some materials that can cause harm in computers: 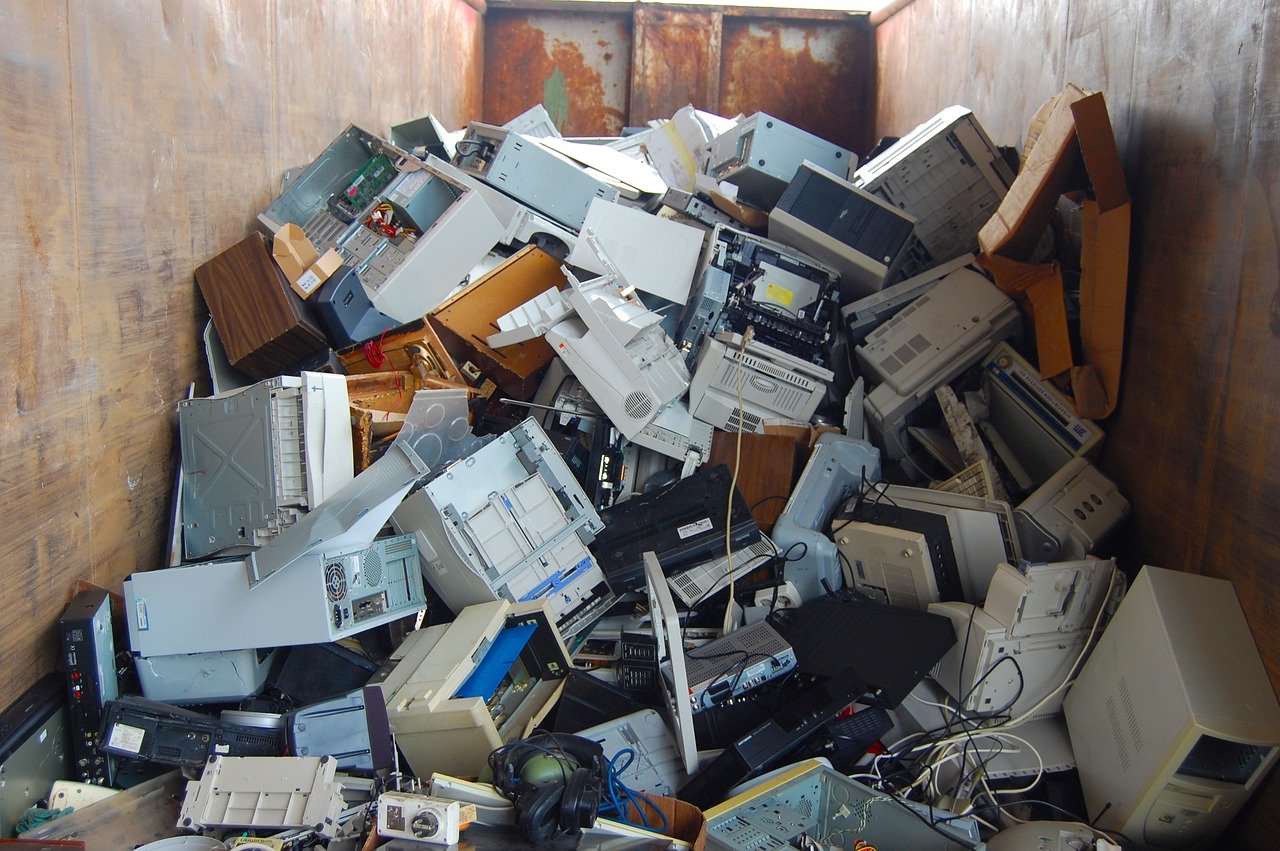 In the average human body, experts believe there to be around 35 micrograms of beryllium. Therefore, it’s not harmful in small quantities. However, it can cause pulmonary and systemic granulomatous disease in larger quantities, and beryllium is found in connectors and motherboards. It’s imperative that companies building these components use a pneumatic conveyor during the production process to ensure a safe working environment for its employees.

Found on the switches, circuit boards, and relays, chromium is common in computer components, and it can damage DNA. Unfortunately, many people have suffered liver and kidney failure because of chromium entering the bloodstream. When this happens, it damages the blood cells and causes health problems.

Switches, relays, and circuit boards are also known to hold mercury, and improper disposal causes this substance to enter the environment. The problem with mercury is so well documented that manufacturers are now attempting to replace mercury in thermometers, fluorescent bulbs, auto parts, medical products, and more.

In truth, cadmium is found in large quantities all over computers. For example, you’ll find cadmium inside the lamp that lights computer screens. Elsewhere, you’ll find it in the cables, infrared detectors, chip resistors, wires, semiconductors, and various other locations. When cadmium enters the environment, those nearby will breathe in the fumes and dust. When cadmium is ingested, it has the potential to cause pulmonary edema, chemical pneumonitis, and even death in serious cases. Other than computers, humans are exposed to cadmium through fossil fuel combustion and tobacco smoking.

As well as small quantities in circuit boards, those investigating contamination, and harmful substances in computer components once found as much as eight pounds of lead in old cathode-ray tube monitors. While manufacturers have changed their manufacturing methods to some extent, lead is still found in computers. Why is lead dangerous for humans? Because it can cause kidney damage, brain damage, and other health concerns. When pregnant women are exposed to lead, their risk of miscarriage increases; meanwhile, men exposed to large quantities for long periods can lose fertility.

As households use more devices, it’s fair to say that e-waste is a growing problem. Experts are worried about the issue, the dangerous toxins entering the environment, and the health of those who spend time around discarded devices. Over time, incorrectly discarded devices can cause pollution in the air, water, and soil. If you want to be a responsible technology owner, take advantage of trade-in programs when upgrading a device. Often, retailers will take your old devices and dispose of them responsibly. If not, use a certified e-waste recycler.