LOS ANGELES – A Sunland resident has been sentenced to 41 months in federal prison for fraudulently obtaining a $650,600 Paycheck Protection Program loan under the Coronavirus Aid, Relief, and Economic Security (CARES) Act, the Department of Justice announced today.

Amiryan opened a bank account by using a stolen identity, then, posing as the identity theft victim, he falsely told the bank that he was the CEO of ACBA Technologies Inc., a Northridge-based software company. In fact, ACBA existed only as a corporate shell. Amiryan’s co-conspirators arranged to wire into that account $650,600 of CARES Act relief funds by falsely claiming that ACBA Technologies had a monthly payroll of more than $500,000 and attaching forged tax forms as support. Once the money was in his account, Amiryan wrote checks to his co-conspirators and to other shell companies he controlled, effectively withdrawing approximately $452,287 of the funds before the bank froze the account.

Amiryan has been in federal custody since his arrest in this case in September 2020. At the time of his arrest, authorities seized $11,800 in cash found in his jacket, and soon afterward seized more than $262,000 from bank accounts he controlled. As part of his guilty plea, Amiryan agreed to forfeit those assets, which are worth nearly $275,000.

Judge Gee described as “despicable” Amiryan’s theft of public funds that were intended by Congress to help small businesses survive the COVID-19 pandemic.

The case is the result of an investigation by Homeland Security Investigations Los Angeles’ El Camino Real Financial Crimes Task Force and the Small Business Administration Office of Inspector General.

In May, the Attorney General established the COVID-19 Fraud Enforcement Task Force to marshal the resources of the Department of Justice in partnership with agencies across government to enhance efforts to combat and prevent pandemic-related fraud. The Task Force bolsters efforts to investigate and prosecute the most culpable domestic and international criminal actors and assists agencies tasked with administering relief programs to prevent fraud by, among other methods, augmenting and incorporating existing coordination mechanisms, identifying resources and techniques to uncover fraudulent actors and their schemes, and sharing and harnessing information and insights gained from prior enforcement efforts. For more information on the department’s response to the pandemic, please visit https://www.justice.gov/coronavirus.

Anyone with information about allegations of attempted fraud involving COVID-19 can report it by calling the Department of Justice’s National Center for Disaster Fraud Hotline at 866-720-5721 or via the NCDF Web Complaint Form at: https://www.justice.gov/disaster-fraud/ncdf-disaster-complaint-form.

Department of Justice
Office of the U.S. Attorney
Central District of California 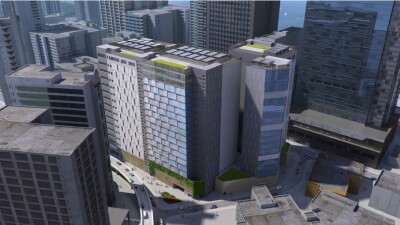