The Most Advanced Gaming Guild and Aggregating Farming Pool, GameFi Protocol, Will List on Pancake in the Middle of September

Singapore, Singapore--(Newsfile Corp. - September 10, 2021) - GameFi Protocol Foundation Ltd. announced that their most advanced gaming guild and aggregating faming pool, GameFi Protocaol will soon be listed on Pancake. This news came after Dappradar showed that as of the end of August, GameFi alone topped 900,000 users. This is an increase of more than 180 times compared to the beginning of last year. The GameFi market ushered in an explosive period in the second half of 2021. In terms of user volume. In addition, from March to July, the number of GameFi’s daily active wallets rose 700%. 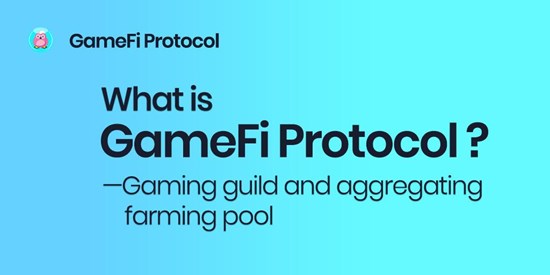 By the end of July, GameFi had attracted nearly $1 billion investment from the capital market, compared to the seemingly meager $72 million in the year 2020.

Axie Infinity, an NFT game project, is currently the top ranking GameFi project. As of August, The total transaction volume of Axie Infinity has exceeded $1 billion, ranking first in the NFT market, and its revenue in July has reached $166.2 million. This gives cause for the celebration of Axie Infinity with the title of highest earning crypto protocol as it ranks higher than any of crypto’s big names such as Ether, Coinan Smartchain and even Bitcoin. 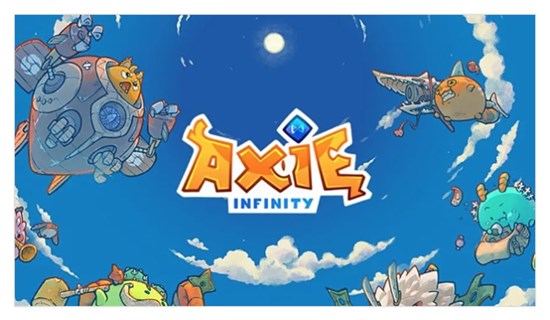 Axie Infinity's rise has been due to both its own merits and the substantial promotion by Yield Guild Games (YGG), a gaming guild. Through YGG, players with no experience with on-chain games are able to play and earn empty-handed.

YGG is a Philippine gaming guild established in 2020. The unemployment rate in the Philippines increased greatly due to the Convid-19, when many people lost their jobs and stayed at home. Back then, YGG gathered a large number of gamers and implemented the game concept of Play to Earn through Axie Infinity. By providing services such as recruitment, training, rental, it allows some players to obtain more than an average local salary or even up to dozens of times that income.

In less than six months, YGG has grown to over 30,000 players from a membership of about 500 when it was first established. Over 10% of these players (about 3600) are Axie Infinity Scholarship players, which has grown 20 times in the last half year.

Simply put, YGG is a "gold farming studio" commonly found in traditional games. Here the studio provides training and related resources, whilst the players provide their time and effort so that ultimately both parties share in the gold farming revenue together. In YGG's design, there are three roles: player, community manager, and guild. The player receives 70% of the revenue, the community manager is responsible for expanding and training newcomers and receives 20% for this and the guild itself is allocated the remaining 10% of the revenue.

YGG lowers the threshold for players to participate in GameFi games to a certain extent. Although it allows players to join the quest for gold in a low-cost way, this model displays certain shortcomings because of GameFi's complex gaming ecosystem, which includes different public chains, wallets, tokens, rules and tokenomics, etc. When the guild is involved in more and more projects, the professional requirements for players will become higher and higher. Therefore not only the cost of player selection will increase, but also the training cost for players will rise, which in turn will impact the expected revenue of the guild.

For professional players, they would have the above factors in mind while evaluating the security and P2E model of GameFi and thus profit from the game. However, for most ordinary players, who most likely lack such expertise, it is often too difficult for them to compete with professional players, and obtain a poor ROI or even losses.

This is why the market needs an advanced version of YGG. Not only to reduce the cost of players to participate in GameFi games, but also to allow ordinary users with almost zero experience to participate and make profits. Such a development would expand the revenue boundary of GameFi.

What is the GameFi Protocol?

GameFi Protocol (GFP) is the world's first game mining pool protocol, which aims to simultaneously build a GameFi aggregation platform and provide users with a low-threshold way to participate in investing in GameFi. In addition to the basic services of a game guild, GFP also introduces a variety of innovative revenue models such as vault, liquidity mining, and stagging, which provides users with diverse means to capture value.

GFP can help ordinary gamers, who are interested in GameFi games but lack expertise as well as time, to gain maximum profits by efficiently allocating users' digital assets and cooperating with professional players. In addition, GFP allocates users' digital assets into a stable DeFi fund, which hedges the systematic risk of the market and guarantees the stability of return on investment.

GFP acts as an "open fund''. Users do not need to be approved by anyone to access GFP, nor are there professional threshold restrictions. Users can either invest time to earn revenue or invest money to share in GameFi revenue with professional players. Like the YFI of the GameFi world, users' money will automatically trace the GameFi project which can maximize earnings.

What services can GFP provide?

Staking is the easiest way to earn tokens on GFP, users can stake GFI or Forth to earn GFI rewards for free. Liquidity mining requires users to provide liquidity from various tokens to the trading pool and earn GFI rewards by holding LP tokens. GFI earned through staking or liquidity mining can eventually be exchanged for other tokens through GSwap's trading function.

GMiner is the most important feature in GFP. Users can invest GFI, Forth, ETH, USDT or other tokens in GMiner into different pools to gain GFI or other tokens of GameFi projects.

GMiner will then invest these tokens into the highest yielding GameFi projects, earn revenue through professional players in the game and finally redistribute earned revenue to investing users in the form of GFI or other corresponding project tokens.

GMiner organizes regular or occasional gaming guild battles. Through these team battles, the overall level and collaboration within GameFi game guilds can be continuously motivated, whilst the activity and cohesiveness of the community can be improved.

Game List is a distribution platform for GameFi projects. GameFi projects can launch fundraising for the community through the Game List on GFP, which provides traffic, funds, media and other advantageous resources to help projects complete their cold starts. At the same time, users can exchange their GFI or Forth for tokens corresponding to these GameFi projects, so that Early project backers get more lucrative financial returns.

DAO is the decentralized governance method of GFP, which allows GFI holders to participate in the future governance and decision-making. Members will be able to vote on matters such as the development of admission rules, the projects in which GMiner participates or the distribution of proceeds. Through DAO, GFP becomes an "on-chain guild" and it turns all GFI holders into guild members. When the number of members and players increases, the revenue capacity of the entire guild will likewise rise, thus pushing up the value of GFI. All token holders, including guild members and players, benefit from GFI's value growth.

GameFi is one of the most trending concepts nowadays, which repackages financial products and DeFi's liquidity miningas as games. This approach greatly supports the common interests between developers, players and issuers by forming a new win-win relationship.

GFP makes the mining pool game an extremely popular participant in GameFi. As a special third party, GFP works as a coordinator for the selection of games, initial players, game revenue distribution and NFT prop flow, while GFP's innovative DAO model is also expected to promote the development of GameFi.

As a gaming guild, GFP can provide all players with convenient ways of participating in GameFi games and better motivate players to use their abilities to create value for themselves and the GFP project.

As an aggregating farming pool, GFP is able to run a highly targeted marketing engine for a great new project once it is discovered. GFP does this by directing professional players to the game and motivating them to earn revenue by offering token rewards, as well as by generating lucrative returns for those who invest in GFP.

In addition, as GameFi grows, GFP will gather more and more such professional and cornerstone players who are indispensable in the launch and growth of the GameFi ecology.

From the perspective of industry development, the relationship between GFP and the GameFi project is complementary. GFP can drive more new users to GameFi and the crypto market, while games with novel gameplay and lucrative revenue mechanisms can help boost the number of users and the aggregated revenue of GFP. Thus the market size of GameFi is expected to gradually expand, and the assets in these games will eventually penetrate into the DeFi market. Such a development would provide more collateral for other DeFi protocols, whilst enriching the asset holders and promoting the integration of NFT with DeFi.

In a nutshell, GFP can not only lower the entry threshold for users and provide opportunities to earn revenue, but also help nascent GameFi projects complete their cold starts and become marketing channels for the latter. The growth of these projects will feed back into GFP, which will profit from the process. More importantly, as GFP enables more high-quality Play to Earn projects to be launched, the "wealth effect" generated by the combination of game and cryptocurrency will impact on the traditional market and further propel the development of GameFi.

To view the source version of this press release, please visit https://www.newsfilecorp.com/release/96110