Taipei, Taiwan--(Newsfile Corp. - October 13, 2021) - Taiwanese author Wang Yun's third book in his English-language trilogy Qingcheng Mountain -- published worldwide by Singing Dragon and released at the end of September -- has already been listed no. 1 in a total of 37 of Amazon's Best Sellers and Hot New Releases categories across seven countries, including the United States, Canada, the United Kingdom, France, Germany, Australia and Japan. 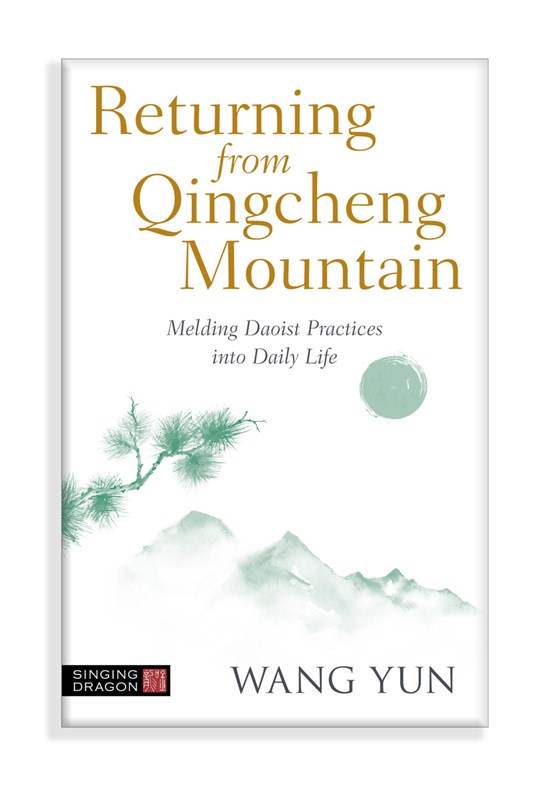 At the time of writing, the prolific Taiwanese author has published a catalog of over 50 books in his native Mandarin Chinese, spanning genres such as inspirational non-fiction, philosophy, health, religion, art, and fiction. His works have received wide acclaim from readers and the press alike, which led each publication to repeat best-selling awards upon release. Some of Wang Yun's work has remained in the no. 1 position on the bestsellers list of Taiwan's largest bookstore chain for over a year, a testament to both the profundity of his words and thought, and his ability to connect with readers.

His translated work in English, including the latest Returning from Qingcheng Mountain, displays the same qualities. The Qingchengseries -- which brings to life the stories of Wang Yun's rich learning path at the feet of Daoist adepts and masters, and the exercises and methods they passed down to him -- first appeared in the English-speaking world in August 2019. Despite being his first publication in the Western world, Climbing the Steps to Qingcheng Mountain managed to top a number of Amazon's Hot New Releases charts in the United States, Canada, Britain, France, and Germany. As Cindy Engel, who has trained and instructed in qigong across the world for more than 40 years, said, "[This book is] a valuable insight into the life and teachings of a modern-day Daoist meditation master living in Taiwan. Snippets of wisdom, instruction, and illustrative stories emphasize the potential of Daoist meditation." Serge Augier, a well-known French qigong adept and lineage master, added, "It's always good news when some Daoist wisdom is shared with the world. This practical teaching is useful for all!"

Clouds over Qingcheng Mountain, the second book in the series, was released in September 2020, surpassing the records of its predecessor. After another ascension into Amazon's Best Seller and Hot New Releases lists -- totalling 23 no. 1 spots across 49 days in four separate countries -- it became clear that what Wang Yun had to offer from the Far East had truly filled a need, especially for a world in the throes of a pandemic. Michael Brown, a veteran translator and traditional Chinese medicine practitioner himself, said, "This work paints a rich tapestry of personal experiences, cultural stories, and explanations of exercises. Sometimes when reading this book, it feels as though Master Wang Yun is in front of me recounting the story himself." 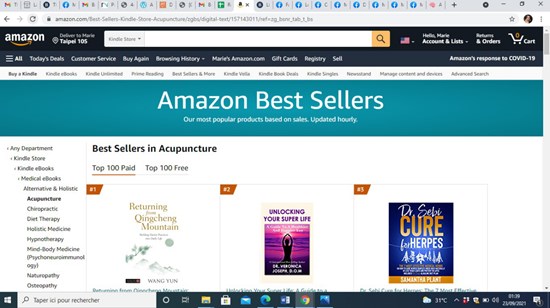 Wang Yun's third and latest release has only compounded on his rare success, taking the ranks in some countries among some of the biggest worldwide authors in the fields of spirituality, medicine and health. Returning from Qingcheng Mountain has already captured 37 no. 1 spots across 51 consecutive days and counting. Serge Augier, again, had this to say about Returning: "Wang Yun shares with us a beautiful and practical quest on Daoist Cultivation. Enjoyable to read and incredibly informative, this is a great book. I have been practicing for 40 years and it must be the first book that reminded me of my personal quest… well done! This is a must read for Daoist enthusiasts!"

Wang Yun's example suggests that it is time for the native keepers of authentic wisdom traditions from the Chinese-speaking world to share their living, breathing knowledge in addressing the physical and mental ailments of today. In sharing his own wealth of such knowledge, Wang Yun himself is able to draw from his long experience in Daoist meditation, Chinese health cultivation, the ancient practices of qigong and other mind training methods, seamlessly weaving these millenary traditions into accessible applications fit for all aspects of normal life, today. As the pandemic continues to maintain its grip worldwide, finding and maintaining health and true ease of mind and body has become a major issue for people of every background, everywhere. Practicing the exercises alone, the author says, is not sufficient in and of itself, though: one needs to be well-versed in the extensive and profound traditions of the East to truly understand the root of one's problems. It is this experiential knowledge that will guide one to solutions that are not superficial and short-lived.

As his books show, in elegant prose, Wang Yun has been classically and extensively trained under various masters and lineage holders of Confucianism, Buddhism and Daoism. His Qingcheng Mountainseries combines personal anecdotes and legends of lore, with simple and easy-to-understand methods of physical and mental cultivation. With some luck, the Daoist way of life and the Chinese cultural roots from whence it grew can continue to positively impact the lives of people of all backgrounds and beliefs.

To view the source version of this press release, please visit https://www.newsfilecorp.com/release/99642