Even Without Spectators, the Tokyo Olympic and Paralympic Games Proved to Be a Successful Proving Ground for Technology - NEC Corporation

Held amid the coronavirus pandemic, the Olympic and Paralympic Games Tokyo 2020 (Tokyo 2020) were not only postponed for a year, they were closed to most spectators as Japanese health authorities tried to contain rising infections. Nevertheless, the two events provided an opportunity to deploy technologies that had never been used at the Games before.

A new legacy of Olympic innovation

The Games have a rich history of innovation. In the previous summer Games held in Tokyo in 1964, for instance, satellite technology was used to transmit live pictures to audiences around the world for the first time. It was NEC that developed the satellite communications parabola antenna and monitoring facilities that were used in the live international broadcast of the Games. 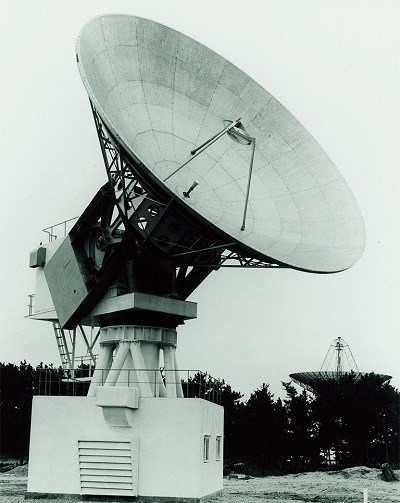 Safety and security were the watchwords of Tokyo 2020, and novel Games technologies helped make the event a success. One important priority is ensuring that only authorized people are admitted to venues. In 2019, as demand for tickets was at least 10 times above supply, organizers said they were investigating the sale of nearly 7,000 tickets purchased with fraudulent IDs.

Face-recognition technology can thwart fraudsters and other bad actors. Athletes, staff, volunteers and other attendees at the Tokyo 2020 venues, as well as the Athletes' Village, Main Press Center and International Broadcasting Center, were admitted after being cleared with a face-recognition system, the first of its kind to be used at the venerable sports event. Their faces were scanned at entry points and compared to images on a database of registered photos; accreditation cards equipped with IC chips were also linked to the system. 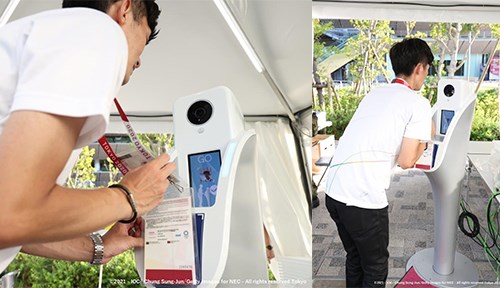 The solution prevents card theft and spoofing. In addition to being fast and accurate, it works even when users are wearing face masks. At some venues, iris authentication scans were implemented for an additional layer of security.

"Our mission was to use ICT to support the safe and secure management of the Games regardless of whether spectators were present," said Masaaki Suganuma, NEC executive officer in charge of Tokyo 2020.

While the venues were not crowded, congestion visualization system was implemented at the Athletes' Village, which hosted over 10,000 Olympians and Paralympians. In a first at the Games, athletes were able to check congestion levels at village cafeterias, fitness centers and other facilities via displays and a smartphone app that received data from a network of cameras. The technology was also used to support security measures around the Olympic Stadium. 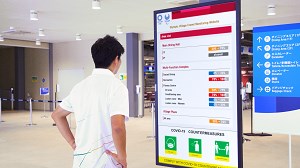 In another first at the Olympics and Paralympics, NEC provided a next-generation commercial radio system to ensure smooth communications among staff from organizers and contractors. Wireless LTE handsets were used at 23 venues, giving participants a clear, reliable signal that was not hindered by problems that can affect standard mobile phone reception.

To help ensure a safe and secure Tokyo 2020, NEC provided real-time security information to the Games Security Coordination Center. This consisted of automatic updates on traffic, weather, emergencies and accidents related to 43 event venues, in addition to relevant social media messages. A risk analysis was performed for each incident, giving security personnel an immediate understanding of important threats so that security issues could be prevented.

Meanwhile, NEC and Cisco Systems Corporation delivered about 16,000 routers, switches, wireless network devices, security network devices, and other network devices to support the information infrastructure of Tokyo 2020. The network connected about 70 sites run by the Tokyo 2020 Organizing Committee including venues, the Athletes' Village and data centers so that smooth operations were maintained. NEC also created a network environment with software-defined networking (SDN) for approximately 20,000 PCs used by tournament officials during the event. This was used to set up the initial settings at the time of PC installation, which allowed for flexible settings to be made in accordance with the application.

The technologies underpinning Tokyo 2020 were an integral part of its success. Organizers of the next summer Olympics, to be held in Paris a century after the city last hosted them in 1924, hailed Tokyo 2020 as a stepping stone.

"We need to thank our Japanese friends, to be able to pull that off in this particular situation is kind of amazing, it's a remarkable achievement," said Paris 2024 CEO Etienne Thobois, who was visiting Tokyo for the Paralympics. "They had to cope with it, and they did a fantastic job. Obviously we hope that in three years from now, this will be behind us, or not in the same level of worries. But definitely we learned from that."

"The technologies and solutions including those from NEC consist of a new paradigm for the Paris 2024 Games," said Toshiro Yonemura, chief security officer for the Tokyo 2020 Organizing Committee. "In addition, I believe they will continue to evolve and become inseparable contributions to the safety and security of our daily lives."

To view the source version of this press release, please visit https://www.newsfilecorp.com/release/99859