New York, New York--(Newsfile Corp. - October 15, 2021) - Author Gunnee Mujahid has announced the forthcoming release of his three-part short story collection, The Arrrrticle of XXXII. Mujahid's work is based on his experiences with rape and intimidation while serving in the U.S. Army in 1978. Although not for the faint of heart, Mujahid's work is both a necessary and important analysis of the crimes that can occur within the U.S. military. 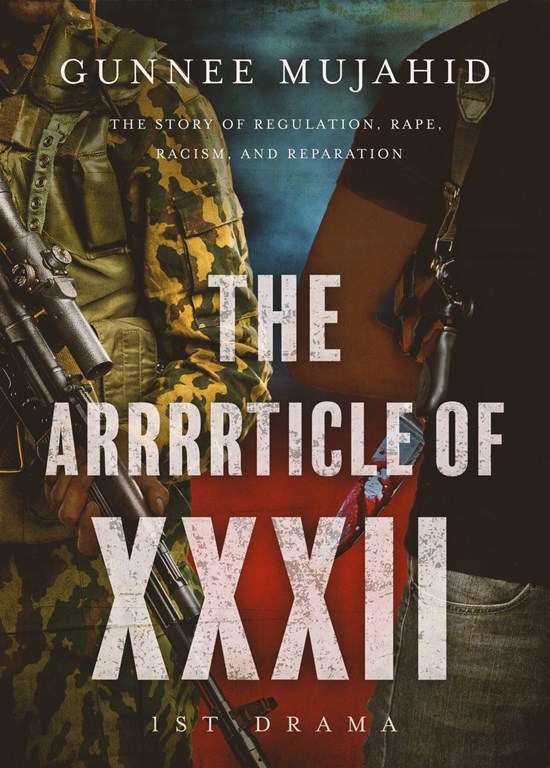 Book cover of The Arrrrticle of XXXII

The Arrrrticle of XXXIIis named after Article 32, a reference to the pretrial hearing that takes place under the Uniform Code of Military Justice. This code did little to protect Mujahid after he was raped. Instead, he was left to grapple with threats of violence against his family and later turned to drugs in search of the peace that the government had failed to provide with an honest prosecution of his attacker.

In The Arrrrticle of XXXII, Mujahid returns to this harrowing period in his life to recount how he survived and learned to reconnect with himself in the aftermath of an unfathomable trauma. With poignant language and honesty, Mujahid recalls the disorientation of waking up after having his drink spiked and the shame of not wanting to go to the police station.

While Mujahid's story is wholly his, The Arrrrticle of XXXII is also a powerful commentary about male sexual assault and the social pressures that men face while reporting rape. The recent #metoo movement has brought the issue of stigma into the spotlight, but there are still many challenges to true justice and a long road ahead for survivors like Mujahid.

Gunnee Mujahid is an author, veteran, and rape survivor. He hopes to inspire others by sharing his story and raising awareness about how sexual assault is treated in the armed forces. He can be found online at arrrrticlexxxii.com.