Buffalo, New York--(Newsfile Corp. - October 29, 2021) -  Dynesty Entertainment plans to collaborate with Mu Diamonds for their new project. Committed to a career in the music industry as a rapper, sound engineer and record label executive, Mu Diamonds is pushing the envelopes in rap music and getting set to influence the game positively. Popularly known in some quarters as "King of Buffalo," Mu Diamonds is an embodiment of multifacetedness with his talents as a rapper, full-service music engineer, producer, content creator, and marketer. He has allowed his talents to shine through despite his disabilities due to injuries from a drive-by shooting. He has put in the work over the years and is now on course to blow up and climb up the rap industry ladder. 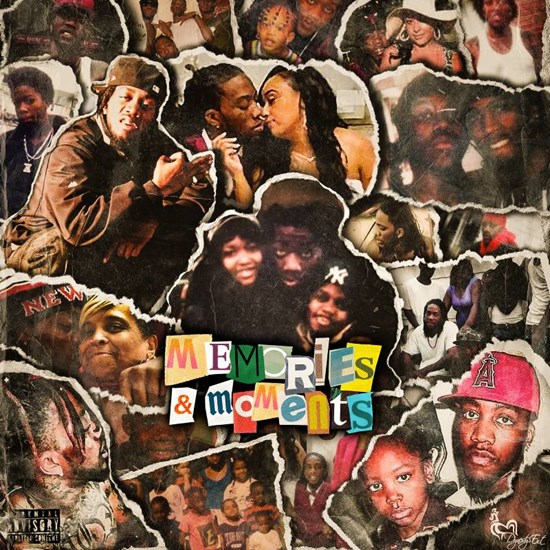 Beyond his ability to create music and the other elements that make music sound good, Mu Diamonds has sustained his brand with his pure energy, determination, grit, storytelling abilities, and a strong connection to his audience. His life growing in the ghetto and projects of Buffalo has heavily influenced his worldview, and he looks forward to conquering the major parts of the United States and then the world with his music.

Born Andre Yarbrough, Mu Diamonds's rise from the trenches into a powerhouse name in the music industry is inspiring and worth watching. He had so many limitations stacked up against him from birth and the shooting compounded them, but he knew it was solely up to him to change his circumstances. He was also aware that becoming successful could open up more doors for other people behind him. So he kept working hard to create opportunities for many others from similar backgrounds to his.

Mu Diamonds is not just another music executive who decides which artist should get a shot at fame; his general disposition to all upcoming artists is to inspire them and help put their dreams into perspective. "I recognize the fact that many people have broken dreams and have done everything possible to overcome hardships in their lives but have hopes in their musical talents. I want to help them connect with real life-changing opportunities and prove to them that success is attainable regardless of their background, limitations and setbacks in life," Mu Diamonds explained. His record label has grown in impact and influence as he continues to reinforce his musical sound and styles through the various talents he has put on the map. In addition, he has a strong desire to build a strong community through music, and he's doing that one talent at a time.

Mu Diamonds hopes to keep discovering new talents and developing new music sounds to expand his company. He believes his story and the imminent success stories that will come from his enterprise soon will be a source of inspiration for talented people globally while giving them all the hopes they need to keep going. Mu's debut album will be dropping on October 31st titled 'Memories & Moments.'

To view the source version of this press release, please visit https://www.newsfilecorp.com/release/101330