Vancouver, British Columbia--(Newsfile Corp. - November 4, 2021) - Tudor Gold Corp.(TSXV: TUD) (the "Company") is pleased to announce that it has closed its previously announced upsized brokered private placement offering for aggregate gross proceeds of $15,000,000 (the "Offering"), consisting of: (i) 2,250,600 common shares of the Company (each, a "Common Share") at a price of $2.10 per Common Share, and (ii) and 4,109,496 Common Shares that will qualify as "flow-through shares" within the meaning of subsection 66(15) of the Income Tax Act (Canada) (the "Tax Act") (each, a "FT Common Share") at a price of $2.50 per FT Common Share. The Offering was led by Research Capital Corporation as lead agent and sole bookrunner, on behalf of a syndicate, including Canaccord Genuity Corp. and Red Cloud Securities Inc. (collectively, the "Agents").

The net proceeds from the sale of Common Shares will be used for the Company's ongoing exploration drilling program, working capital requirements and other general corporate purposes. The gross proceeds from the sale of FT Common Shares will be used to incur eligible "Canadian exploration expenses" ("CEE") that are "flow-through mining expenditures" (as such term is defined in the Tax Act) related to exploration expenses on the Company's Treaty Creek flagship property, located in Golden Triangle of northwestern British Columbia, as permitted under the Tax Act. The Company will incur the CEE on or before December 31, 2022 and renounce such CEE to the purchasers of the FT Common Shares with an effective date of no later than December 31, 2021.

Eric Sprott, through 2176423 Ontario Ltd., a corporation which is beneficially owned by him, acquired 952,200 Common Shares pursuant to the Offering. After closing of the Offering, Mr. Sprott now beneficially owns or controls 33,717,819 common shares representing approximately 17.6% on a non-diluted basis and 16.2% on a fully diluted basis assuming the exercise of all convertible securities of the Company.

Prior to the Offering, Mr. Sprott beneficially owned or controlled 32,765,619 common shares of the Company.

Mr. Sprott is an insider of the company and as such, his participation in connection with the private placement is a related-party transaction under the policies of the TSX Venture Exchange and Multilateral Instrument 61-101 -- Protection of Minority Security Holders in Special Transactions. The company is relying on exemptions from the minority shareholder approval and formal valuation requirements applicable to the related-party transactions under sections 5.5(a) and 5.7(1)(a), respectively, of MI 61-101, as neither the fair market value of the shares to be purchased on behalf of Mr. Sprott nor the consideration to be paid by him exceeds 25 per cent of the company's market capitalization.

Tudor Gold Corp. is a precious and base metals exploration and development company with properties in British Columbia's Golden Triangle (Canada), an area that hosts producing and past-producing mines and several large deposits that are approaching potential development. The 17,913 hectare Treaty Creek project (in which TUDOR GOLD has a 60% interest) borders Seabridge Gold Inc.'s KSM property to the southwest and borders Pretium Resources Inc.'s Brucejack property to the southeast. In April 2021 Tudor published their 43-101 technical report, "Technical Report and Initial Mineral Resource Estimate of the Treaty Creek Gold Property, Skeena Mining Division, British Columbia Canada" dated March 1, 2021 on the Company's Sedar profile. The Company also has a 100% interest in the Crown project and a 100% interest in the Eskay North project, all located in the Golden Triangle area.

ON BEHALF OF THE BOARD OF DIRECTORS OF TUDOR GOLD CORP.
"Walter Storm"
Walter Storm
President and Chief Executive Officer

This news release contains "forward-looking information" within the meaning of applicable Canadian securities legislation. "Forward-looking information" includes, but is not limited to, statements with respect to the activities, events or developments that the Company expects or anticipates will or may occur in the future, including expectations regarding the use of proceeds of the Offering and the timeframe for incurring certain expenditures. Generally, but not always, forward-looking information and statements can be identified by the use of words such as "plans", "expects", "is expected", "budget", "scheduled", "estimates", "forecasts", "intends", "anticipates", or "believes" or the negative connotation thereof or variations of such words and phrases or state that certain actions, events or results "may", "could", "would", "might" or "will be taken", "occur" or "be achieved" or the negative connation thereof.

To view the source version of this press release, please visit https://www.newsfilecorp.com/release/102019 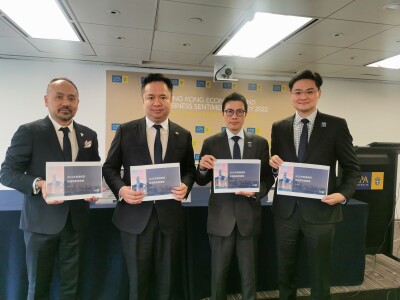