One of the Best Young Adult Books of 2021: Camp Afterlife by Zachary Ryan

New York, New York--(Newsfile Corp. - November 11, 2021) - Zachary Ryan, best-selling author of Cutthroat Cheerleaderand Playlist, has announced the release of his uplifting novel of hope, Camp Afterlife.He was inspired to write by his experiences with a grave illness and facing the unknown of death. 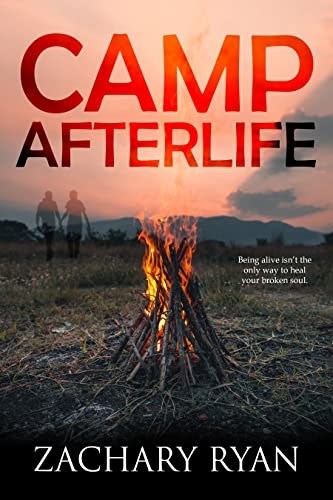 The story follows Gus, a broken soul who has the weight of his past heavy on his heart, who arrives at Camp Afterlife. Grappling with the death of his brother and a crumbling relationship, Gus is surprised to discover that there are other kindred souls at the camp. The camp is like a second-chance location where these people with damaged lives have a chance to heal, and make the most out of their lives before they finally reach the doors of Heaven.

Thanks to his newfound community and a blossoming love with his fellow camper Luis, Gus wonders if he only truly started living after embracing his death. But before long, the haunting guilt of his mistakes during his life on Earth threaten to drag him under once more.

While writing, Ryan drew upon his own past as he searched for belonging and found meaning in a group of true friends. Fans of speculative fiction with autobiographical elements will find much to enjoy in Camp Afterlife, a thoughtful novel that dissects the truth of what it means to be alive. Although intended for a young adult audience, readers of any age will be able to connect with the underlying message of finding beauty in broken souls.

Camp Afterlifealso provides a gateway for readers to engage with issues of grief, sexuality, and self-acceptance. Ryan tackles these complex themes with sensitivity and honesty. Combining the rawness of violent loss with the redemption of finding love, Camp Afterlifeis a standout work with relatable, flawed characters.

In a time of unprecedented change and devastation on a global scale, Ryan's latest novel is especially timely. Camp Afterlifeand Ryan's other works are available for purchase on Amazon.com or wherever books are sold.

Zachary Ryan grew up in Maryland before moving to Chicago to start a new life with the freedom to make his own choices. There, he found that he was accepted for his misfit status-and learned that it's perfectly normal to spend your twenties feeling lost and confused. His first two novels, Cutthroat Cheerleaderand Playlist, achieved best-selling status and have been honored with several prestigious literary awards.