TaleCraft offers new grounds in the NFT market, where users can craft cards of their choice instead of minting pre-produced cards and NFTs from gaming publishers. This provides gamers with a medieval metaverse economy based on the free market economy model.

Its ecosystem is built on the Avalanche blockchain - a highly scalable architecture that ensures low transaction fees and fast confirmation times. Gamers can leverage TaleCraft to explore different medieval characters and engage in crafting NFTs that can be resold at a higher value.

TaleCraft's gaming ecosystem consists of over 150 Alchemist card types that can be used to craft NFTs. Each card has different levels determined by the difficulty and rarity of the card's production. 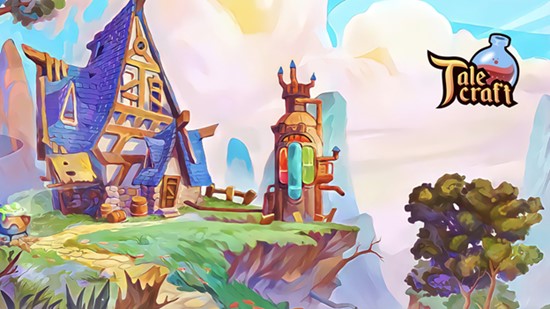 Players can craft most of the cards apart from the four main element cards: Air, Water, Earth, and Fire. These elements are supplied weekly by the game and auctioned in a system called the Alchemist's chest.

Players have to purchase Alchemist chests to unlock these unique elements to craft their ideal NFTs. The crafting system is relatively straightforward and takes place in exchange for the cards placed on the craft table and some craft fees. Crafting enables players to move on to higher gaming tiers and receive incentives.

The TaleCraft ecosystem is powered by its native token called Craft. Players will need to hold CRAFT to purchase alchemist chests, and serve as rewards for different in-game activities.

TaleCraft is also backed by some of the top venture capitalists in the blockchain industry, including ZBS Capital, Kangaroo Capital, Dutch Crypto Investors and more. It has also embarked on strategic partnerships with blockchain oracles protocol Chainlink, and Avalanche based DEX Pangolin Exchange to foster the adoption of its native token $CRAFT.

TaleCraft has an extensive roadmap and is set to achieve several milestones before the end of the year. It is set to release the Crafter Pool launch and has plans to list CRAFT on some centralized exchange. The gaming metaverse will also include cross-chain capabilities and launch a dedicated marketplace where players can auction their crafted NFTs.

TaleCraft is bringing the first crafting game to the Avalanche ecosystem. It is a medieval-themed card game where players can mint NFTs by making various crafts with 4 main elements and selling them on NFT marketplaces. To learn more about TaleCraft, visit the links.

To view the source version of this press release, please visit https://www.newsfilecorp.com/release/103142