One of the Best Historical Cozy Mysteries Newly Released in 2022, Villainy in Vienna: A Fiona Figg Mystery by Kelly Oliver 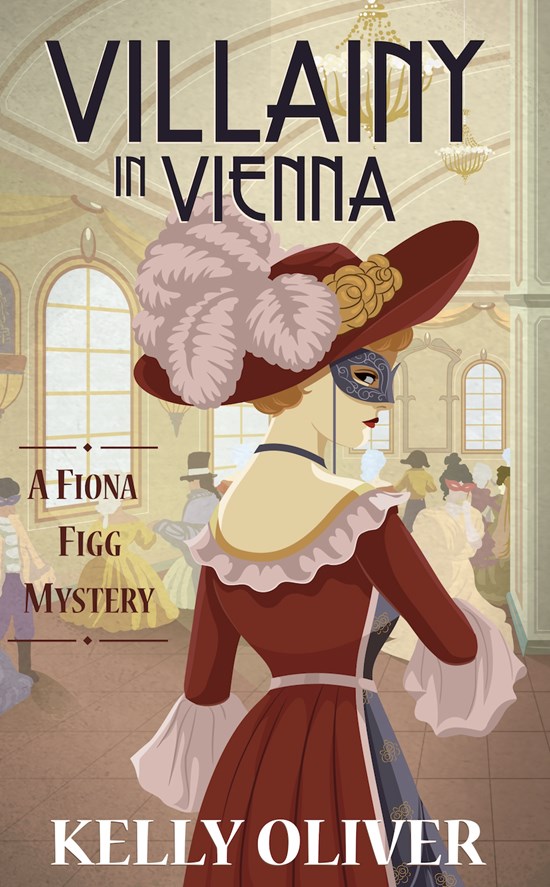 Book cover of Villainy in Vienna

Villainy in Viennafollows Fiona Figg, an inquisitive file clerk turned British agent, to a lavish high-society ball in 1917 Austria. When the dancing and festivities end with a royal body count, Fiona is certain that this must have something to do with her nemesis, the Black Panther. But as the chase brings her into the Austrian countryside, Fiona begins to question her loyalties. Can she prevent the Black Panther from striking again, save her own skin, andfind a decent cup of tea, all before the enemy's emperor realizes she's a spy?

The Fiona Figg series is perfect for fans of cozy mysteries and female sleuths who can shift from a fake mustache to a ballgown at a moment's notice. Unlike some protagonists in historical mysteries, Fiona isn't afraid to challenge the social norms of her time. After all, a woman's place is obviously right by the dead body, magnifying glass in evening-gloved hand.

Reviewers adore the Fiona Figg series, describing Oliver's work as historical mystery that "runs on moxie, heart, and stunning hats." Set against the backdrop of World War I, Villainy in Viennacontinues to provide what readers love most about Fiona: stunning European cities, the glitz of life in the nobility, and a twisty plot that keeps everyone-including Fiona-guessing.

Villainy in Viennaand books 1 and 2 of the Fiona Figg mystery series are available for purchase on Amazon.com, Barnes & Noble and other major retailers. The series is selling at a discounted price from now until January 9th, with books 1 and 2 going for only $1.99.

Kelly Oliver is the award-winning, bestselling author of three mysteries series: The Jessica James Mysteries, the middle grade Kassy O'Roarke, Pet Detective Mysteries, and historical cozies The Fiona Fig Mysteries. When she's not writing mysteries, Kelly is Distinguished Professor of Philosophy at Vanderbilt University. To learn more about Kelly and her books, please visit her website at www.kellyoliverbooks.com.