Dubai, United Arab Emirates--(Newsfile Corp. - January 16, 2022) - April Nation sets up an office in Dubai. When April Nation blew away all crypto competition on the PancakeSwap exchange to chart as this November's top riser, the pioneers at the helm wished primarily to see how their initial investors would respond to a shocking thousand percent gain in thirty days with a single listing. 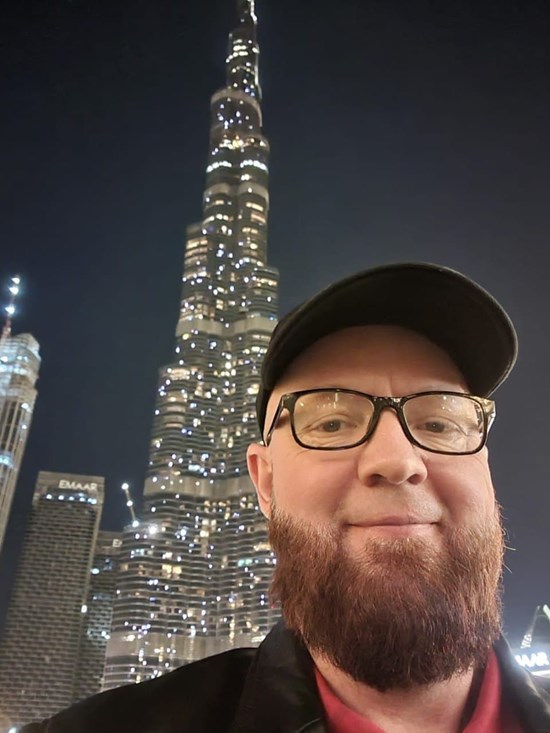 The psychological impact of sudden multi-millionaire status is an intriguing one, brought further to the fore amidst the emotions of the crypto-boom, and when the speculator holds in that instance, observers will rightly wonder about the internal fireworks residing beneath stony faces. $April have been as selective as they could with the personalities they allowed seed stage entry and they rewarded this trust with almost unanimous restraint.

The case of the team behind this ground-breaking blockchain oracle, born almost within the month of its namesake, is astounding. It's much more than the founders' faith-based ethics that prevented them from popping champagne corks when those phenomenal numbers landed.

Many newcomers have claimed to be shifting crypto-world's entire axis, even a few who have matched $April's recent spike, however none have possessed the next generation tech framework underpinning the informed excitement around this digital asset.

The strongest facet of the April Nation arm is the decentralised wallet. As head of marketing and day two investor, Canadian Robert Heft finds that this element and the industry permeations barely leave his lips most days. "The level of verification that we have is going to be the industry standard. To be able to prove firmly that our users are legitimate is a function that's incredibly stirring for us and puts those monster companies on red alert," says Robert Heft.

"We believe our token will become a blue chip token in the crypto-world because of the authenticity of our ecosystem," Heft reveals. "We want our token to reflect the value of that and not just the superficial value in the market, where people are investing not knowing whether there's a real-world utility," he adds.

Heft examines the developments within this searing side of the market and the backwards-facing dilemmas of the digital asset's competitors - "rather than creating a five billion dollar company and then trying to figure out how to do what we're doing, we're only at a three million market cap right now, but are at the cutting edge of the technology. Too many of the top crypto-currencies aren't considering the inevitably new technology of the W3C world."

There are a group of savvy prospectors who understand why there are challenging Decentralized Identifiers (DID) being utilised as the standard digital identity mechanism for W3C. As has been witnessed in DID's approval journey, user ownership and control are the obvious next momentous steps in digital security. Only parties with vested oppositional interests would object and it's understood that these are solely big boy delaying tactics.

$April stand poised to unravel a vast ecosystem that is embedded with their technology, one that engenders a community of users, empowers them and facilitates interconnected synchronicity. The organisation state an emphasis on greater characters participating in their project who recognise the potential of this new way of working.

'Game-changer' doesn't even begin to describe what the key people ascertain this is, as they initiate plans to plug-in to the gaming, sports and tourism industries. Decentralised applications (DAPPs) for the football and cricket world cups are almost ready and there will be $April NFTs launched in the very near future. Sponsorship of an IPL cricket team with Bollywood connections will open new eyes to the brand. So the baited breath anticipation is tremblingly real for the team headquartered in Toronto.

The vast majority of the opening investors have been sold on the revolutionary nature of April Nation. However the profit potential resides deeply within many thoughts. A Texan real estate agent, Allen Garner, whose sentiments on the prospect were in that dual realm said, "The tech and all that are good, but for plenty it's about the fact it's still at seed price."

Now that $April is KYC audited, listed on LBank, XT.com and P2PB2B exchanges and marketing from a Dubai satellite office, April's core team are able to gauge how traders are interpreting their prospective world-building and who among them has the right grip for a rocket ride to the moon.

To view the source version of this press release, please visit https://www.newsfilecorp.com/release/110317