Istanbul, Turkey--(Newsfile Corp. - May 2, 2022) - Heroes Chained (HC) is an action role-playing fantasy game in which the player assumes the position of Guild Master and recruits heroes. It introduces the concept of "Play And Earn" to GameFi, offering competition to the well-known "Play To Earn" concept. Heroes Chained is a fantasy action RPG blockchain game built on Avalanche, in which the player becomes a Guild Master and recruits heroes to launch attacks on the forces of evil that devour the country of Ventuna. 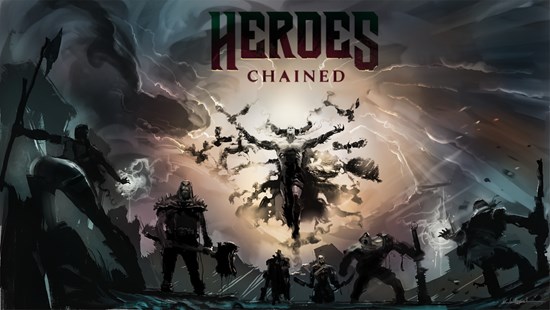 The mystical 'Heroes Chained' metaverse offers a wide range of PvE and PvP action, with people playing and earning in order to liberate the fantasy land of Ventuna from the claws of the Dark Lord Oblivion. The stage is prepared for its World Premiere with a Hollywood Art and Animation Team, a famous composer, and a team of blockchain professionals and video game veterans.

A project is defined by its teamwork. Let's go through some of the core members.

Firstly, we've got Mev Dinc - Co-Founder, Executive Producer and BAFTA-award winning video game creator. He has created world-class games for his studio and has worked with behemoths such as Activision, Ubisoft, and Nintendo. He is the author of the book "Life Is a Game".

The Art Director, Onur Can Cayli, began his professional career at Sony Pictures, where he had the opportunity to work with Onur and designed the White Walkers race for Game of Thrones. He has also worked on projects such as The Amazing Spider-Man, Terminator Genisys, Avengers: Age of Ultron, Man in Black 3, Marvel vs Capcom, Sonic, and many more.

Ersin Taskin, Co-founder and CTO, has a BS in Electrical and Electronics Engineering from Bogazici University and over 25 years of experience in the software and IT industry as a developer, engineer, product manager, CTO, CEO, and entrepreneur. Before joining Heroes Chained, Ersin co-founded KodA and worked as its CTO and Lead Developer. Since 2017, he has been focusing on blockchain technology.

Last but not least, there's Salih Kanli - Co-Founder and Vice-Chairman, holding a BS in Computer Science from METU. Prior to Heroes Chained, Salih built the extremely respected CBKSoft, the majority shares of which were bought first by Aramex and then by Iron Mountain.

The fictional planet of Ventuna, home to several races and countries, has been devastated by the Dark Lord Oblivion and his everlasting champions. In a last-ditch effort to fight back, survivors from all races banded together and built the largest metropolis in history, dubbed 'Last Hope.' The metropolis can maintain the different races while also protecting them from the reach and power of the Dark Lord Oblivion. Players control a Guild and must acquire heroes, compete against other guilds, and fulfill quests to become the most powerful in the city of Last Hope! Players may engage in PvE by sending their heroes beyond the city walls with their caravan to combat foes that may be found wandering the landscape, discover nodes and buy land to claim them, explore dungeons, claim artefacts, and complete quests. PvP components include Guild against Guild or Team vs Team, which may be participated in through forming guild alliances. This allows for Tournaments and Leagues (official or unofficial). Crafting is also an important aspect of the game as heroes will utilise the crafted equipment. As users accomplish missions and battles, they'll earn NFT goods and Heroes Chained (HeC) tokens. These may be exchanged on markets using either a blockchain wallet or if users don't have one, the HeC wallet. This wallet allows users to store your HeC tokens, land, minerals, and other assets without having to spend time learning how blockchains operate. Users may rapidly construct one and use it to get started with what they came for - Heroes Chained - and then switch to the blockchain wanted in the future. The process will be completely transparent and will not interfere with gaming. Heroes Chained provides players with a plethora of heroes of various classes, races, and genes, each with a unique set of powers and spells, as well as a breeding mechanism to produce new unique heroes.

What exactly is HeC?

HeC is both the in-game currency and the governance token for Heroes Chained. Players utilise HeC to exchange NFT commodities, resources, and so on. By staking their HeC tokens, players may vote on game options. HeC has a deflationary effect on the economy and has a limited supply of 100,000,000 tokens.

What advantage does the user gain by participating in the project?

DeFi is now being gamified through Play-to-Earn programs. They do not give a true gaming experience to end consumers. Heroes Chained, on the other hand, allows gamers to make money while having fun and playing a genuine game. Hence, the concept of "Play and Earn!"

Disclaimer : There is no offer to sell, no solicitation of an offer to buy, and no recommendation of any security or any other product or service in this article. This is not an investment advice. Readers are encouraged to do there own research.

To view the source version of this press release, please visit https://www.newsfilecorp.com/release/122401