Baltimore, Maryland – A criminal complaint has been filed charging Amar Salim Shabazz, age 23, of Owings Mills, Maryland, for the federal charges of mail fraud and obstruction of justice in connection with his alleged distribution of fraudulent COVID-19 vaccination cards.

According to the criminal complaint, since June 2021, Shabazz purchased over 600 fraudulent COVID-19 vaccinations cards through a foreign online marketplace and had the cards illegally shipped into the United States. Once Shabazz received the fake vaccination cards, he advertised them for sale on several popular social media platforms and distributed them through the United Parcel Service.

As stated in the criminal complaint, since the beginning of August 2021, U.S. Customs and Border Protection (CBP) Officers have seized thousands of fraudulent COVID-19 vaccination cards at international mail facilities and at express consignment carrier facilities. The majority of seized shipments contain fraudulent COVID vaccination cards originating from Asia and the packages are commonly found to be falsely labeled.

The criminal complaint alleges that Shabazz ordered over 600 vaccination cards on multiple occasions which were delivered to his Owings Mills, Maryland residence.

According to the complaint, on June 10, 2021 Shabazz allegedly searched the phrase “fake covid vaccination record card” and viewed a video titled, “Scammers Work to Sell Fake Covid Vaccination Cards Online.” Several days later, Shabazz placed an order with a foreign website for COVID-19 vaccination cards to be shipped to “MAR S,” with Shabazz’s number listed as the recipient. On July 10, 2021, after the shipment was delivered, Shabazz posted a video of multiple fraudulent vaccination cards on two of his social media accounts with the caption “Covid19 vaccination card who want one. $75 a pop.”

As detailed in the complaint, Shabazz placed another order for cards with the foreign website that was delivered to his residence on August 31, 2021. This package had Shabazz’s cell phone number associated with it and was addressed to “ACE BOOGIE.” Shabazz then allegedly posted a picture of the fraudulent vaccination cards on a social media platform, selling them from $70 per card.

On October 1, 2021, law enforcement executed search warrants at a basement used by Shabazz. In the basement, law enforcement found a bulleted list titled, “Things I’m doing when I get out (updated).” In early 2021, Shabazz was an inmate of the Maryland Department of Public Safety and Correctional Services after being sentenced in in the Circuit Court of Maryland for possession of child pornography. Shabazz was released in April 2021. The list included obtaining two “burner” cell phones, with the note, “first burner is for scamming.” Another bullet point stated, “hire a lawyer and get tips of what not to do when getting money illegally.”

The day after the search warrants were executed at his residence, Shabazz allegedly researched how to delete his account on the foreign marketplace website and deleted his email account.

If convicted, Shabazz faces a maximum sentence of 20 years’ incarceration each for mail fraud and for obstruction of justice. Actual sentences for federal crimes are typically less than the maximum penalties. A federal district court judge will determine any sentence after taking into account the U.S. Sentencing Guidelines and other statutory factors. An initial appearance has been scheduled for 2:00 P.M. on Friday December 3, 2021 before U.S. Magistrate Judge Coulson in Baltimore.

On May 17, 2021, the Attorney General established the COVID-19 Fraud Enforcement Task Force to marshal the resources of the Department of Justice in partnership with agencies across government to enhance efforts to combat and prevent pandemic-related fraud. The Task Force bolsters efforts to investigate and prosecute the most culpable domestic and international criminal actors and assists agencies tasked with administering relief programs to prevent fraud by, among other methods, augmenting and incorporating existing coordination mechanisms, identifying resources and techniques to uncover fraudulent actors and their schemes, and sharing and harnessing information and insights gained from prior enforcement efforts. For more information on the Department’s response to the pandemic, please visit https://www.justice.gov/coronavirus.

Anyone with information about allegations of attempted fraud involving COVID-19 can report it by calling the Department of Justice’s National Center for Disaster Fraud (NCDF) Hotline at 866-720-5721 or via the NCDF Web Complaint Form at: https://www.justice.gov/disaster-fraud/ncdf-disaster-complaint-form.

For more information on the Maryland U.S. Attorney’s Office, its priorities, and resources available to help the community, please visit www.justice.gov/usao/md. 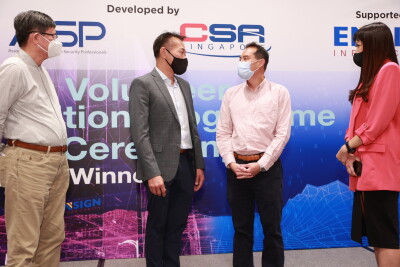