CINCINNATI – A former Hamilton County jail deputy was sentenced in U.S. District Court today to 42 months in prison for using unreasonable force while acting under color of law. The former law enforcement officer shoved a suspect in a holding cell with such force that the victim left his feet and collided headfirst with a concrete wall, losing consciousness, splitting open his head, and breaking his leg.

Jason Mize, 35, of Cincinnati, pleaded guilty in January 2021 to the willful violation of the victim’s Constitutional right to be free from excessive force.

Court documents detail that on August 20, 2016, Hamilton County Sheriff’s Office deputies arrested a 61-year-old individual and brought him to the Hamilton County Justice Center for processing.

While the victim was in medical intake, Mize approached the victim from behind and told the individual to stand. Mize then pushed the victim towards a holding cell, shoving the victim with such force that the victim collided headfirst with a concrete wall. Mize left the victim, who was bleeding from the head, on the floor.

When asked by a supervisor if there was a use of force or anybody was hurt, Mize said no. Mize eventually returned to the cell to raise a curtain on the door to cover the cell’s window. The supervisor then checked the cell and called for the nurse. While the nurse administered first aid, Mize stood outside the cell and drank a soda.

The victim – who was later acquitted of the crime for which he had been arrested – stayed in the hospital for two weeks and suffered a scalp hematoma with lacerations and a leg fracture.

The United States argued at sentencing that Mize’s crime was part of a history of violence as a law enforcement officer. According to court documents, Mize began working as a deputy in 2007 and was laid off in 2008. He was rehired in 2011 and served until his resignation in 2016.  During his time as a deputy, Mize was disciplined more than nine times. At least three of those times were for excessive force. At the time of this offense, Mize had been given a counseling letter on two occasions and suspended without pay at least once.

In April 2017, after his resignation from the Hamilton County Sheriff’s Office, Mize stated on Facebook Messenger: “I miss choking people.”

Over the course of the investigation into Mize’s conduct, the defendant lied repeatedly and pressured witnesses not to come forward.

Department of Justice
Office of the U.S. Attorney
Southern District of Ohio 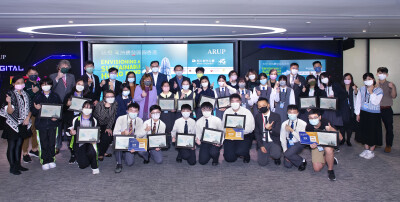