Leader of Drug Trafficking Organization Sentenced to 17 Years in Prison

EL PASO – The sixth and last defendant in a marijuana and cocaine conspiracy case was sentenced on Monday to 17 years in prison for his role in the conspiracy.

According to court documents, Carlos Moreno-Reyes, aka Charlie Brown, 46, of Clint, led a Drug Trafficking Organization (DTO) from October 2008 until April 2019.  The DTO operated in the El Paso area and was responsible for transporting and distributing marijuana and cocaine from El Paso to destination cities, including Oklahoma City.  Moreno admitted that he was paid approximately $25,587,400 for his role in the DTO.

Other members of the conspiracy included Jose Luis Ortiz-Valenzuela, aka Pelon, 37, of Avondale, AZ; Julio Adrian Terrazas, aka JT, 31, of Fabens; Edgar Sanchez, aka Siez, Chavalito, 29, of Fabens; Jacinto Olivas-Cervantes, aka Chente, Chinto, 53, of San Elizario; and Oliva Beltran-Paez, 33, of Clint.

“I am grateful for the tireless efforts of our law enforcement partners as we work together to pursue not only individual drug traffickers peddling this poison, but also large drug trafficking organizations and their leadership,” said U.S. Attorney Ashley C. Hoff.

“The Department of Homeland Security Investigations (HSI) continues to aggressively pursue narcotics traffickers,” said Taekuk Cho, Acting Special Agent in Charge for HSI El Paso. “Our work is not done, and our resolve in attacking the drug trade and the cartels is as strong as it’s ever been.”

On February 26, 2020, Moreno pleaded guilty to one count of conspiracy to possess cocaine and one count of bulk cash smuggling.

Beltran-Paez, pleaded guilty to one count of bulk cash smuggling.  On February 28, 2020, Beltran was sentenced to five years of probation.

This effort is part of an Organized Crime Drug Enforcement Task Forces (OCDETF) operation. OCDETF identifies, disrupts, and dismantles the highest-level criminal organizations that threaten the United States using a prosecutor-led, intelligence-driven, multi-agency approach. Additional information about the OCDETF Program can be found at https://www.justice.gov/OCDETF.

Department of Justice
Office of the U.S. Attorney
Western District of Texas 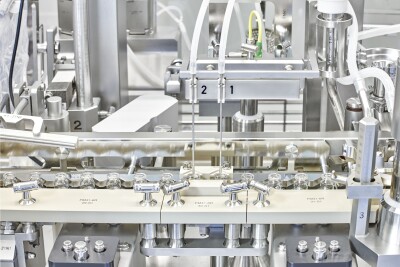