All About Dubai High Schools 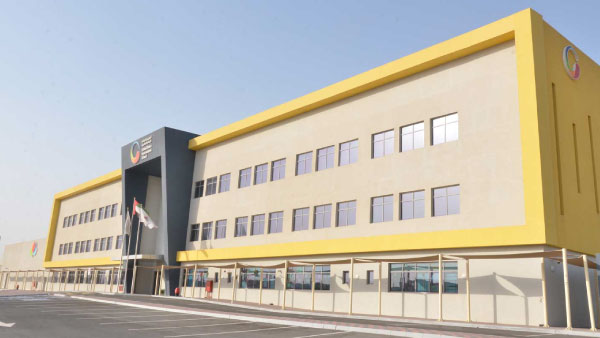 This futuristic city had a population of 3.052 million people in the year 2019. The number must have risen by now. Known for its tall skyscrapers and high-rise office buildings, the city has seen rapid urbanization. Talking about education, this city has one of the best in the world. Although the fees here are exorbitant, schools here train students to become world-class citizens. The pedagogy here helps the child adapt to a subject easily and the subjects taught in this city’s schools are Math, Science, English, Arabic, and Humanities. In addition, attention is paid to sports and other extracurricular activities. For instance, schools mentioned on our list have intramural sports, dance studios, music recording studios on the campus, and so on.

What is the curriculum?

There are 17 types of school curriculum in Dubai. The UK curriculum (IGCSE) is the best in Dubai followed by the USA curriculum and the Indian curriculum (CBSE) which many students opt for. In addition, there are other curriculums that schools here follow such as the UAE Ministry of education than other curriculums that come from France, Iran, Japan, Germany, Russia, Filipino, SABIS, IAT, Bangladesh, and Australia. The medium of instruction in the classroom is English.

The KHDA report since last 5 years

Out of 194 schools, 166 were inspected in 2018 by The Knowledge and Human Development Authority (KHDA). A total estimate of about 281,432 students from about 187 nationalities was enrolled in schools in Dubai. Here 17 schools were rated as outstanding by KHDA, 28 were reported as very good. 74 were reported as good, 52 were reported as acceptable and 5 schools were deemed as weak. The tuition fee ranges anywhere between AED 3600 TO AED 10,0000 per annum. In addition, 13 new schools will open according to reports from the year 2019. So let’s take a look at our top 15 best schools rated by KHDA as well as parents to enroll your child in now!

On the top of the list, we have Regent International School in Dubai which is located at The Green Emirates Hills Community follows the British curriculum and the school fee is AED 51,500. Next on the list is Springdales School which is situated at Al Quoz 4, Near Jumeira University. This school follows the CBSE curriculum. The fee here is AED 23,000. Followed by Kings’ School Nad Al Sheeba is situated at Nad Al Sheba 3 and follows the UK curriculum and finally, on the list, there is Global Indian International School (GIIS) this is a CBSE school that also offers the International Baccalaureate Diploma Program (IBDP).

Where are the best schools in Dubai usually located?

The best schools are usually located at Jumeirah, Dubai Marina, JAFZA, Dubai Healthcare City, Rashidiya, Jebel Ali, Al Manara, and Nad Al Sheba. It is also well known that top international high schools in Dubai have long queues and waiting lists, so people should join as soon as they can. In addition, most K-12 schools offer different curriculums and extra-curricular activities to ensure that students have a holistic development.

Stages of education in Dubai

Age level from:6 to 12. Length of program in years: 6. Fees: Average Fees in private schools is approximately Dhs. 3000 in schools. The primary section is usually six years and the age level is from 6 to 12 years.

For admission, some schools conduct entrance tests. The new term in most British schools in Dubai starts in September. In all other schools, a new term begins in April. During July and August, all schools are closed for holidays.

At the primary level, English is the medium of instruction in most schools in Dubai. Large numbers of schools teach children in other foreign languages, French, Hindi, even Russian.

Fees: An average fee in private schools varies up to Dhs 25000. Dubai has a large number of international high schools that offer a large scale of curriculums to expatriates as well as domicile residents from Indian CBSE to IGCSE, IBDP School. Compulsory subjects in most of the school include math, social studies, physical education, religion, and Arabic. The pupil can choose subjects such as science, languages, sociology, history, computer studies, etc. The offered subjects depend on the school education system.

A large number of Dubai's universities offer various master and Ph.D. postgraduate programs. Technical Secondary School Length of the program is about 6years and age level is from 12 to 18 years. Certificate/diploma awarded: Technical Secondary Diploma.

Higher technical and vocational studies are offered by Higher Colleges of Technology in Abu Dhabi, Al Ain, Dubai, Sharjah, Ras al Khaimah, and Fujairah. The Ministry of Higher Education and Scientific Research operates these colleges. They only accept UAE nationals, although in some cases exceptions may be granted. The Colleges aim to produce skilled para-professionals in the fields of Engineering, Business, Health and Communication Technology, etc. The language of instruction is English. For admission, students must have obtained at least 60% at the Shahadat Al-Thanawiya Al-Amma. Many students are required to take a foundation year. The colleges offer a two-year program leading to a Diploma and a three-year program leading to a Higher Diploma. In recent years, programs have been organized leading to the four-year Bachelor's Degree in some fields including education, business, IT, health sciences, communications, and engineering. There is also a medical college for girls, a banking training institute, a college of engineering, and an aviation college, as well as schools of nursing and private colleges.

Ultimately the school you select should suit the child. No child should feel burdened or pressurised with their studies. Choose a school which conducts aptitude tests and pays attention to a child’s mental wellbeing as that’s the most important for success