CHENGDU, CHINA / ACCESSWIRE / October 26, 2020 / On October 24, the 2nd Park City Forum on "Park City and Future City" was held in Chengdu, China. Urban development experts, city managers and entrepreneur representatives all over the world gathered at Tianfu New Area, where the Park City Concept Began, to discuss the vision of future cities. 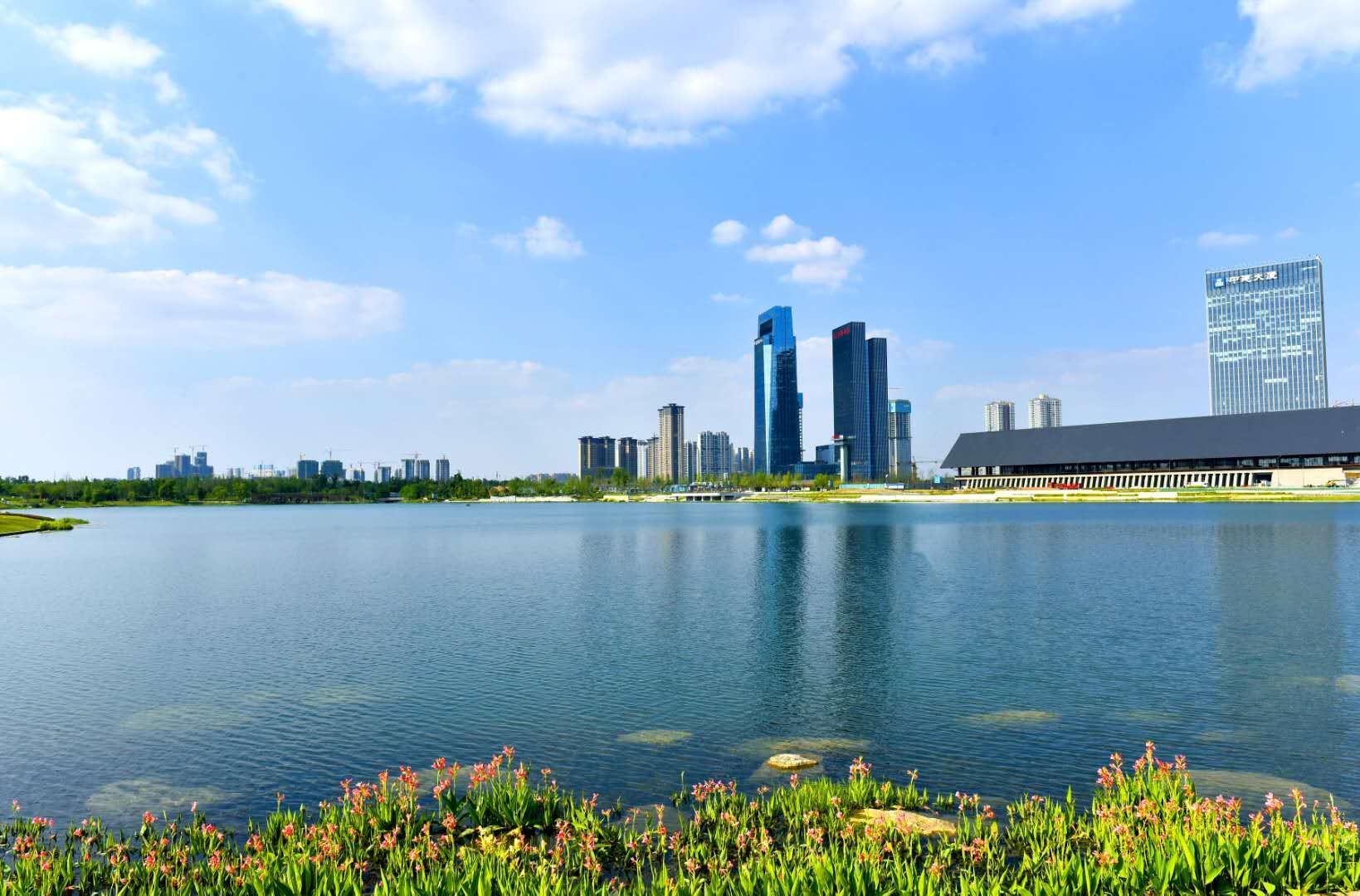 Tianfu New Area, a state-level new area approved by the Chinese government in October 2014, has a planned total area of 1,578km2, including 564km2 directly managed by Chengdu Municipal Corporation. With "70% blue-green space", "1200km Tianfu ecological green road", and "the completely buried underground sewage treatment", Rongcheng (Chengdu) is full of green and flowers, and the urban greens of Tianfu New Area has gradually appeared. 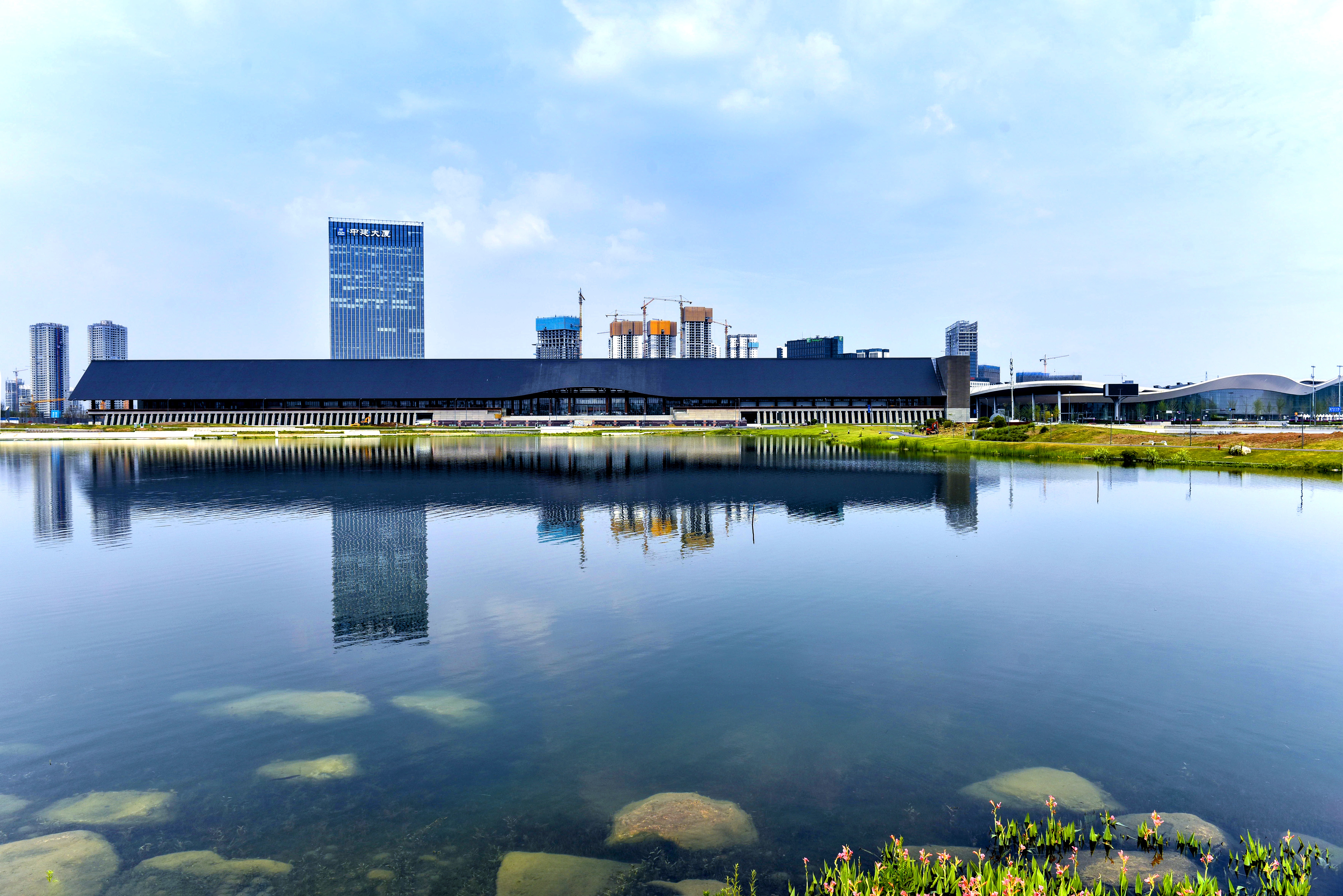 When visiting Tianfu New Area on February 11, 2018, President Xi Jinping of China pointed out that Tianfu New Area is an important node for the "Belt and Road" initiative and the development of the Yangtze River Economic Belt, and must be well-planned and built, and especially it needs to retain the characteristics of the Park City, take ecological value into account, and strive to create a new urban growth narrative and eventually become an open economic highland in Mainland China. This was the first time that China has publicly put forward the concept of Park City construction. The Park City is listed as a new path to Chengdu's future urban development.

In the 2nd Park City Forum, Chengdu China revealed the business vision of "Park City under the snow mountain", and as the world's only city with a 10-million+ population and a stunning view of the snow-capped mountains located at a distance of 5,000m, Chengdu has attracted attention worldwide.

Tianfu New Area, as "the first place of the Park City", has been exploring and practicing the new development concept of Park City in the past three years. The whole Tianfu New Area is re-creating the idyllic scenery of "push the window to see the field and open the door to see the green" and the ecological background of "forest and lake intersections", and focuses on anchoring the ecological skeleton, anchoring the blue and green space and anchoring the relationship between man and nature, plans production and living ecological space as a whole, arranges the urban layout near the mountain and along the water, strengthens the balance of work and residence, and promotes the integration of production and city.

Tianfu New Area deeply grasps the basic connotation of the sustainably developing Park City, advances the Park City construction with the concept of life community of "city with mountain, water, forest and lake", and explores to form the general idea of "1436" of the Park City of "1 development paradigm, 4 times guidance, 3 practice paths and 6 value goals".

Tianfu New Area shapes the beautiful form of the Park City with blue and green intertwining, constructs the city space integrating big open and big close with urban green based on the natural ecology of the mountains and rivers, and initially realizes the "three-level leap" from the development along the road to the development with the green, from the space construction to the scene construction, and from the form creation to the artistic conception shaping.

Tianfu New Area vividly interprets the people-oriented core value of the Park City, by taking the logical transformation of Chengdu from "integrated development of industry, city and people" (taking the city as the foundation, the industry as the safeguard, and the enhancement of human life quality as the goal) to "integrated development of people, city and industry" (gathering people by the city, gathering industry by the people, and revitalizing the city by the industry) as the guide, it keeps enriching the Park City scene construction, optimizes the service function to create the quality life, and vividly implements the original mission of "the city makes the life better".

Through the unremitting efforts in the past three years, the economic activity, social attention and regional identity of Tianfu New Area have been continuously improved, the role of high-quality development engine has been continuously brought into play, the strategic advantages of the Park City have been fully demonstrated, and the era imprint of "the first place of the Park City" has been further anchored, and now, it is committed to providing the experience of "Tianfu New Area" which can be used for reference for the construction of the Park City.

In the global urban development, "sustainable development" and "livable" are the common themes -- London 2062: sustainable city, healthy city, prosperous city, the world's city; Berlin 2049: zero environment harm, sustainable development... Tianfu New Area is drawing on the world's advanced urban development experience, highlighting the human-centered, and building the Park City integrating natural and human beauty, so as to achieve the construction of a harmonious urban environment of "people, city, environment and industry". Chinese scholars believe that the Park City is not only a simple combination of "park + city", but also needs to combine various factors such as humanities, nature, environment and urban development, so as to break the barrier between park, green space, forest, mountain river and country park.

Starting from Tianfu Square in the center of Chengdu, 30km south along Tianfu Avenue, thus we can arrive at Xinglong Lake in Tianfu New Area. Xinglong Lake, the epitome of the form evolution of the Park City of Tianfu New Area, also makes the Park City become the largest recognition and display degree in Chengdu. In the aspect of the space carrying of the community, Tianfu New Area has constructed a "5-10-15 minutes" three-level life circle, which has become a new life scene for the local residents. Some people describe Tianfu New Area as: "If you want to work, just one step out, you can go into the office building; if you want life, just one step in, you can see a big park." This is a typical example of the future city.

2020 is a special year, because COVID-19 has caused a major impact on human life and the global economy. China's cities, represented by Tianfu New Area, saw an upturn in the economy. By the first half of this year, the GDP of Tianfu New Area had risen 4.5%, while the fixed asset investment had risen 10.2%. At the same time, the newly-added new economic enterprises in Tianfu New Area continued to maintain the growth of over 20%.

Based on "Assessment Report on the Development of China's Urban Business Environment in 2020", Chengdu is evaluated as 2020 international business environment construction benchmark city. The local government is dedicated to promoting the convergence of international resource elements in Tianfu New Area, and strives to enhance China's international competitiveness in bringing in investment. In 2020, globalization and the world city GaWC released the 2020 world city roster, Chengdu once again rose 12 places, ranked 59 in the world... In fact, Chengdu has become a very important new economic and industrial base in China, which is a great driving force for the development of the entire western region of China. The construction of "Park City" in Tianfu New Area is regarded as an important force to help Chengdu build into a world-class city.

The global urban development research experts proposed in the discussion that various countries in the world has made great achievements in the process of urbanization, and when constructing the Park City, Tianfu New Area keeps optimizing the exploration of the world's urban construction model, and hence experts and talents from the world are attracted to gather here. Paul Owens, secretary-general of the World Cultural City Forum, said Chengdu is a good blend of urban modernity and traditional culture. NIJS Patrick, a former Belgian ambassador to China and co-founder of the EU-China Joint Innovation Center, said Chengdu's prospects and future are immense. New ideas and exploration are implemented at Tianfu New Area which helps to build Chengdu into a world-class city.