Daniel Di Angelo's new song "Temptations" is quickly rising up to be an R&B hit. 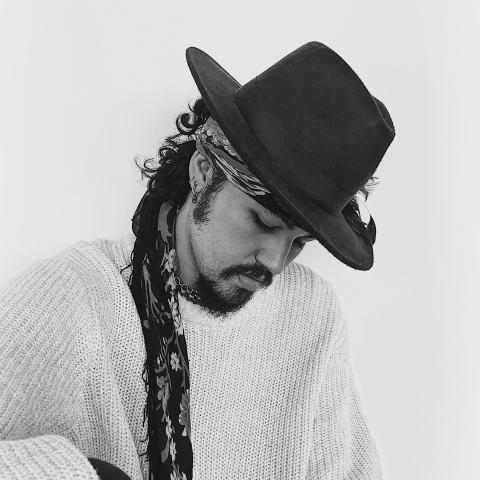 "Temptations" is about a man trying to resist the allurement of many women, while living a "rockstar lifestyle" heavily influenced by parties & entertainment, all while being in a happy monogamous relationship. It is Di Angelo's second big release single and has been gaining a lot of momentum on social platforms such as Youtube, Spotify & Apple Music.

"Temptations" has been described as a sexual energy song and has been added to lots of sexual/bedroom mood playlists. The media has shown much love for this song and it has been shared on the Instagram story music feature by many big-name influencers and artists.

"I wrote this song after a year-long relationship. During the beginning of the relationship, I was having a lot of trouble with my monogamous mindset. I was hanging around various groups of people who attempted to influence my lifestyle to be more open and imprudent. I loved my girl very much and did not want to hurt her. I never cheated, but my lies were constant." Di Angelo tells us. "Oftentimes it was really difficult to turn down most of these women, both in person and through social media or text messages. I remember having moments where I had to hide texts that I was receiving, even if I didn't text back. It was just too coarse. I tried to always remind myself that I had a good girl by my side, and even though she was far away at times, I tried to stay very connected to her."

Daniel has succeeded in making a name of himself on Instagram and his music has been shared exclusively by many influencers. He has also worked with and has written many songs for many different artists.

If one thing's certain, Daniel Di Angelo is an icon in the making. It's hard to not get addicted to his abstract songs that infuse potent lyrics, infecting melodies, and dreamy vocals. "Temptations" is yet another single that places Daniel Di Angelo in 2020's Artists-to-Watch.