TORONTO, June 21, 2018 (GLOBE NEWSWIRE) -- Capricorn Business Acquisitions Inc. (NEX Board:CAK.H) ("Capricorn" or the "Company"), a capital pool company, is pleased to announce that it has entered into a letter of intent ("LOI") dated May 25, 2018 with Las Vegas-based Blockchain Innovations Corp. ("BCI"), whereby BCI will exchange ("Share Exchange") all its issued and outstanding common shares ("BCI Shares") for common shares in the capital of Capricorn ("CAK Shares") and become a wholly-owned subsidiary of Capricorn. The proposed transaction will constitute the Company's qualifying transaction (the "Qualifying Transaction" or "QT") under the policies of the TSX Venture Exchange (the "Exchange").

BCI designs and develops market ready blockchain technology for public and private real-money wagering and peer-to-peer gaming companies across the globe.  BCI's blockchain technology consists of a fully functional crypto-currency wallet, a tipbot - PebbleGo for easily sending and receiving smart contracts, and its Smart Contracts platform - the ideal wagering eco-system for instant confirmation, where contracts are tradeable, divisible, transferable and new wagering not available in traditional retail or online markets. BCI's technology is built around PebbleCoin, a gambling-by-design cryptocurrency that has been mined since 2015. PebbleCoin's unique features make it the only crypto-currency that can facilitate real-time wagering.

Under the terms of the LOI, as consideration for the Share Exchange, subject to BCI completing the Pre-QT Financing and Concurrent Financing (each as defined below) Capricorn is expected to issue the following securities to BCI securityholders in exchange for their respective securities of BCI:

The totals above assume that each of Pre-QT Financing and Concurrent Financing are fully subscribed.

Prior to the completion of the QT, and subject to the receipt of shareholder approval, Capricorn is expected to complete a share consolidation (the "Share Consolidation") of the CAK Shares on a 1.40 old CAK Shares for one new CAK Share basis, such that Capricorn would have 4,821,574 CAK Shares issued and outstanding prior to completion of the QT.  FMI Capital Advisory Inc. ("FMICAI") will act as an exclusive financial advisor to BCI with respect to the Qualifying Transaction.

BCI is currently undertaking a private placement ("Pre-QT Financing") of units of BCI ("BCI Units") at a price of CAD$0.20 per BCI Unit for gross proceeds of up to a total of CAD$1,500,000. Each BCI Unit is comprised of one common share in the capital of ("BCI Share") and one half of one BCI Share purchase warrant (each whole warrant being referred to as a "BCI Pre-QT Warrant") exercisable into BCI Shares at a price of CAD$0.30 per BCI Share for a period of two years from issuance. BCI may pay a finder's fee equal to 8% cash and 8% broker warrants to registered brokers and other finders where permitted by applicable securities legislation.

As of the date hereof, BCI has closed on the first and second tranches of the Pre-QT Financing for total gross proceeds of CAD$870,000 by issuing 4,350,000 BCI Shares and 2,175,000 BCI  Pre-QT Warrants.  BCI anticipates closing the balance of the Pre-QT Financing in due course. BCI has engaged Foundation Markets Inc. ("FMI"), a Toronto-based investment banking group registered as an exempt market dealer to act as an exclusive agent with respect to the Pre-QT Financing.

BCI also intends to complete a further financing immediately prior to closing of the Qualifying Transaction ("Concurrent Financing") for gross proceeds of a minimum of CAD$3,000,000 and a maximum of CAD$5,000,000 of units ("QT Units") at a price of CAD$0.32 per QT Unit.  Each QT Unit will be comprised of one BCI Share and one half of one BCI Share purchase warrant (each whole warrant being referred to as a "BCI QT Warrant") exercisable into BCI Shares at a price of CAD$0.42 per BCI Share for a period of 24 months from the date of issuance.

BCI Shares, BCI Pre-QT Warrants and BCI QT Warrants will be exchanged for CAK Shares, Initial Warrants and Concurrent Warrants respectively.  It is expected that the net proceeds of the Pre-QT Financing and Concurrent Financing will be used to fund BCI's buildout of its technology implementation team, sales and marketing efforts comprised primarily of targeting of specific lead market segments, marketing and branding efforts, and general working capital purposes.

A disclosure document in respect of the proposed QT will be prepared and filed in accordance with Policy 2.4 of the Exchange on SEDAR at www.sedar.com no less than seven (7) business days prior to the Closing.

Completion of the Qualifying Transaction remains conditional on completion of due diligence, receipt of all required regulatory, director and shareholder approvals, execution of definitive agreements and certain other conditions that are customary for transactions of this nature.

BCI has one wholly owned subsidiary – Blockchain Innovations LLC ("BCL"), a Nevada corporation, which carries out its business in the United States. BCI intends to enter into an agreement with Mr. Morris Mosseri (a director of BCI), to acquire the intellectual property relating to the blockchain platform and wallet application, which enables a wagering eco-system to validate and process transactions instantly on-blockchain utilizing a decentralized network.

Each of BCI and BCL are development stage entities and have not earned significant revenue. BCL has incurred certain costs relating to development of the intellectual property that is being assigned to BCI.

Proposed Management and Directors of the Resulting Issuer

The following are brief descriptions of the proposed management and directors of BCI:

David Wang – Chairman of the Board. Mr. Wang has over 15 years of executive experience in Gaming and over four years of experience with Blockchain technologies.  Mr. Wang is a former executive at various gaming companies including Wynn Resorts, MGM Resorts, and SEGA.  He is a successful entrepreneur and previously served as CEO and Co-founder of Chipleaders, which was acquired by PartyPoker.  He holds an MBA from the Kellogg School of Management (Northwestern University).

Matt Stafford – CEO. Mr. Stafford boasts 10 years of experience in public markets, legal practice and regulatory compliance, specifically in the gaming industry.  He formerly served as General Counsel of NYX, a leading regulated gaming technology supplier, and helped lead NYX’s IPO listing on the Exchange, as well as overseeing its sale to Scientific Games for $660 million USD.  Mr. Stafford held gaming licenses in the United Kingdom and Province of British Columbia, and a Juris Doctor (JD) degree from the William S. Boyd School of Law, University of Nevada Las Vegas.

Morris Mosseri – Chief Technology Officer. Mr. Mosseri has over 30 years of experience in technology, with over five years of experience in building blockchain technologies having founded a successful crypto mining business.  He is the original architect and lead developer of BCI’s Pebblecoin cryptocurrency.  Previous to that, Mr. Mosseri created a profitable sports betting arbitrage network integrated with over 80 operators.  He also developed and operated one of the largest poker bot operations worldwide.  Formerly, Mr. Mosseri was a quantitative futures trader at New York-based hedge fund Schonfeld Securities.

David Lubotta – Director. Mr. Lubotta has over 20 years of experience in entrepreneurial and innovative ventures. He is the founder and managing partner of DML Ventures, a Toronto-based advisory firm that performs strategic consulting for businesses at various stages of development. Mr. Lubotta is the co-founder of and a partner at Sygnus Ventures, a portfolio of venture investments and incubator of entrepreneurial activities, focused on digital sports media and interactive gaming. He serves as a strategic advisor to RYU, a leader in the active sports industry. Mr. Lubotta holds an MBA from the Kellogg School of Management (Northwestern University).

It is expected that after completion of the Qualifying Transaction, the board of directors of the Company (the "Resulting Issuer") will be comprised of five individuals who will be determined at a later date.

The current principal shareholders of the BCI are as follows: Matt Stafford of Las Vegas, Nevada (8.7%), David Wang of Las Vegas, NV (23.2%), Morris Mosseri (27.5%), David Lubotta (23.2%) and FMI Capital Advisory Inc. (13.0%). Following the completion of Pre-QT Financing, Concurrent Financing and the proposed Qualifying Transaction, and assuming that each of the financings are fully subscribed it is expected that they will hold approximately, 5.4%, 14.4%, 17.1%, 14.4% and 8.1% of the Resulting Issuer on basic undiluted basis, respectively.

Trading of the Resulting Issuer Shares

Mr. Storcheus is a director of both Capricorn and BCI and as such has recused himself from the approval of the LOI and the terms were negotiated by the respective boards. Mr. Storcheus is also a principal of FMI and FMICA, which have been both engaged to provide services to BCI in the ordinary course of business. As of the date of this press release, FMICA owns 6,000,000 BCI Shares, which is equivalent to approximately 13.1% of the BCI Shares currently issued and outstanding. These relationships give rise to the potential for conflicts of interest between the interests of Capricorn and BCI, however under the policies of the Exchange the Qualifying Transaction is not considered a Non-Arm's Length Qualifying Transaction (as such term defined in the TSXV Corporate Finance Manual) since Mr. Storcheus is not a Control Person of either BCI nor Capricorn.

Investors are cautioned that, except as disclosed in the management information circular or filing statement to be prepared in connection with the transaction, any information released or received with respect to the transaction may not be accurate or complete and should not be relied upon. Trading in the securities of a capital pool company should be considered highly speculative.

The TSX Venture Exchange Inc. has in no way passed upon the merits of the proposed transaction and has neither approved nor disapproved the contents of this press release. 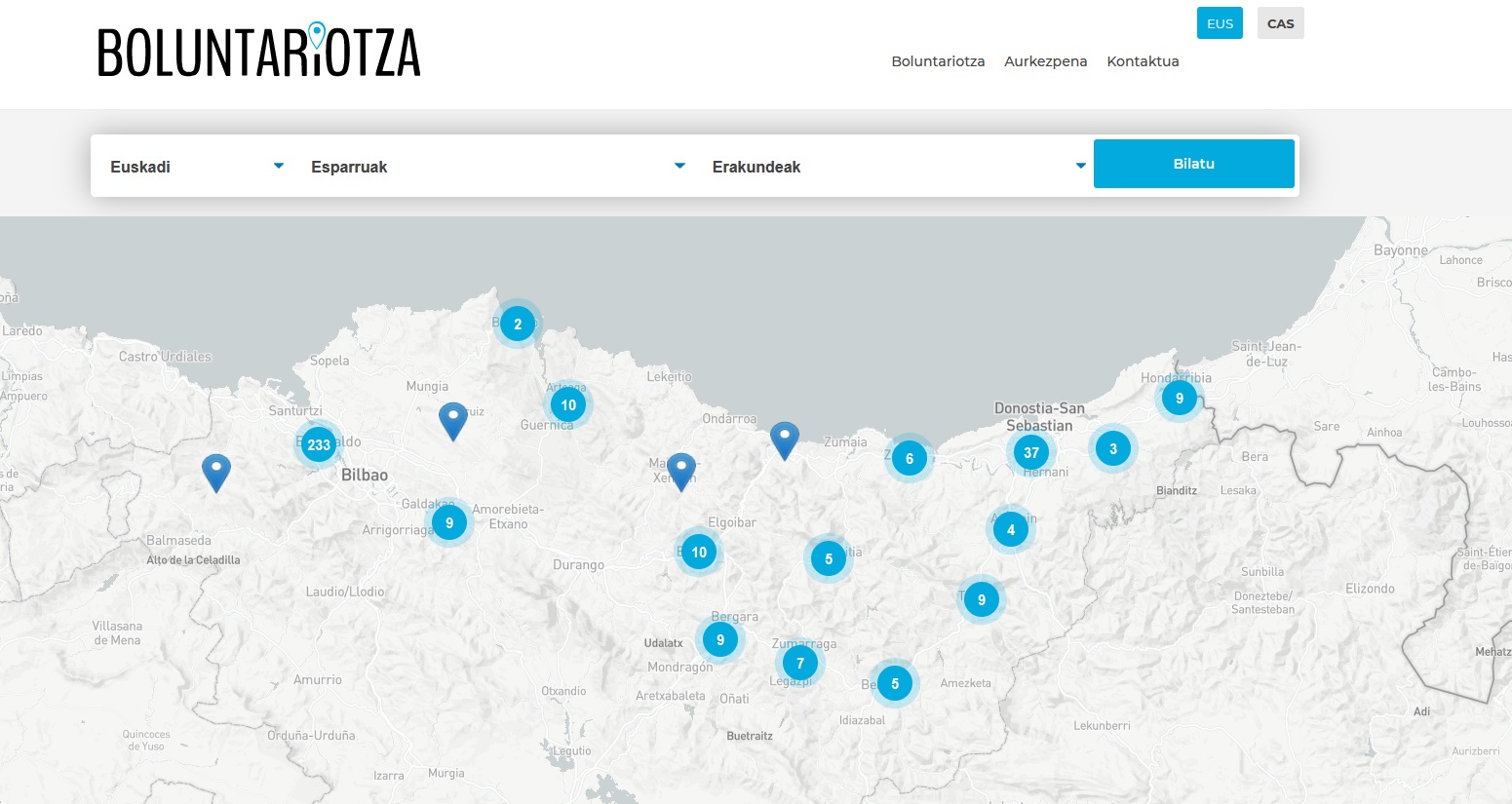