THIS NEWS RELEASE IS NOT FOR DISTRIBUTION IN THE UNITED STATES OR TO U.S. NEWS AGENCIES

TORONTO, June 28, 2018 (GLOBE NEWSWIRE) -- Century Global Commodities Corporation(“Century” or the “Company”) is pleased to announce that it has filed its audited consolidated financial statements for the year ended March 31, 2018 and the related management discussion and analysis (“MD&A”) as well as the Annual Information Form (“AIF”). Copies of these documents may be obtained under Century’s SEDAR profile at www.sedar.com and will be posted on Century’s website at www.centuryglobal.ca.

As at March 31, 2018 the Company reported substantial working capital of C$23.6 million, comprised of cash, bank deposits and an investment portfolio of C$12.9 million (not tied to any funding commitment for any project development), accounts receivables and other current assets of C$12.3 million, and accounts payable of C$1.6 million.

In the fiscal year 2017-18, monthly average iron ore prices ranged from US$69.97/t (TSI) in April 2017 to US$69.70/t in March 2018. Though monthly price averages appear flat over the 12-month period, they actually fluctuated significantly, hitting highs of about US$80/t and lows of about US$60/t. After coming off a recent spot price peak approaching US$80/t in mid-January 2018, iron ore has been trading around US$65/t during most of June 2018. We believe it is prudent to continue our market observer position, while maintaining a small, lean mining team ready to advance our iron ore projects rapidly when the market recovers adequately.

In the fall of 2017, we began exploration work on a group of promising polymetallic claims held by our 100%-owned subsidiary, Century Metals Inc. (“Century Metals”). During the financial year we executed a geological reconnaissance prospecting program on these claims with a primary focus on gold. The program confirmed that the properties had sufficient merit to justify additional exploration expenditures to identify, prioritize and test exploration targets.

As announced on June 20, 2018, the Company is planning a spin-out transaction whereby a portion of the shares of its wholly owned subsidiary, Century Metals will be distributed pro-rata to shareholders of Century, by way of a dividend-in-kind (the “Spin-out Transaction”). The Spin-out Transaction is expected to be completed during the second quarter of Century’s 2018-9 fiscal year and will be subject to approval of the listing of Century Metals’ common shares on the TSX Venture Exchange.

During the year, Century’s professional food marketing team in Hong Kong continued to expand our quality food marketing and distribution network in both Hong Kong and Macau over a range of accounts with major supermarket chains, hotels, restaurants and major international airline food service providers.

On the food supply side, we continued to grow our base by introducing new Australian and European meat brands to the local markets, thereby increasing supermarket shelf space for our expanding product range.

A photo accompanying this announcement is available at http://www.globenewswire.com/NewsRoom/AttachmentNg/16595faf-e0ae-4832-9393-48a0fa3992f0

In parallel with the development of the Hong Kong food distribution business and with a successful local partner, we are now operating two small pilot restaurant stores in Wuhan (population of over 10 million) and in Chongqing (population of over 30 million). As expected, administrative expenses during the initial start-up years were higher, as we were setting up operational infrastructure and our team was going through the necessary learning curve. Our successful and growing Hong Kong-based food operation is delivering a 26% gross margin contribution on sales revenues, as we establish ourselves in China.

With Baowu and Minmetals, both Global Fortune 500 companies, as Chinese strategic partners, Century owns one of the largest iron ore mineral resource bases in the world, across five projects in Quebec and Newfoundland and Labrador. Joyce Lake, a direct shipping iron ore (“DSO”) project in Newfoundland and Labrador, is our most advanced project. It has completed feasibility and permitting studies and can be brought to production within approximately 30 months. We are maintaining our properties ready for advancement after a return to sustained higher iron ore prices.

Base and Precious Metals Investment

Quality food products sourced from advanced countries are in great demand from the quickly-growing middle class in China. The emphasis is on the need for safe, high-quality food products. Century has established a professional marketing team and built a distribution system to serve Hong Kong and eventually all of China. With a successful local partner, Century is now operating small pilot restaurant stores in Wuhan (with a population of over 10 million) and in Chongqing (with a population of over 30 million). 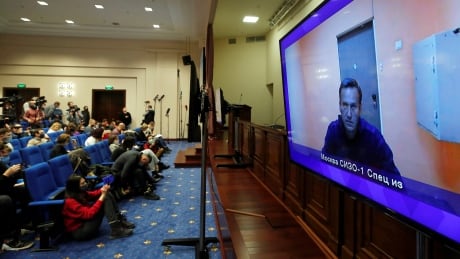