(EMAILWIRE.COM, June 30, 2020 ) Market Overview
The Global Scleroderma Therapeutics Market is expected to grow at a CAGR of 5.89% during the forecasting period (2020-2027).
Scleroderma, or systemic sclerosis, is a chronic connective tissue disease generally classified as one of the autoimmune rheumatic diseases. It causes tissue throughout the body, including the lungs 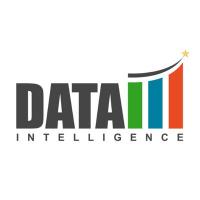 and other organs, to thicken and scar. SSc-ILD is a progressive lung disease in which lung function declines over time, and it can be debilitating and life-threatening. ILD is the leading cause of death among people with scleroderma, typically resulting from a loss of pulmonary function that occurs when the lungs cannot supply enough oxygen to the heart. Scleroderma is majorly of two types: localized scleroderma and systemic sclerosis (SSc).

Market Dynamics
The global scleroderma Therapeutics market growth is driven by several factors such as rising prevalence of scleroderma, increasing screening rates of scleroderma, and growing research & development activities for drug discovery to treat the scleroderma.
In the United States, the prevalence of scleroderma is 240 per million and an annual incidence of 19 per million. In Europe, the prevalence of scleroderma is estimated to be between 10 and 150 per million people, while the annual incidence has been reported to be between 3 and 28 per million people. Women are four times more prone to develop systemic scleroderma than men. The incidence of systemic sclerosis is higher in African American patients, than in non-African American patients. Among all African Americans, 23.7 people per million are diagnosed with systemic sclerosis, while the comparable rate among non-African Americans is 18.3 people per million diagnosed. The prevalence of 315 of everyone million African Americans diagnosed with systemic sclerosis while, 225 of everyone million non-African Americans are diagnosed with systemic sclerosis. Hence, with rising prevalence of scleroderma, the demand for its treatment is increasing, thus boosting the growth of the market globally.
In addition, the emergence of new drugs in clinical trial phases is expected to boost the growth of the market during the forecast period. For instance, in August 2019, Emerald Health Pharmaceuticals Inc. (EHP), completed its Phase I clinical trial evaluating the safety, pharmacokinetics, pharmacodynamics and exploratory biomarkers of its lead product candidate, EHP-101, an oral formulation of a patented new chemical entity (NCE) derived from cannabidiol (CBD) for the treatment of multiple sclerosis (MS) and systemic scleroderma (SSc) patients. Start-up activities are underway for the initiation of Phase II clinical studies of EHP-101 in MS and SSc patients, with initiation of the first Phase II study expected by the end of 2019.
Also, in April 2019, Vicore Pharma AB has selected diffuse systemic sclerosis (dSSc) as the second indication for its lead program VP01 (C21), which complements the primary indication, idiopathic pulmonary fibrosis (IPF). Diffuse systemic sclerosis has strong involvement of angiotensin II and an upregulation of the angiotensin II type 2 receptor (AT2R the C21 target), which is known to mediate anti-fibrotic as well as vascular effects within a number of disease models. VP01 is currently being explored within a prolonged phase I study for dose optimization. Both IIa phase studies are expected to begin in the second half of 2019.
However, the scleroderma treatment market growth is expected to hinder by some factors including lack of curative treatment, poor efficacy and efficiency of present drug regimens.

Market Segmentation Analysis
By indication, the global scleroderma therapeutics market is segmented into systemic and localized scleroderma. Among these, systemic indication segment expected to hold the largest share over the forecast period, owing to use of high-priced immunosuppressants. Several indications such as SSc-induced symptoms and conditions that range from interstitial lung disease to pulmonary arterial hypertension fall under systemic scleroderma. In September 2019, the U.S. FDA approved Ofev (nintedanib) capsules to slow the rate of decline in pulmonary function in adults with interstitial lung disease associated with systemic sclerosis or scleroderma, called SSc-ILD.
On the other hand, localized scleroderma is estimated to grow at the fastest CAGR during the forecast period. There are several drugs in the pipeline for localized scleroderma which are expected to launch including FCX-013 by Fibrocell. Fibrocells FCX-013 holds orphan drug and fast track designation and if approved, it would be the first gene therapy for localized scleroderma. Also, Lenabasum by Corbus Pharmaceuticals is the first oral therapy with high therapeutic potential targeting diffuse cutaneous systemic sclerosis.
On the basis of drug class, the market is segmented into immunosuppressors, Phosphodiesterase 5 inhibitors PHA, endothelin receptor antagonists (ERA), prostacyclin analogues (PA), calcium channel blockers (CCBs), analgesics, and others. Among these, the immunosuppressors drug class accounted for the largest market share in 2018, and expected to show dominance over the forecast period, as this drug class has several biologics from major players.

Market Geographical Analysis
North America in dominating the global scleroderma therapeutics market accounted for the largest market share in 2018, owing to presence of recently developed immunosuppressants along with favorable reimbursement scenario. The estimated incidence of systemic sclerosis in the United States is 20 cases per million population, and its prevalence has been estimated at 276 cases per million population. An increased systemic sclerosis incidence and prevalence has been evident in the last 50 years. Although improved diagnosis and increased survival rate can partially account for this observation, it appears that there has been a real increase in its incidence. In addition, presence of favorable government regulations and funding programs along with increasing clinical trials to enhance the efficiency and new product development are also some of the factors driving the growth of the market in this region over the forecast period.
Asia Pacific scleroderma therapeutics market is growing at the fastest growth rate during the forecast period, due to rising incidence of scleroderma, large number of unmet patient needs and rising demand for the treatment. In countries such as Japan and Australia generics and OTC drugs are the mainstay therapy for scleroderma and its symptoms. The Japan market although experiencing price cuts has faster access to new orphan therapies. Expected increase in access to biosimilar and generic immunosuppressants are estimated to drive the market growth in this region.

Market Competitive Analysis
The market is highly fragmented with presence of large number of players. Some of the major players in the market include: Boehringer Ingelheim International GmbH, Corbus Pharmaceuticals Holdings, Inc., Bayer AG, Gilead Sciences, Inc., Allergan, Inc., Pfizer, Inc., Sanofi, GlaxoSmithKline plc, Cumberland Pharmaceuticals, Inc., Actelion Pharmaceuticals, Inc., among others.
The key players are adopting various growth strategies such as product launches, mergers & acquisitions, partnerships, and collaborations which are contributing to the growth of the scleroderma therapeutics market globally. For instance,
In May 2019, Corbus Pharmaceuticals Holdings, Inc. completed a Phase 3 study assessing the efficacy and safety of lenabasum for the treatment of systemic sclerosis (SSc). The Company expects to report topline results from this study by 2020.
In January 2019, Gemelli Biotech launched a blood test, called Sclero-smart, the first and only commercially available test that measures anti-vinculin levels to help physicians identify the risk of gastrointestinal or vascular complications among patients with scleroderma and systemic sclerosis.

Sponsored
Also read
Aimco Cares Charity Golf Classic Raises $340,000 for Military Causes, Scholars and Local Nonprofits
Why there is no speed limit in the superfluid universe
Vitamin E needed for proper nervous system development
Your cells look young for their age, compared to a chimp's
A computer predicts your thoughts, creating images based on them
Archaeology uncovers infectious disease spread 4000 years ago
Scientists advance understanding of blood-brain barrier health
Neurobiology: To keep pain in check, count down