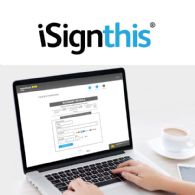 The Company has received numerous questions from shareholders and analysts regarding the performance rights and revenues. The Company will not make commentary on this matter prior to the milestone date, noting that the milestone date set under the prospectus in 2014 is the end of June 2018. The performance milestone outcome will be reported post audit. However, unaudited revenue will be reported with the 30 June 2018 Appendix 4C quarterly update, due no later than 31st July 2018. This will provide preliminary guidance as to revenues and likely outcome of performance share issue.

As reported on the 26th April with the 31st March 2018 Appendix 4C quarterly update, the ISXPay contracted book value continues to grow, with contracted value now in excess of AUD$550m GPTV per annum. The GPTV processed by the Company did not experience the growth expected by the Company, due to a number of unforeseeable technical issues, as previously reported.

The Company is pleased to announce that it has resolved the upstream technical issues reported with the 31st March 2018 Appendix 4C. The resolution has entailed the addition of parallel supply networks to reach core banking and card services, thus ensuring that the Company is not dependent on any one network to process traffic. Whilst network crashes, such as what occurred on the entire core Visa UK & EU network last week(see Note below) are unavoidable, the ability to minimise outages in our supply networks to reach the card and banking core networks is critical.

The Company notes that use of these parallel supply network means that it is still diverting some of its traffic in the short term to these higher cost suppliers, until its own lower cost Tier 1 network to Visa, Mastercard and JCB is completed fully, which is expected to take a further 12 weeks. The completed Tier 1 connection is necessary to ensure that the Company controls its own supply chain, and can scale services elastically based on demand, whilst managing costs.

The ability for the Company to divert traffic to other suppliers, even once it has its own Tier 1 connections, is an essential design feature of the resilient ISX network. This ensures that the Company can offer our merchants maximum processing uptime to our merchants in the event of upstream supply issues on the ISX core network.

The above resolves the separate coverage and throughput issues, with merchant processing in both Australia and the European union now possible at volume for the foreseeable contracted volumes.