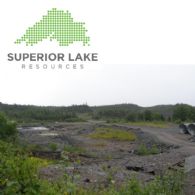 Superior Lake Resources (ASX:SUP) recently acquired the Superior Lake zinc project in Canada. It was the country's highest-grade zinc operation (3.5 Mt at 14% Zn, 1% Cu) for a decade before closing in 1998 as a result of ongoing low zinc prices. Any exploration work since has been limited, due to the continued low zinc price and the project's fragmented ownership.

Why is this asset now viable? The zinc price, now at near-record highs, is expected to remain that way for some time. With no exploration at the project in 20 years, its potential seems excellent. Additionally, existing infrastructure (mine development, roads, power, water and workforce) at the mine should reduce future development capital costs.

What work has been completed recently? SUP acquired the project in early 2018 and has since been reviewing and verifying historic data. That has seen the release of exceptionally high-grade results within the unmined region of the deposit, including the following.

Valuation catalysts: the company will release a number of key announcements in coming months that should shape the future of the project. They include the following.

- Commencement of an exploration drill program (first for 20 years) - 3Q18

Analyst comments: the upcoming JORC resource is likely to confirm the Superior Lake zinc project as the highest-grade zinc asset on the ASX. Based on the historic resource and drill results, we expect the resource grade to be around 14% Zn and 18% Zn Eq, once by-products are accounted for. To put this grade into perspective, it equates to a gold grade of around 13 g/t Au (FM estimate - gold price US$1,300).

Post the release of the JORC resource (which is imminent) the first significant exploration program in more than 20 years will commence, including the first drill program. Initially, we anticipate that targets will focus around potential extensions to the resource areas, given these will be the easiest to convert to additional resources and hence extend the project's mine life.

In addition to drilling, SUP plans to use downhole electromagnetics (EM) for, we understand, the first time at the project. EM has been used with great success at volcanic massive sulphide (VMS) ore deposits (such as those at Superior Lake) to identify additional mineralized zones or lenses. SUP non-executive director Peter Williams has vast experience in this area, having been heavily involved in the development and success of Independence Group and, more specifically, the discovery of the McLeay nickel sulphide deposit (Long nickel mine) at Kambalda, in which downhole EM played a major role. We believe the discovery of additional lenses at Superior Lake is likely to result in a significant share price re-rating.

Coinciding with the exploration program, SUP plans to release initial capital costs for project development. We see this as a critical step in the long-term development of the Superior Lake project, as it will give an indication of the future production profile.