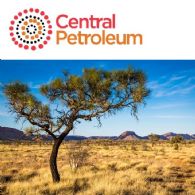 As Central Petroleum Limited (ASX:CTP) ("Company" or "Central") enters its growth phase with the Northern Gas Pipeline ("NGP") becoming operational in December, the Company has significantly strengthened its management capabilities and taken the opportunity to have an orderly succession plan. The Company believes a successful Drilling Programme will open up the next phase of the Company's development and needs to start planning for that outcome.

This calendar year, the Company has two overriding priorities, namely:

This requires the Company to reopen Palm Valley and upgrade plant facilities across its fields in time for the NGP and come in under the allocated capital of $15 million (inclusive of Palm Valley nett to Central).

An underbalanced deviated well with air mist is being drilled at each of Palm Valley and Mereenie and another well at Ooraminna. These wells may open up untapped potential on all three fields at a time of a national gas shortage.

Central has promoted Mike Herrington to the role of President - Operations and Chief Development Officer with the position overseeing the drilling and subsurface activities. This provides continuity of the present with a focus on the future. Ross Evans (short bio attached) has been appointed Chief Operations Officer with oversight of both projects and operations and will become a member of the management committee effective immediately. The Company intends to appoint a General Manager Operations shortly.

In addition, the Company has appointed Robin Polson (short bio attached) as Chief Commercial Officer and a member of the management committee. Following the collapse in oil price, the Company had merged this role with the Chief Financial Officer's. With the national gas shortage and the opening up of a myriad of sales and business opportunities with the advent of the NGP, Robin will be tasked with optimising those opportunities.

Mike and Robin will concentrate on the next phase of the Company's growth aimed at doubling its gas production again by 2022.

The Board has reached agreement with the Managing Director Richard Cottee to extend his tenure for a further two years with details to be released when all documentation has been finalised. The Board intends to renew Mike Herrington's and Leon Devaney's contract sequentially, ensuring that in any 12 month period only one of those contracts is up for renewal.

Central welcomes these new employees at such a critical and exciting time for the Company.

Ross Evans has been appointed Chief Operations Officer with oversight of both projects and operations and will become a member of the management committee effective immediately. Mr Evans was recently Executive General Manager for Exploration & Development for Lattice Energy, the upstream business divested by Origin. Prior to that Ross held various senior roles with Origin where he was instrumental in the rapid growth of Origin's upstream business and the successful delivery of the APLNG Coal Seam Gas to LNG project in Queensland. Mr Evans brings to Central more than 20 years' experience diversified upstream industry experience particularly in Queensland and the Northern Territory, and holds a number of qualifications including a Bachelor of Engineering degree from the University of Queensland and an MBA from the University of NSW.

Robin joined Central Petroleum Limited after most recently 15 years as a financial advisory partner at Deloitte. At Deloitte and previously PricewaterhouseCoopers he has more than 27 years professional experience within the audit, advisory and valuation and strategy professional practices. He has a further three years M&A experience as a director of an investment bank. He regularly advised resource companies and government around issues relevant to the resources industry. Robin has deep experience advising the oil and gas industry in Australia and internationally, including: the preparation of numerous independent expert reports and other strategic advice in respect of most of the significant Australia East Coast on market and other corporate transactions since 2003, the Queensland Government Gas Demand and Supply Action Plan and assisting the Queensland coal seam gas to LNG players in their representations to the Queensland Government (through APPEA) around the approach to calculating and providing Financial Assurance in respect of environmental disturbance. Robin has a Bachelor of Commerce and a Graduate Diploma in Applied Finance and Investment. He is a member of the Queensland Exploration Council Executive and a member of the Australian Institute of Company Directors.