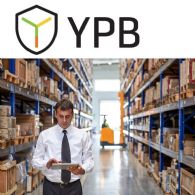 Anti-Counterfeit and Customer Engagement solutions company YPB Group Ltd (ASX:YPB) is pleased to announce that UGG Australian Made Since 1974 will ensure the authenticity of its sheepskin boots and create a digital channel direct to its customers via YPB's PROTECT DETECT CONNECT technology suite.

UGG Australian Made Since 1974 is a third generation family business handcrafting premium quality, 100% Australian made UGG boots at its craftsmen-staffed workshop in South East Queensland. It is one of only a handful of UGG boot producers whose product is entirely made in Australia from only Australian sheepskins. Over 96% of UGG boots are produced or partly produced in China and product authenticity is a major concern to the few producers of truly authentic, premium Australian UGGs.

UGG Australian Made Since 1974 has customers in over 20 countries. Its online export business is growing steadily and its domestic retail outlets are growing along with the growth in Chinese tourists to the Gold Coast and Sydney. The company is determined to protect its customers and its brand from fakes and recognises the opportunity for an ongoing direct customer relationship that flows from the willingness of customers to engage with a brand to confirm product authenticity. YPB's solutions seamlessly serve both objectives.

UGG Australian Made Since 1974 will be the first client to deploy ProtectCode, YPB's innovative solution to the easily faked QR code, the universal gateway to e-commerce in Asia, particularly China. ProtectCode will embed YPB's forensic tracer into the QR code to enable easy confirmation of the codes authenticity. This initial iteration of ProtectCode will require YPB's scanner to confirm the presence of tracer but smartphone readability, due in the next few months, will mark the first massmarket deployable, forensic level, anti-counterfeit solution. Smartphone readability will be based on the unique, patented IP of YPB's recent acquisition Motif Micro.

UGG Australian Made Since 1974 will deploy serialised QR codes generated by YPB Connect on swing tags. In a further YPB innovation, the Australian Made logo will be overlaid on the QR code without impacting readability of the code. Smartphone scan of the ProtectCode will bring up a screen requiring input of a serial number which will be confirmed against that held in the YPB Connect database.

This project will be a modest revenue contributor to YPB.(see Note below) Nevertheless, Australian Made Campaign recognises the cost of counterfeit to innovative Australian companies and their customers and is working closely with YPB to introduce more companies to YPB's integrated solution to counterfeit and the challenge of building lasting customer relationships.

Mr Todd Watts, Managing Director of UGG Australian Made Since 1974, said: "The project with YPB is very important to us as the world is filled with so much confusion as to what is "real" and what is "fake". Working with YPB will help to clearly distinguish who we are as an 100% Australian Made UGG boot manufacturer and enable us to build a safety net around our brand UGG Since 1974. We have been producing high quality merino UGG boots for over 40 years and for the brand to be confused with fakes is extremely detrimental to the brand's image and identity that we have put so much effort into building. Our aim is to implement both an authentication process and an anticounterfeit label for our customers, ensuring them that what they have bought is 100% the "real" UGG Since 1974 boots, manufactured on the Gold Coast, Australia, from start to finish.

We see the relationship with YPB and the benefits the security system has to offer us as a gamechanger for Australian Made UGG boots, bringing a new level of accountability to the industry and assisting us to tell the story of the iconic Australian made UGG boots to our consumers worldwide."

YPB Executive Chairman John Houston said: "We are delighted to help a first-rate Australian family business such as UGG Australian Made Since 1974 protect against counterfeit and use our fully integrated technologies to maximise the lifetime value of all its customers through ongoing direct connection. We expect to help many more Australian producers developing markets in high counterfeit risk geographies, particularly China, to protect against counterfeit and connect directly with end customers to build robust, sustainable business. We have developed a close working relationship with Australian Made Campaign and look forward to jointly protecting "brand Australia" from the direct and serious damage of counterfeit."