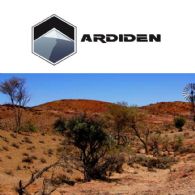 Canadian focused explorer and developer Ardiden Limited ("ADV" or "the Company") (ASX:ADV) is pleased to advise the diamond drilling program is progressing quickly with due diligence drilling program successfully hitting the I.F. target zone in each of the seven drill holes at the highly-prospective Kasagiminnis Lake Property in Ontario, Canada.

- Drilling confirms continuity of thick I.F. zones from close to surface with down hole widths of up to 43.7m (KAS-18-06), with mineralisation remaining open in all directions

- Results provide a greater level of confidence in the continuity of the mineralisation and potential of the Kasagiminnis Lake Property.

The due diligence drill program is focused on the Kasagiminnis Lake Property and has been designed to drill test and evaluate high grade historic gold intercepts and test mineralisation extensions of key gold mineralisation zones.

Historical results from the Kasagiminnis Lake Property reveal the gold mineralisation is structurally controlled and hosted within a north-east trending Iron Formation (I.F.) which lies within mafic and intermediate volcanic units. The gold also appears to be associated with sulphides replacing magnetite within the I.F., a common mineralisation style.

Historically, the I.F. unit has been found to be mineralised along a 1.4km section in the main Kasagiminnis zone with additional mineralisation intersected both along strike and in other parallel I.F. units and Intermediate Volcanics.

The first seven diamond drill-holes completed during this due diligence diamond drill program at the Kasagiminnis Lake Property (holes KAS-18-01 to KA18-07) have successfully intersected multiple I.F. target zones from close to surface. Ardiden confirms these drill holes have now been reviewed and logged by the Company's geological team and drill core samples are currently being cut and prepared for analysis at Activation Laboratories in Thunder Bay.

Visual logging of the drill cores has confirmed the presence of multiple I.F. layers from close to surface and remains open at depth, including impressive intersections: (refer to Table 1 in link below for a full list):

Ardiden notes the width of the I.F. zones identified in the drilling are core lengths and the true widths of the zones are yet to be fully determined. Such information about the zones widths will be provided once the structures are better understood.

The true potential of the Kasagiminnis Lake Property location has not been fully drill-tested and the mineralisation remains open in all directions and at depth. The Company is targeting known gold mineralisation hosted in multiple I.F. zones and will continue to develop its geological interpretation of the Kasagiminnis Lake Property as further drilling and assay results are received.