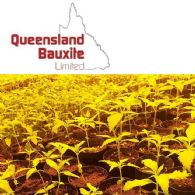 Because of a few poignant questions on yesterday's significant Queensland Bauxite (ASX:QBL) announcement there are dominating queries sent to the Company that obviously need clarification.

On behalf of the Queensland Bauxite (QBL) Board I would like to answer and clarify these questions, so that shareholders fully understand the Announcement and its implications for QBL.

Question 1). Because the new deal almost doubles the share capital in QBL, that means shareholders are diluted to half their existing interest in MCL and Bauxite. How is this beneficial to QBL?

Answer : Currently QBL owns 55% of MCL. Should the alternative of an MCL separate float be put into effect then this percentage ownership by QBL would be seriously diluted upon a separate IPO. In a separate IPO, and after an issue of shares for the Medcan transaction, QBL would only have had an approximate 35% minority interest in MCL, and in addition would not have had access to the expected revenues into MCL. This deal not only ensures a 100% interest in MCL, with QBL shareholders having a greater beneficial ownership than prior to this deal, it also ensures that QBL will have direct access to the future revenues, giving QBL an ability to deploy that capital in building value for QBL shareholders, and to issue dividends from profits.

In summary, not only do QBL shareholders have a greater percentage beneficial ownership in MCL after this merger than prior, but significantly most of the income stream to MCL and its anticipated profitable cash flow, would have been lost to QBL on a separation of MCL in an IPO, whereas QBL will now get 100% of the income. QBL shareholders are therefore in a much better position having 100% of MCL's income stream via QBL's 100% ownership of MCL.

Question 2) Who is Medcan and why did we offer to issue so many shares for a company that has no current revenues?

Answer: We offered the shares because Medcan has an ODC licence which is difficult to acquire, and it is uncertain how many further licenses the ODC will even issue anymore. From our correspondence with the ODC we saw that the requirements they had requested of us would have taken us much longer to secure the license and the value of having a license now as a first mover advantage is absolutely necessary to achieve our goals.

It seems to be taking a year or two or more to get this licence and most applications have not been approved and are not expected to be approved. We could not risk not having this licence if we want to be able to grow high THC Cannabis for medicinal purposes.

Also, significantly, Medcan have a DA approved facility for growing and producing THC Cannabis. Such a facility is difficult to achieve partly because generally, many councils are not amenable to give approval for a marijuana facility in their jurisdiction.

Medcan also has many international contacts who are interested in purchasing product from their facility once fully operational, and we believe we will be able to build a lucrative business based on us being one of the few companies with an approved facility to accompany the ODC licence.

Medcan's shares are subject to 24 months escrow so it is in their interest to assist the company as much as possible.

The Medcan team, during the many meetings we had prior to the signing of the Heads of Agreement, impressed us all as being very knowledgeable in the field and well connected and enthusiastic for the medicinal marijuana cause.

Yes, when paying, everything is too high. We would have loved to pay less. But we really wanted and needed what they had to offer.

To make money, unfortunately one has to spend money, and we believe the returns on this deal will create much greater value to QBL shareholders than the initial value of the investment.

It is our view, relative to what the market is valuing other companies with ODC licenses, that QBL has achieved a very favourable outcome for its shareholders.

Question 3) Aren't we paying too much for MCL relative to what we paid for our initial interest in MCL?

We are confident that we paid for MCL, based on market valuation and what the market valued QBL at based on the MCL investment. Since our initial acquisition of MCL, we have turned MCL from just a concept into a leading company in this industry. In addition, since the initial acquisition, legislation changed to legalise hemp food products which enabled the building of our Vitahemp and Vitaseed's businesses, and legislation has changed to allow Cannabis exports. The value of MCL today is 'simply' much greater than when we did the initial investment.

Obviously, had we not done a logical calculation as to what MCL was worth, and given fair value, there is no way that the shareholders in MCL would have agreed to give up their MCL shares. Again, anything we pay for is too much because it is our money into someone else's pocket! But if what we purchase is going to make us a lot more money than the cost of investment, then the investment is well worth making. We believe that the future potential of MCL is very significant and we wanted to ensure that all that value will be captured directly for the benefit of QBL and its shareholders.