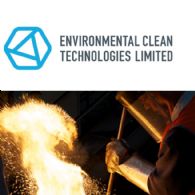 Environmental Clean Technologies Limited (ASX:ESI) (ECT or Company) is pleased to provide the following general update on its activities in India and Australia.

On 30 May 2018 the Company signed a project agreement for the largest ever (~AUD35 million) R&D collaboration between Australia and India for the joint development of its two leading technologies: Matmor and Coldry.

The first order of business under the project agreement is the finalisation and execution of a set of detailed sub-agreements, which form the condition precedent to financial close, and are targeted for completion by 31 July.

ECT India Chairman and Managing Director, Mr Ashley Moore commented, "Following the signing ceremony for the project agreement we moved straight into the review and finalisation of the draft sub-agreements.

"I'm pleased to report the drafting process has continued its momentum over the past few weeks and is currently on track to meet our mutually agreed timeframe of 31 July (2018).

"Next steps involve finalisation of the sub-agreements as a package, followed by their signing in India.

"This process includes review by the three key departments within NLCIL and NMDC, being Company Secretariat, Legal and Finance, ahead of conclusion.

"Following the execution of the sub-agreements the engineering, procurement and construction program will commence."

The Company will continue to provide updates and guidance on this key activity.

The Company is pleased to provide updates on the following activities:

The Company's previous update on the progress of its Coldry solid fuel trials in the Victorian and Tasmanian markets (6 February 2018) noted:

- Maiden shipment of Coldry to Tasmania

- Testing in a range of boiler systems across several consumers

Under the AusIndustry R&D Tax Incentive program, product generated from eligible experimental activity is permitted to be sold.

ECT is pleased to report that the Coldry solid fuel test product consumed by participants has performed well and as a result, the Company continues to supply these customers with further product generated by our experimental activity, on an ongoing basis.

The Company is now expanding its HVTF test program and will continue to make Coldry solid fuel available for sale to these consumers across Victoria and Tasmania.

ECT COO Jim Blackburn commented, "In addition to the successful initial testing across several consumers and the subsequent ongoing sale of available Coldry solid fuel over recent months, we've also assisted customers with the review and scoping of boiler upgrades, with a focus on Coldry handling systems, allowing for progressive scale up as we expand capacity at our Bacchus Marsh site.

"Not surprisingly, we've received increased interest from shareholders in recent weeks seeking to know the identity of the customers, how many tonnes we're supplying and the price. These details remain commercial-in-confidence given the emerging interest in the market from parties that may seek to market alternate products to the same consumers.

"Importantly, the establishment of regular sales of Coldry solid fuel test product supports our planned Stage 3 upgrade of the HVTF to a capacity of up to 35,000 tonnes a year, including development of an expanded raw materials handling and finished product storage capacity.

"The upgrade activity at the HVTF will further support collection of critical scale up research data to inform aspects of both the integrated Coldry demonstration and Matmor pilot plant project in India and our proposed Latrobe Valley project here in Australia."

The Company previously announced the commencement of the feasibility study for the proposed establishment of a large-scale Coldry demonstration plant of ~170,000 tonnes per annum capacity (4 September 2017).

Phase 1 was completed and announced (15 November 2017), highlighting our partnership with Energy Australia for potential site location and coal supply.

The Company's focus on advancing the India project has taken priority since the conclusion of Phase 1, resulting in a pause in activity around the Latrobe Valley project in recent months.

ECT Chairman Mr Glenn Fozard, commented "The initial scoping and site selection provided a solid foundation to proceed to pre-feasibility and we look forward to progressing this program in coming months.

"HELE power stations, hydrogen production and fertilizer production are all industries of the future for the Latrobe Valley and they all share the common need to dry brown coal. Following successful scale up, Coldry has the potential to deliver this outcome economically and with zero-emissions when integrated with a waste heat source. A claim unmatched by any other process."

The project entails the development of ECT's two leading technologies:

Commencing with an ~AUD35 million R&D phase, the project aims to scale up ECT's Matmor and Coldry technologies to deliver an integrated Coldry demonstration and Matmor pilot plant to validate their technical and economic feasibility at a capacity of ~2 tonnes of metal per hour.

Following successful phase one R&D outcomes, the project agreement provides the framework to proceed with a commercial-scale integrated steelmaking facility. The parties have previously contemplated the potential scope for the commercial phase via the techno-economic feasibility study completed in July 2016, which includes a notional capacity of 500,000 tonnes per annum steel output and an estimated AUD300 million capital investment. The site for the R&D plant at NLCIL has been chosen to allow room for expansion into a commercial-scale facility.

Matmor is the world's first and only lignite-based primary iron making technology capable of replacing metallurgical coal and high-grade lump iron ore with lower-cost alternative raw materials thanks to its unique chemistry and furnace design.

The process is built on a unique chemical pathway that utilises hydrogen, enabling lower operating temperatures and shorter process times than the traditional blast furnace route.

Coldry is a unique, zero-emission, lignite upgrading technology capable of producing a solid fuel for use in power generation, industrial thermal applications and as a feedstock to higher-value downstream applications such as coal to liquids, gas, fertiliser, chemicals, chars, activated carbon, hydrogen and steelmaking (via the Matmor technology). Coldry solid fuel is significantly less CO2 intensive than lignite.

The anticipated lower cost of the integrated Coldry-Matmor technologies when commercialised provides a realistic basis for achieving zero-net CO2 emissions from primary iron production, a goal which has eluded the commercial world of steel making despite many attempts.

When applied to lignite and some sub-bituminous coals, the Coldry beneficiation process produces a black coal equivalent (BCE) in the form of pellets. Coldry pellets have equal or superior energy value to many black coals and produce lower CO2 emissions than raw lignite.

The MATMOR process has the potential to revolutionise primary iron making.

MATMOR is a simple, low cost, low emission production technology, utilising the patented MATMOR retort, which enables the use of cheaper feedstocks to produce primary iron.

About the India R&D Project

The India project is aimed at advancing the Company's Coldry and Matmor technologies to demonstration and pilot scale, respectively, on the path to commercial deployment.

ECT has partnered with NLC India Limited and NMDC Limited to jointly fund and execute the project.