Tremaurice Arthur Randall pleaded guilty on Aug. 4, 2020, to carjacking and brandishing a firearm in furtherance of a crime of violence and was sentenced to 114 months in federal prison today by U.S. District Judge Marcia Crone.

A co-defendant, Thaddiaus Joseph Thomas, 34, of Beaumont, Texas, pleaded guilty to the same charges on Aug. 12, 2020 and is awaiting sentencing.

According to information presented in court, on Dec. 21, 2019, Thomas and Randall traveled to the Excellent Carwash located at 5010 Haden Road in Beaumont, Texas, wearing masks, where they approached a man who was sitting in the driver’s seat of his 2003 Dodge Ram pickup truck. Thomas pointed a pistol at the man and Randall ordered him to “give it up” before the two pulled the man out of his truck and threw him to the ground. Thomas then pistol whipped the man in the head and fired one shot toward his feet.  Randall and Thomas then entered the pickup truck and fled.  Thomas and Randall were indicted by a federal grand jury on March 4, 2020 and charged with conspiracy to commit carjacking, carjacking, possession of a firearm during a crime of violence, and possession of a firearm by a prohibited person.

This case is a part of Project Guardian, the Department of Justice’s signature initiative to reduce gun violence and enforce federal firearms laws.  Initiated by the Attorney General in the fall of 2019, Project Guardian draws upon the Department’s past successful programs to reduce un violence; enhances coordination of federal, state, local, and tribal authorities in investigating and prosecuting gun crimes; improves information-sharing by the Bureau of Alcohol, Tobacco, Firearms and Explosives when a prohibited individual attempts to purchase a firearm and is denied by the National Instant Criminal Background Check System (NICS), to include taking appropriate actions when a prospective purchaser is denied by the NICS for mental health reasons; and ensures that federal resources are directed at the criminals posing the greatest threat to our communities.

This case was investigated by the Bureau of Alcohol, Tobacco, Firearms and Explosives and the Beaumont Police Department and prosecuted by Assistant U.S. Attorney John B. Ross.

Department of Justice
Office of the U.S. Attorney
Eastern District of Texas 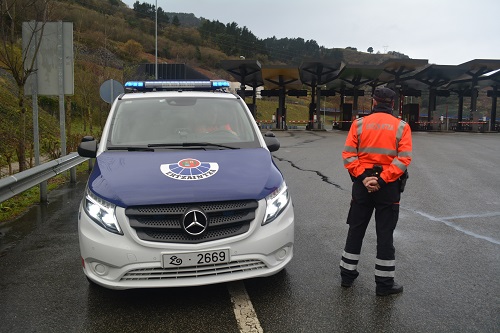