U.S. President Donald Trump Participates in a Bilateral Meeting with the President of the Republic of Iraq H.E. Dr. Barham Salih

Remarks by President Trump and President Salih of the Republic of Iraq Before Bilateral Meeting | Davos, Switzerland

PRESIDENT SALIH:  Thank you, Mr. President.  Thank you.  It’s an important opportunity to meet President Trump to talk about the developments in our neighborhood.  These are challenging times, difficult times.  And I look for a very fruitful and very candid conversation with the President.

We have had an enduring relationship, and the United States has been a partner to Iraq and in the war against ISIS.  This mission needs to be accomplished, and I believe you and I share the same mission for a stable, sovereign Iraq that is at peace with itself and at peace with its neighbors.

Q    What is the plan for pulling out U.S. troops from Iraq?

PRESIDENT TRUMP:  Well, we’re talking about a lot of different things, and you’ll be hearing whatever we do.  But they like what we’re doing and we like them, and we’ve had a very good relationship.  I can only speak for my administration; I won’t speak for past administrations, frankly.  But we’ve had a very good relationship.

Q    Mr. President, are you still considering sanctions against Iraq?

PRESIDENT TRUMP:  We’ll see what happens because we do have to do things on our terms.  We (inaudible) —

PRESIDENT SALIH:  We have a lot of common interests: the fight against extremism; stability in the neighborhood —

PRESIDENT TRUMP:  And we’re also involved with them in their oil business, and that’s always been very important from their standpoint and from our standpoint.  So we have a lot of very positive things to talk about.

But we are down to a low number, and we’ve been there for quite a while.  So we’ll make a determination.

Okay?  Thank you all very much.

Q    President Salih, what was your reaction to the death of Qasem Soleimani?

PRESIDENT TRUMP:  So, that’ll be, I would say, within the next 45 minutes.  Yeah, before leaving.  We’re going to be leaving in a little while.

We’ve had tremendous success in Davos.  And we’ll be leaving in a little while, but we’ll do a news conference — a quick news conference.  And then we head back.  Some of you are coming on a very nice plane.

Okay?  So I’ll see you in a little while. 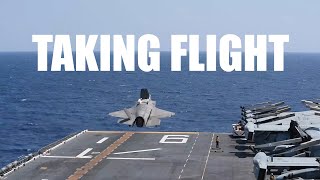 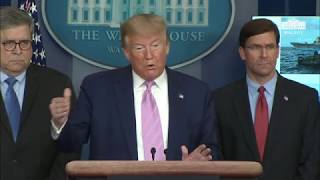 4/1/20: Members of the Coronavirus Task Force 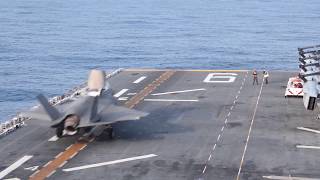 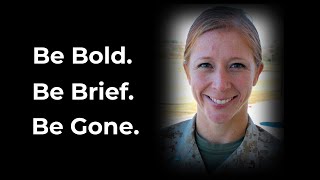 Be Bold. Be Brief. Be Gone. 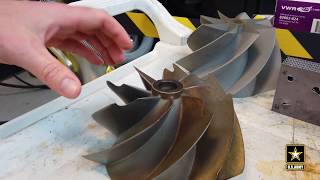 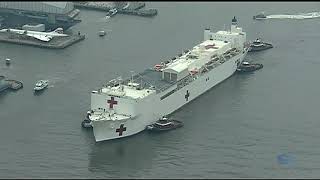 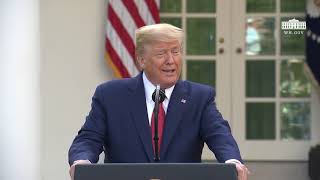 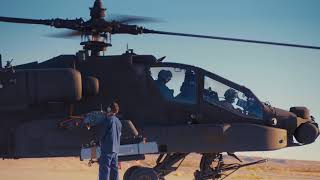