THE PRESIDENT:  Good afternoon.  I just had an opportunity to catch up with two small-business owners I met on the road in the last couple weeks.  And the first was a very entrepreneurial woman named Pilar Guzman Zavala, and she’s in Florida, Miami.  And Tim Eichinger, who is in Wisconsin.  They have different businesses and live in different places, but both shared the same message with me when I spoke to them on the road, and that was American small businesses are hurting and hurting badly, and they need help now.  And it’s in all of our interests to make sure they get the help now.

Small businesses are the engines of our economic progress; they’re the glue and the heart and soul of our communities.  But they’re getting crushed.  Since the beginning of this pandemic, 400,000 small businesses have closed — 400,000 — and millions more are hanging by a thread.

It’s hurting black, Latino, and Asian American communities the hardest.  Walk down any Main Street and you see it: empty storefronts, goodbye signs hanging in the windows.  Maybe it’s the pizza place you used to take your family to dinner, or the hardware store that always had the tool you needed.  It’s mom-and-pop shop that’s sponsored by — that is supported by the community, and then, in turn, they support the community.  They sponsor a Little League team; the barber shop with the first dollar bill that he or she earned is still taped to the wall, along with a picture of the kids who are now in college.

These small businesses — not the ones with 500 employees, but these small businesses that, with a handful of folks, they are 90 percent of the businesses in America.  But when the Paycheck Protection Program was passed, a lot of these mom-and-pop business just got muscled out of the way by bigger companies who jumped in front of the line.

And today, I’m announcing additional changes to the PPP program that will make sure we look out for the mom-and-pop business even more than we already have.  As I explained to Pilar and Tim — the two small-business people I spoke to on Wednesday — the Small Business Administration is going to establish a 14-day exclusive PPP loan application period for businesses and nonprofits with fewer than 20 employees.  People can — can go out and find how to get a hold of these — these loans.  People can find out more at the SBA.gov.

The Small Business Administration will also remove barriers that have stopped many businesses from being able to apply for these loans.  For example, we’re making it so that a student loan default or a non-fraud-related criminal record does not prohibit someone from applying for the program.

At the same time, we’re increasing access by increasing oversight.  I invite any inspector general in this program, with jurisdiction over this program, to closely look at these loans and report — publicly report on any issues they uncover inconsistent with what I’m saying today.  We will ensure every dollar is spent well.  These changes will bring much-needed, long-overdue to — help to small businesses who really need help staying open, maintaining jobs and making ends meet.  And this is a starting point, not the ending point.

We need Congress to pass my American Rescue Plan.  It deals with the immediate crisis facing our small businesses.

Now, critics say the plan is too big.  Let me ask them a rhetorical question: What would you have me cut?  What would you leave out?  The American Rescue Plan targets $50 billion to support the hardest-hit small businesses after this program expires at the end of March.  Would you not help invest in them?  Would you let them continue to go under?  Would you leave them out again, like the previous administration did?

One of the things I’ve heard again and again from small-business owners like Pilar and Tim is that knowing about support is one thing; being — gaining access to getting it is another.

That’s why we proposed $175 million to bring community organizations in to serve as “navigators” who’ll help them through this process of application.

We would also establish a hotline, with help available in multiple languages, so folks can pick up a phone and get the help they need to stay open and serve their community.

Again, the critics: “It’s too big.”  Should we not — should we stop spending money on them?  Do we not want a return on investment that we make in these businesses to be able to stay open and thrive and pay back?

Why would we not want to make sure a small business, who lack teams of lawyers, bankers, and accountants, have an advocate — someone they can rely on — to direct them to help that’s there for them now — will be there for them?

The American Rescue Plan is a rescue plan for America’s small businesses and America’s mainstream businesses.  And we need Congress to pass it right away.  I’m grateful to the Senate and the House for moving so quickly.

And I want to make it clear: I’m prepared to hear ideas about how to make the American Rescue Plan better and cheaper.  But we have to make clear who we’re helping and who it would hurt.

I always try to help people like Tim and Pilar and all the country’s small businesses, and families, the workers, the communities that depend on them to survive, recover, and grow.

Major economists — left, right, and center — here and abroad say we should focus on smart investments that can make jobs available and focus on the jobs and in the people to prevent lo- — prevent long-term economic damage to our nation and to strengthen the economic competitiveness going forward.

In fact, an analysis by Wall Street’s firm, Moody’s, estimates that if we pass my American Rescue Plan, the economy will create 7 million jobs this year.  This year.

We’ve also been in constant contact with the mayors and governors, county officials, members of Congress of both parties in every state.  That includes a letter, I might add, from more than 400 mayors from big and small cities, Democrat and Republican.  They agree we have to act and act now.  They understand we’re not going to get our economy back in shape and the millions of people back to work until we beat this virus.

Getting our economy back means bringing our small businesses back.  And that’s what we’re going to do.  That’s what I’m doing today.  We’re going to focus.  The program ends at the end of March, but for the next two weeks, the only folks who can apply for that PPP money are businesses with fewer than 20 employees.

Thank you very much. 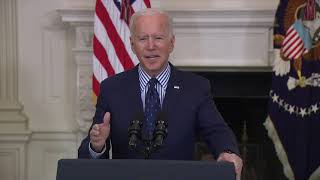 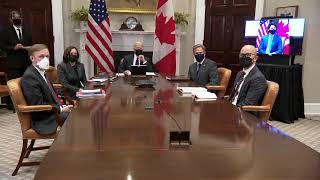 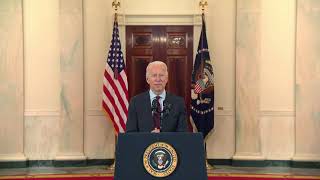 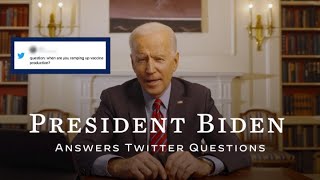 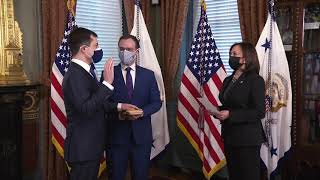 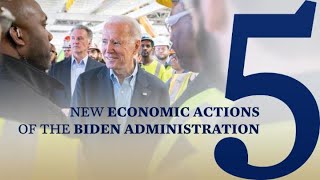 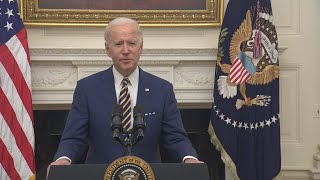 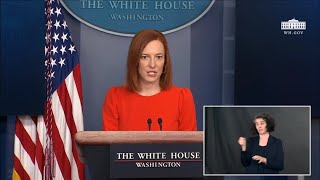