THE VICE PRESIDENT:  Good morning, everyone.  Please have a seat.  Good afternoon.

Madam Director, thank you for that very kind introduction and for your work.

But, for our director, I want to thank you for your leadership.  You have been an inspiration to so many.

It is truly an honor to be with so many leaders here today.  I’ve had the chance to visit with quite a few of you this morning.  And I will tell you — each and every one of you and our panelists: You inspire me and you inspire our nation.  And by extension, you inspire the world.  So, thank you all for what you do.

And to the members of our administration, the members of Congress who are here, private sector leaders, international partners, and, of course, my fellow Americans: Thank you and welcome to the second convening of our National Space Council.

So, 60 years ago next week, just up the road at Rice University, President John F. Kennedy delivered an address on the future of the American space program.

At the time, the space race with the Soviet Union was well underway.  And while our nation had made many discoveries and achieved many milestones in the years before — at the time, America was at real risk of falling behind.

And so, to the assembled thousands and to the entire world, President Kennedy made a vow: Before the end of the decade, America would do what no nation had done before, we would set foot on the Moon.

In the decades since, America has orbited Mercury, landed rovers on Mars, and flown by Pluto.  We have looked back on our Earth from billions of miles away.  And we have built a telescope powerful enough to observe our universe as it was billions of years ago.  Imagine.

For generations, with our allies and partners around the globe, America has led our world in the exploration and use of space.

And I do believe that our leadership has been guided by a set of fundamental principles — cooperation, security, ambition, and public trust — which is the recognition, of course, that space can and must be protected for the benefit of all people.

Today, as was the case 60 years ago, our nation’s leadership in space is critical to our economic prosperity, to our scientific and technological progress, and, in a time of increasing great power rivalry, to our national security.

So the mission of this council is to preserve and promote American leadership in space, to synchronize our nation’s civil and commercial and national security space activities so that America may continue to use space to improve the lives of people in our nation and throughout our world.

Last year, at the first meeting of the National Space Council, we identified three priorities essential to that mission:

First, expanding our STEM workforce.  And I’ve invited some students here today because they truly are the future of our leadership on that level.

Second, a priority is addressing the climate crisis.

Today, the business of our work is for the council to report on the work that has occurred since our last meeting across these areas.  We will, today, also discuss the work yet ahead — the work we must still do to continue to move forward.  In particular, the work we must do to build a skilled, technical space workforce; to advance human space exploration; and to establish rules for novel commercial space activities.

First: Building our skilled technical workforce.  So, last week, with many of you, I had the honor to visit the Kennedy Space Center.  There, I met some of the people who are building the future of the American space program.

And as you might expect, these were engineers; literally, rocket scientists; astronauts; and programmers.  And they were also welders, machinists, and electricians.

Today, the space industry employs tens of thousands of skilled technical workers.  Even so, there are thousands more jobs for technical workers — good-paying jobs that often do not require a four-year degree but are essential to our space program.  And these jobs are just waiting to be filled.

Last year, I called on private sector leaders to help our nation address, then, this workforce need.  And, today, I’m proud to say over a dozen commercial space companies are answering that call.

In fact, next month, these companies will kick off three regional pilot training programs: one in Florida, one on the Gulf Coast, and one in Southern California.  This coalition of companies will partner with our community colleges, with our technical schools, and our unions to help workers learn the skills they need to take on the new jobs that are being created in the space industry and to help our nation lead the way in space.

So that brings me to our second area of focus, and a focus of our meeting for today as well, which is advancing human space exploration.  Soon, for the first time in half a century, America will go back to the Moon.

The Artemis Program will return American astronauts to the Lunar surface, in- — yes.  (Applause.)  Yes.  And as Madam Director mentioned, the — it will include the first woman and person of color.

And think about it: So, when we went before, indeed, with pride, we planted our flag.  It was rather temporary that visit.  With the Artemis Program, it’s not just to visit but to live and to work on the Moon.  Think about that.

And our nation is also leading the way in human space exploration closer to home.

For over two decades, astronauts aboard the International Space Station have advanced scientific progress.  In fact, I was — I was honored to speak with three of them this morning from here, of course.  NASA has used the station’s unique microgravity environment to develop new treatments for cancer and rare genetic diseases.

And when I spoke with them this morning, they talked about how their work is helping us fight the climate crisis.  They’re work is increasing the productivity of our farms and slowing the effects of aging.  So our administration and we all gathered today are committed to continuing that work, which is why last year, our administration announced that we would extend our commitment to the International Space Station through 2030. (Applause.)

And that being said, we are aware that the International Space Station will not remain operational forever — that we all know — which is why NASA is working with the private sector to develop the first generation of commercial space stations.

And as we will discuss more today, our administration remains committed to making sure that NASA maintains the capacity to conduct cutting-edge research in space, which brings me then to our final area of focus: establishing rules for novel commercial space activities.

Today, private space companies have capabilities that would have been difficult to imagine even a decade ago.  Today, private companies can dock satellites in orbit.  They can capture and move space debris out of the way of our satellites and space stations.  And soon, they will be able to repair and even build new structures while in orbit.

These novel activities will enable America’s continued leadership in space.  But because these capabilities are so new, few rules currently exist to ensure that they are conducted safely, effectively, and sustainably, which is why, in consultation with civil and commercial stakeholders, our administration is currently developing the first rules as a framework for novel space activities.

These rules will promote innovation and enable competition.  They will reinforce the sources of America’s global strength, such as our innovation and our industrial capacity.  These rules will be flexible enough to cover space activities that have not yet even been imagined.  And they will help ensure that our nation remains a global role model for the responsible use of space.

All of this, then, is part of our administration’s larger vision for space.  As I explained last year: As activity in space grows, we must also establish international rules and norms to reaffirm the rights of, and demand responsibility from, all space-faring nations.

Since our last meeting, eight new nations have signed on to the Artemis Accords, which establish clear norms for civil space exploration, bringing the total number of signatories to 21.

This April, I announced that our nation would not conduct destructive, direct-ascent, anti-satellite missile testing.

And later this month, the United States will introduce a resolution at the United Nations General Assembly to call on other nations to make the same commitment.

And here is my final point: Much has changed since our nation first set our sights on the Moon six decades ago.  We have traveled billions of miles into the unknown, and we have learned many great and profound truths about our universe.

And yet, in a very real sense, we have only just begun our journey into space.  There is so much we still don’t know and so much we still haven’t done.  Space remains a place of undiscovered and unrealized opportunity.

So, our task then and our responsibility, dare I say, is to work together to guide humanity forward into this new frontier and to make real the incredible potential of space for all people. 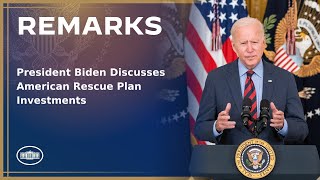 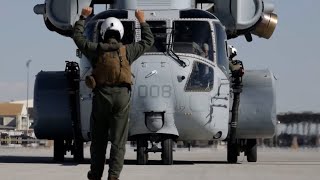 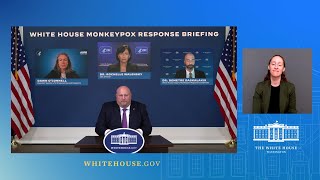 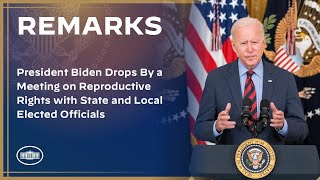 President Biden Drops By a Meeting on Reprodu 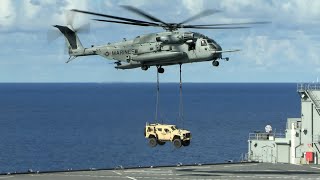 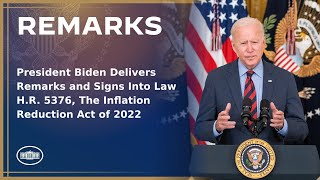 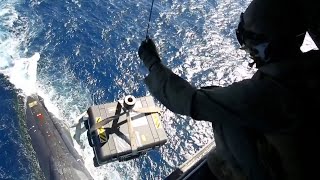 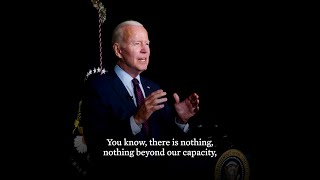